Matt Sheppard powers his No. 9 to victory at the 2011 Super DIRTcar Series race at Merrittville Speedway

Big-Block Battle for Points at Merrittville

Sheppard Leads Hearn by One Point in Super DIRTcar Series

Sheppard, who won the series’ appearances at the same 3/8-mile banked clay track in 2009, 2010, and 2011, said his past experience will benefit his performance in round six, and perhaps help him build his lead.

“We’ve won the last three years in a row up there, so hopefully we can go up there and make it four in a row,” said Sheppard, defending Super DIRTcar Series Champion. 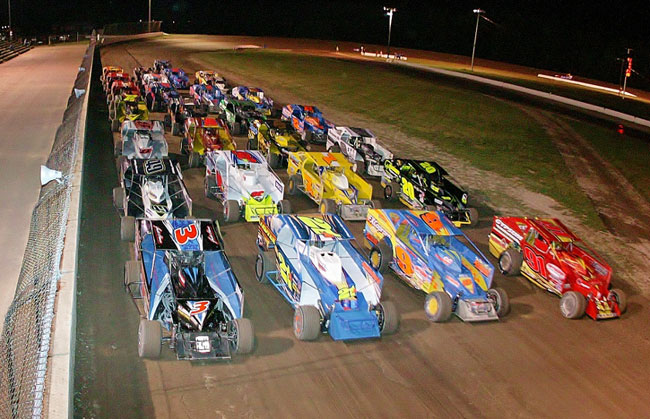 Super DIRTcar Series Gearing Up to Make History in Michigan

LAKE ODESSA, MICH. – July 30, 2012 – The first caravans westward may not have carried haulers loaded with 800-plus horsepower Big-Block Modifieds, but this one will. The Super DIRTcar Series roars into Michigan on Tuesday, Aug. 7, for the first time in history with a race at I-96 Speedway, bringing drivers from as far east as New York and New Jersey for a 100-lap race touting the power of the Northeast’s Big-Block Modifieds.

For this historic night of racing, the series, a staple of short-track dirt racing in the Northeast, makes its farthest haul west in its 37-year regime. Earlier this season I-96 Speedway was host to  the World of Outlaws Sprint Car Series on its 3/8-mile, high-banked dirt oval, but for this special event the speedway is re-opening its half-mile track to these formidable and exotic machines.

DRUMMONDVILLE, QUÉBEC – July 25, 2012 – Persistence pays off. It did for “Super Matt” Sheppard at Autodrome Drummond Tuesday, July 24, as he worked his way toward his second 2012 Super DIRTcar Big-Block Modified Series win.

Sheppard drew the fifth spot for the 100-lap feature, but started off on the wrong foot, falling from the top five soon after the green flag waved. However, through two lead changes and four cautions, he steadily gained ground in his JB Motorsports no. 9s FX Caprara Car Co./Xtreme Lubricants/Bicknell entry and, finding the inside in lap 83, launched past then-leader Brett Hearn for the top spot. With fewer than 20 laps left, Hearn fought hard to regain his position, but Sheppard resisted and crossed the finish line victorious.

GRANBY, QUÉBEC – July 23, 2012 – A hot and humid day greeted race fans and drivers for the fifth race of the Super DIRTcar Big Block Series presented at beautiful Autodrome Granby. The pits were full and 40 Big Block Modifieds had time to test the track and were ready to take their time trials sessions when inclement weather moved into Granby forcing promoters Dominic Lussier and Jean-François Tessier to cancel tonight’s show. 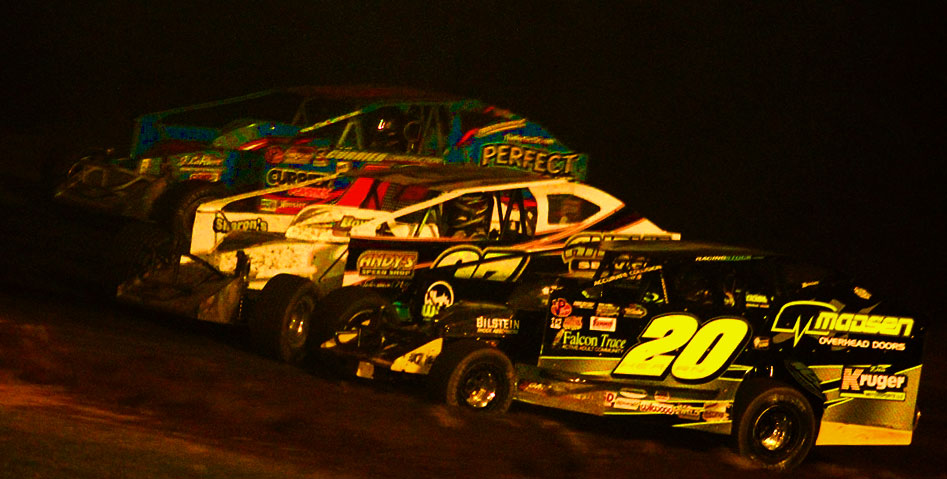 GRANBY and DRUMMONDVILLE, QUÉBEC – July 19, 2012 – The Super DIRTcar Big-Block Modified Series travels to Quebec for back-to-back race nights Monday and Tuesday, July 23 and 24. Rounds five and six of the series will determine whether seven-time series champion Brett Hearn can maintain his current point lead against other Modified greats, like two-time consecutive champion Matt Sheppard, as well as some of the best local talent Québec has to offer.

Hearn, who just came off a successful run both promoting and placing second in the Big Show 4 Tuesday, July 10, at Albany-Saratoga Speedway, said his team is busy preparing for Monday’s race at Autodrome Granby and Tuesday’s at Autodrome Drummond.

“We’re very pleased that after four races we’re in the lead, but we also know that there’s a long way to go, so we’ve got to buckle down and tackle one race at a time,” said Hearn, who currently has three top-five finishes and four top-ten finishes for this year’s series. 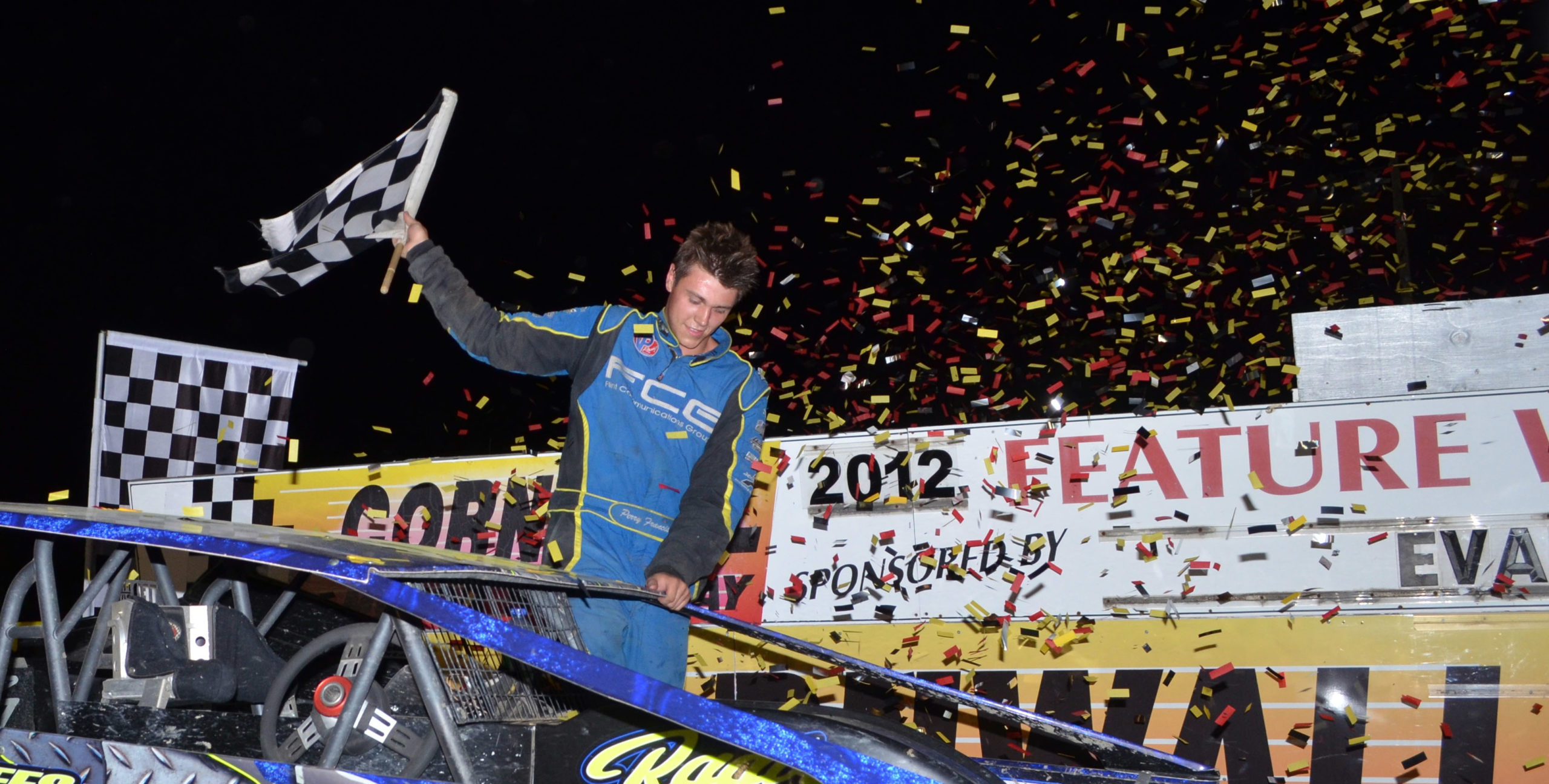 WEEDSPORT, N. Y. – July 12, 2012 – When Chris Raabe maneuvered his 01 small block around the quarter-mile oval at Cornwall Motor Speedway to his first career Super DIRTcar Series victory Sunday, July 1, he marked himself a worthy contender even against more powerful Big-Block Modifieds. Raabe, who has triumphed against Big Blocks before, although never before in a series race, proved that up-and-coming drivers don’t have to start big to win big.

The 21-year-old resident of Napanee, Ontario, said the small blocks he drives have their niche, and, given the right conditions, can rival the Big Blocks for top spots. For instance, the comparatively short track at Cornwall, where the lack of long straight-aways diminishes the effect the engine power differential has on the race, creates opportunity for small blocks to lead the pack.

“There’s a time and a place for a small block, and anytime you’re on a long track, the bigger tracks, the Big Block always prevails,” Raabe said. “But sometimes you do come across a small block track, and there they’re just as competitive as the Big Block at times.”

MALTA, N. Y. – July 11, 2012 – After a fast-paced 100-lap neck-and-neck battle with Brett Hearn, Bobby Varin came out on top to win round four of the Super DIRTcar Big-Block Modified Series, part of the Big Show 4 at Albany-Saratoga Speedway. (CLICK FOR FULL RACE REPORT)

MALTA, N. Y. – July 10, 2012 – Following post-race actions at the July 1st, 2012 Super DIRTcar Big Block Modified Series event at Cornwall Motor Speedway in Cornwall, Ontario-Canada, Danny Johnson of Rochester, New York has been “Parked”. Parking may occur when a driver does not adhere to the DIRTcar Rule Book and may occur as a directive from a Supervisory Official to any World Racing Group event as a disciplinary action. 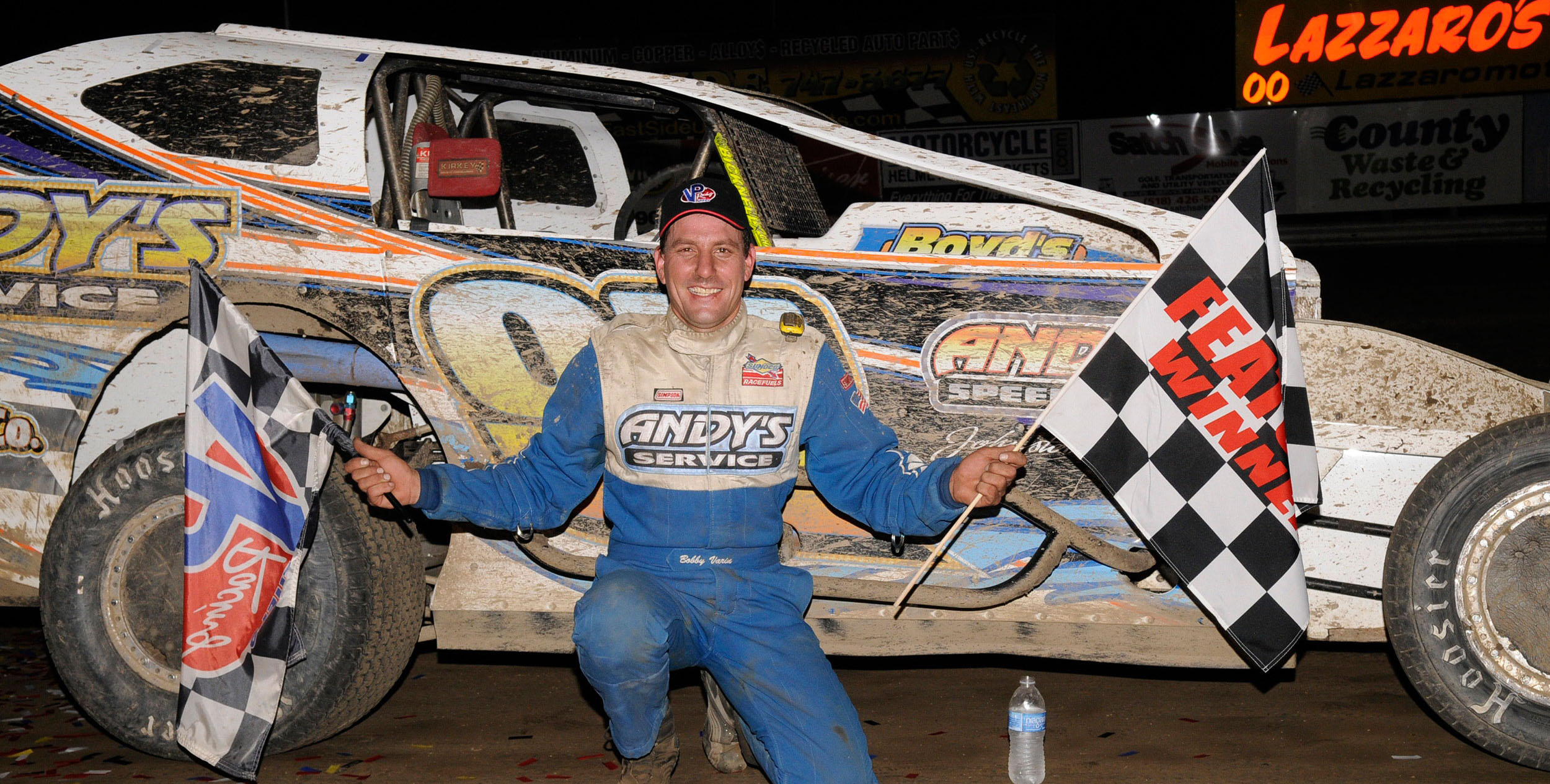 
MALTA, N. Y. – July 11, 2012 – After a fast-paced 100-lap neck-and-neck battle with Brett Hearn, Bobby Varin came out on top to win round four of the Super DIRTcar Big-Block Modified Series, part of the Big Show 4 at Albany-Saratoga Speedway.

Varin took advantage of heavy lapped traffic in turn four of lap 77 to overtake Brett “the Jet” Hearn and maintained the lead, fending off multiple challenges made by the No. 20 driver.