The Super DIRTcar Series remains the premier Big Block Modified tour in the Northeast and returns this year to continue its showcase of the most talented race teams at some of the most diverse and demanding clay ovals in the nation today. The Series’ prized jewel, Billy Whittaker Cars 200 at the Oswego Speedway, is an October staple. Offered below is a brief background of the Super DIRTcar Series and a historical piece on the evolution of the Big Block Modified, plus a complete listing of overall Hoosier Tire-VP Racing Fuels DIRTcar champions, Super DIRTcar Series race winners and host track sites, along with an all-time tour record book plus annual championship point standings.

In the beginning…..
Many long-time race enthusiasts felt that an end to an era had come when Langhorne (Pa.) Speedway closed for the final time after the 1971 Race of Champions. Just a half-dozen years earlier another era had quietly passed by when the Langhorne one-mile oval was paved. Since its beginning in 1951 the RoC had evolved into the biggest year-end extravaganza for Modified teams and their loyal supporters. When the asphalt arrived in 1965 it seemed to once and for all end the great years of major league dirt track racing in the Northeast.

Enter Glenn Donnelly. The fledgling track owner announced the first Schaefer 100 (today’s Billy Whittaker Cars 200) at the New York State Fairgrounds in 1972 and a brand new era in dirt racing was begun. To promote the inaugural ‘World Series of Dirt Track Racing’ event at the historic Syracuse Mile he devised a series of qualifying races to guarantee starting berths for the autumn event. Today the same tour is recognized in motorsports arenas everywhere as the Super DIRTcar Series, yet it now runs from spring to fall and determines the best Big Block Modified team in the Northeast.

While the Series has naturally grown in proportion to increased point fund dollars, television and internet coverage, such a high degree of corporate response and national notoriety were never the intention. The original idea centered around having the best drivers from the best tracks meet for one final showdown at Syracuse. It was never designed to have drivers follow an entire series loyally.

As the years rolled on, company money was secured to keep the qualifying trail alive and help it generate an identity of its own. While a Syracuse trophy still remained the top prize in DIRTcar Racing, the prestige of capturing the Super DIRTcar Series became just as evident to competing teams. Today, lucrative purses and DIRTVision broadcasts have made it one of the most recognized series of its kind in the country.

Thirteen events comprised the 1972 & ’73 Syracuse qualifying trails but Super Series III in 1974 was the first to declare a true champion and offer a season-ending point fund. Will Cagle out-gained two-time Schaefer champion Buzzie Reutimann to capture the inaugural title that rewarded him with a $4,500 payoff.

Cagle also copped the next three Series Championships before the point fund was unceremoniously eliminated in 1978; which only hurt individual qualifying events as the number of invading drivers diminished. The point fund was reinstated the following year with support from CRC High-Performance Chemicals and has prospered ever since with a brief backing from Sun Country Cooler (1986), a long-term agreement enjoyed by U.S. Tobacco Company (1987-98) and later Advance Auto Parts. The 1980 season marked the first time that points earned in the Super DIRTcar Series went toward crowning an overall DIRTcar champion while the summer and autumn trails were ultimately combined at the start of the new millennium.

Over the past two decades, the Super DIRTcar Series has matured into one of the top-ranking open-wheel tours in the nation, turning full circle since its informal inception in 1972. While initially created only to lure the best Modified teams to Syracuse, the modern-day Super DIRTcar Series champion is now crowned in November following the conclusion of the World Finals at The Dirt Track @ Charlotte in North Carolina.

WHAT IS A DIRTcar NORTHEAST MODIFIED?
The Modified stock car is auto racing’s oldest organized form. When stock car racing replaced midgets as America’s most popular short track racing following World War II, it was the Modifieds which were the essence of the sport.

The first major stock car racing sanctioning body was the National Association for Stock Car Auto Racing. And when NASCAR started business in 1948, it sanctioned only one class of cars: Modifieds. Sportsman, Grand National (now Cup) and late model divisions all came later.

In this early era, the word “modified” was a reference to engine specifications. Modified racers were allowed to modify their motors by boring cylinder walls and using oversized pistons. This was contrasted by the sportsman car which had basically a stock engine. Because of the boring, modified motors had a larger cubic inch displacement than their sportsman counterparts. Although both classes of cars have evolved dramatically from their WWII infancy, the names modified and sportsman still remain with us in racing today. And the names are still symbolic of the 1940s stockers; meaning a modified is generally a powerful race car and a sportsman type is a smaller engine race car.

A typical 1940-50s modified was generally a stock automobile, with the glass removed, a roll cage installed, and a souped-up motor. Hence the division’s name: Modified Stock Car.

However, in the 1960s, changes in the division became visibly apparent as the bodies were channeled and lowered. The car builders started mixing and matching components (i.e. a GM frame with a Ford body). A very subtle but historically significant alteration also became obvious: front fenders, which were heretofore trimmed for tire clearance, were removed altogether. The changes further made for a lower, leaner racing machine.

But the visual changes of the 1960s were no comparison to the wholesale revolution which altered the modified breed in the 1970s. The customary dirt-track modified stock car circa 1968 featured a 1955 Chevy frame with a 1948 Ford truck front axle, a 1936 Chevy coupe body, 1960 Buick brakes, and a 427 c.i. Corvette engine. Every car component —except the engine— was an item readily available in the neighborhood junkyard. Despite representing a mish-mash of manufacturers, the late 1960s style modified was truly a stock car, made up of stock parts sold by Ford, GM, and Mopar.

But then, seemingly in a rapid-fire succession, a trio of revolutions forever altered the face and name of modified stock car racing.

The first change involved the bodies. By the mid-1960s the coupes and sedan shells from the pre-war era were becoming both scarce and expensive. The junkyard man knew if the racer didn’t want to pay the asking price, the antique car collector would make up the difference. Thus, several racers experimented with alternatives to the traditional exterior scheme, using compact bodies like Chevy Corvairs, Ford Falcons and Mustangs. But even these compacts emerged slightly too big and had to be cut to fit properly.

It wasn’t until 1970, when Detroit introduced the subcompact car, that a solution was discovered. Chevy unveiled the Vega, AMC offered the Gremlin and Ford introduced the Pinto. Late in the same year, New Englander Bob Judkins discovered that a Pinto shell fit perfectly over a modified chassis. The first shot in the revolution was sounded.

The body of choice on the dirt circuit was the Gremlin and AMC Eagle. Cars like the Gremlin, Eagle and Dodge’s Omni were very boxy types, with flat sides, flat doors and a flat roof. So crude and simple was the Gremlin body that racers soon found that they could reproduce the Gremlin-look in their shops using flat sheet metal. By the late 1970s, homemade bodies were state-of-the-art creations on the DIRT home front.

The late Dick Tobias from Pennsylvania revolutionized the chassis of the modified stock car class in the early 1970s. He began mass production of an entirely homemade chassis of which the roll cage was an integral part, constructed of tubular steel. Tobias also fabricated front axles and other assorted necessary components which were affixed to the generic chassis.

With the Tobias tube chassis, the racer could then have a frame and roll cage of brand new steel as opposed to something that had been sitting in a junkpile for 25 years for not much more in cash outlay and for significant savings in man-hours. DIRT Motorsports proxy Glenn Donnelly legalized the tube chassis at his tracks in 1976.

The third revolution, that of the vital components and essential parts, took place more slowly. In the 1950s drag racing was a very popular sport in America, more so perhaps than oval track racing. And while drag racers were known as big spenders, stock car racers were anything but.

To serve the drag racer many small companies sprung up in the 1950s and 1960s with the sole purpose of producing racing parts; i.e. seats, shocks brakes, wheels, rear ends, roll cage padding, etc. Whatever the item, a team could buy it specially made for competition on the drag strip.

But by 1970, drag racing had lost some of its luster. Interest was waning and the companies that served drag racers with after-market parts began to lose money. To salvage these same companies, the specialty-market producers started to court the oval track fraternity. And by the end of the decade, they had successfully conquered the sport.

“Back in my day I was a champion because I could build a better car,” once moaned 1950s modified kingpin Kenny Shoemaker of Albany. “Now all you have to do is open your wallet and buy a better car.” Indeed, the typical DIRT Modified that evolved from the 1970s was a store-bought custom piece, from front to rear bumper. From a form of car that just a dozen years earlier was made up of 100% junkyard stock parts, the 1980s open-wheel edition consisted of no stock components whatsoever. Therefore, modern-day cars are simply called DIRT Modifieds; not modified stock cars anymore.

The 1980s were a time period filled with vast changes in the outer veneer of the modified body but little other changes beneath the skin. Floridian Gary Balough placed the final nail in the coffin which contained the word “stock” in the classification of modified stock car. Balough’s 1980 ride the infamous black no. 112 ‘Batmobile’ entry at Syracuse during Super DIRT Week proved to the modified world that what the car’s body did was more important than its actual appearance. So concerted was the notion of “substance over form” in the Balough/Weld mount, what became lost was the idea of what these cars were supposed to look like. So what if streetcars don’t have roofs that look like wings! So what if the doors on the family buggy don’t have ground effects! So while the 1980s witnessed various expansions on the thoughts first espoused by Balough and Weld over a decade earlier, the 1990s began and continued with a reversion in the other direction. Only time will tell what the new millennium has in store as today the entire DIRTcar circuit has assumed an identity all its own. The future remains to determine the destiny of the cars’ outward appearance while the internal components remain essentially the same.

So then just what is a DIRTcar Modified? It’s a five-word question with a fifty-year answer! 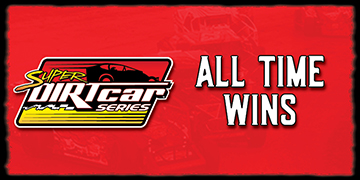 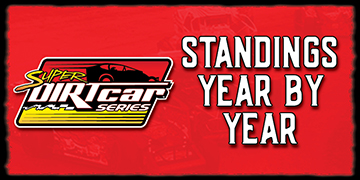 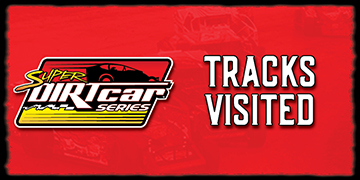 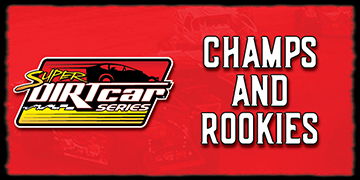