The Super DIRTcar Series remains the premier traveling tour for Big Block Modifieds in the nation.

Each Big Block Modified Super DIRTcar Series event follows a traditional short-track program including pre-race Hot Lap sessions, qualifying through Time Trials, Heat Races, and a Last Chance Showdown, all leading up to the 30-car Feature. The number of cars entered that night determines the number of preliminary races. The top 12 qualifiers in the heat races redraw for starting positions.

Only driver points are awarded in Super DIRTcar Series feature events, with the winner receiving 100 points and those drivers finishing in 24th-place and beyond earning 40 points. Every driver attempting to qualify for the feature is credited with 10 points

What is the Super DIRTcar Series?

What is a Big Block Modified?

A Super DIRTcar Series Big Block Modified is a purpose-built open-wheel race car, which must weigh at least 2,500 pounds with the driver in the car. The 467-cubic inch engine is fueled by methanol, and produces roughly 650-800 horsepower.

Where does the Super DIRTcar Series race?

The Series races from in the northeast United State and Canada.

How long is the season?

The season traditionally opens in early February in Florida at the DIRTcar Nationals and concludes in early November (1-3 this year) with the World of Outlaws World Finals at The Dirt Track at Charlotte in Concord, NC.

Races take place in New York, New Jersey and Canada on dirt tracks ranging in size from a 1/4 mile to a 5/8 mile. The schedule consists of about 30 events contested at 19 tracks.

Drivers Meeting — Prior to each night of racing, all Super DIRTcar Series drivers and crew members attend a mandator meeting conducted by Series Officials. The meting outlines the night’s racing and any procedural changes that may be in place.

Hot Laps — Group practice sessions of three or more laps (depending on track size) are run at speed for drivers to ensure their cars are ready for qualifying. Groups are determined by a draw that also determines the order for time trails.

Time Trails (or Qualifying) — Each driver runs two timed laps to determine where they will start in the Heat races. Any competitor who misses his spot in the qualifying order by more than two places is allowed one lap at the end of time trails with restrictions placed on how well they can officially be scored.

Heat Races (or Heats) — A series of 8 to 12 lap races (depending on size of track) that determine which cars will move on to the Feature or Last Chance Showdown. The top five cars in the Heats transfer when there are four heat races. If there are three heat races, then the top six transfer to the Feature. The number of Heats depends on the number of cars.

DIRTVision Dash — The top two finishers from each of the Heats qualify for the DIRTVision Dash, which determines their starting order in the Feature. The drivers draw for their place in the Dash lineup.

Last Chance Showdown — This is the final chance a driver has to make it into the Feature. The top 4-6 drivers (depending on car totals/heat races) in an 8 to 12 lap race (depending on track size) will transfer to the back of the Feature lineup.

Feature — The final race of the night determines the champion, who enters Victory Lane followed by the second and third place finishers. These three constitute the Podium. Depending on the size of the track, the Feature usually ranges from 25 to 100 laps, which is predetermined and shared with the drivers and teams at the Drivers Meeting. 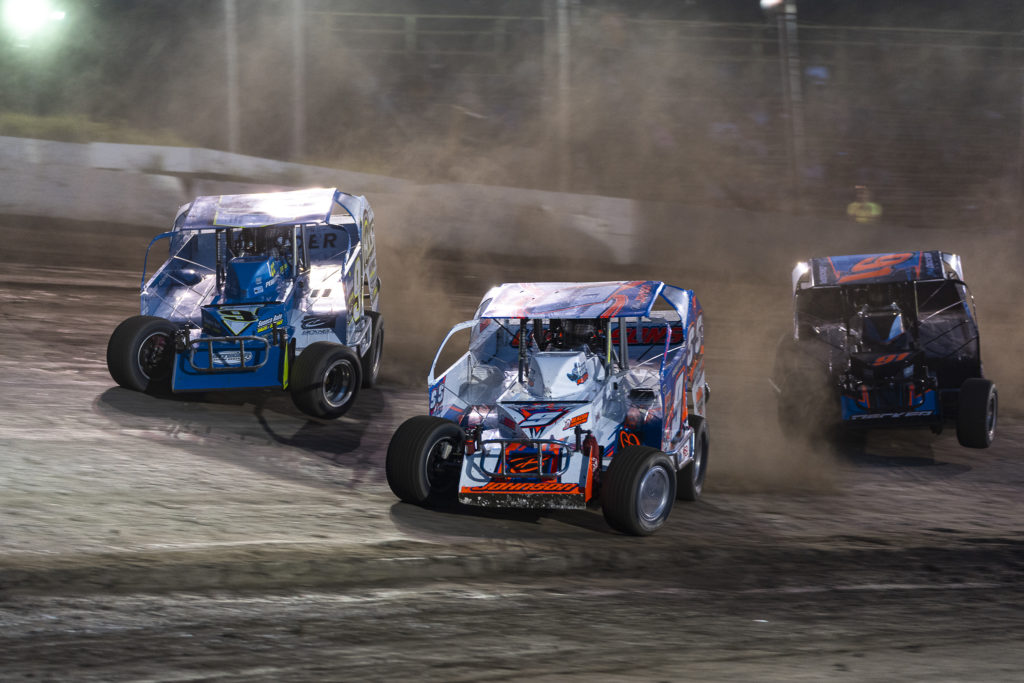 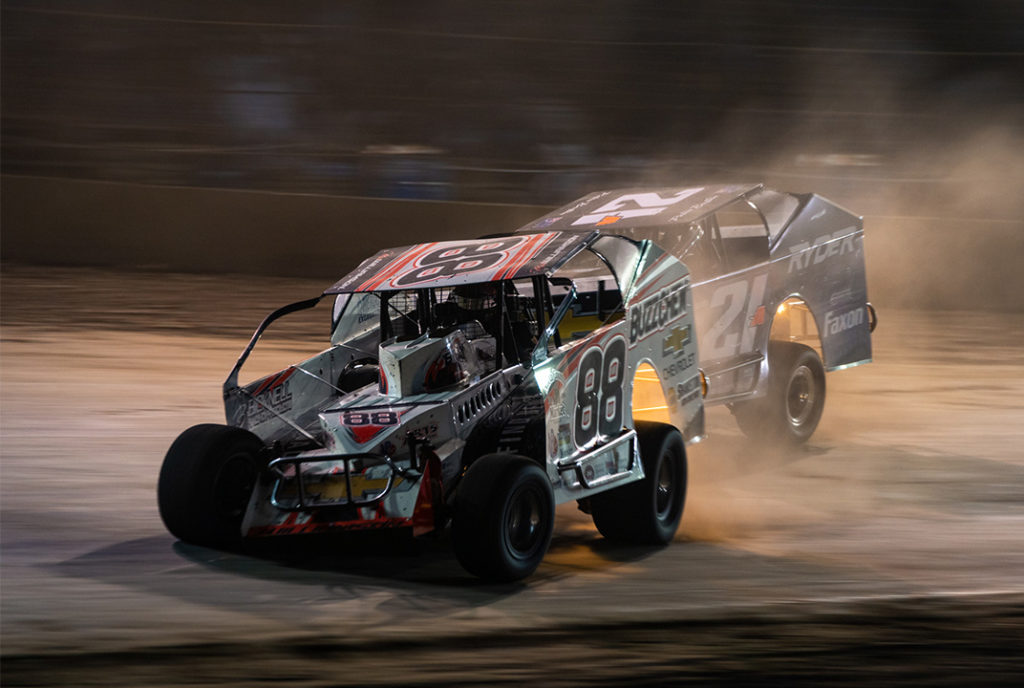 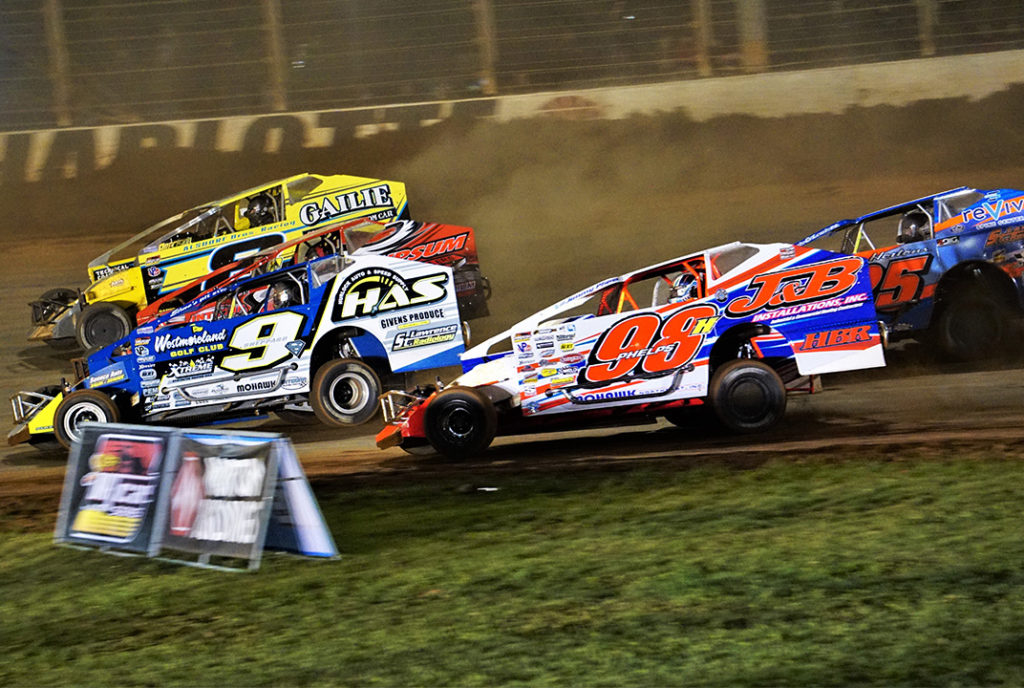 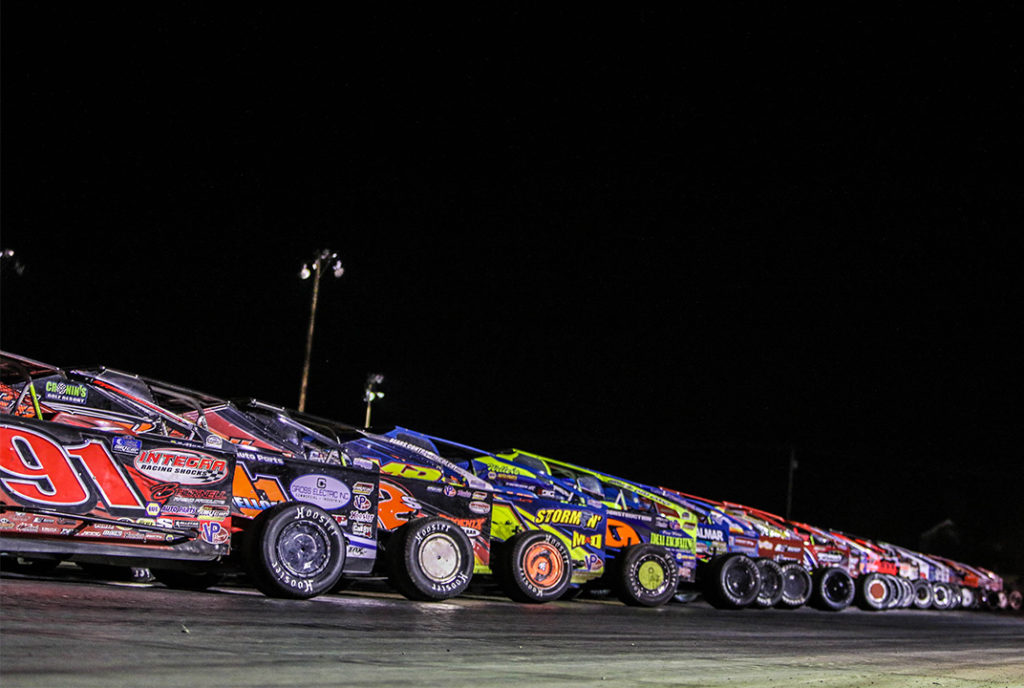