CANANDAIGUA, NY – October 10, 2020 – Fans of Matt Sheppard were wondering where exactly where the “Super” has been during this week’s DIRTcar OktoberFAST presented by DIRTVision. Many had him pegged to win multiple Billy Whittaker Cars Super DIRTcar Series Features and certainly, a few podium finishes this week. But that did not materialize until tonight at Land of Legends Raceway.

Matt Sheppard, from Waterloo, NY,  held off repeated challenges from King Ferry, NY’s Mike Mahaney, who, with another third-place finish, is now on a four-race streak of top threes. That’s the best streak he and his Adirondack Auto, Tony Monaco Landscaping No. 35 team has ever had on the Super DIRTcar Series trail.

Second-place finisher Mat Williamson, from St. Catharines, ON, passed Mahaney late for second and was reeling in race winner Matt Sheppard in the final ten laps. Unfortunately for the Buzz Chew Chevrolet race team, the lap counter was not their friend and the 60-lap SuperGen Products/Champion Power Equipment OktoberFAST Feature went to the seven-time Super DIRTcar Series Champion Matt Sheppard.

The Hurlock Auto & Speed Supply No. 9s has been mired mid-pack most of this week. The team threw everything they had at the car setup-wise but couldn’t make it handle the way he needed it to. So they went with the most drastic change of all and prepared an entire car for Land of Legends Raceway, a track Sheppard has won a lot of races on.

Like Clark Kent ducking in and out of a phone booth, “Super” Matt went back to the shop and reemerged with his $7,500 Feature-winning mount. 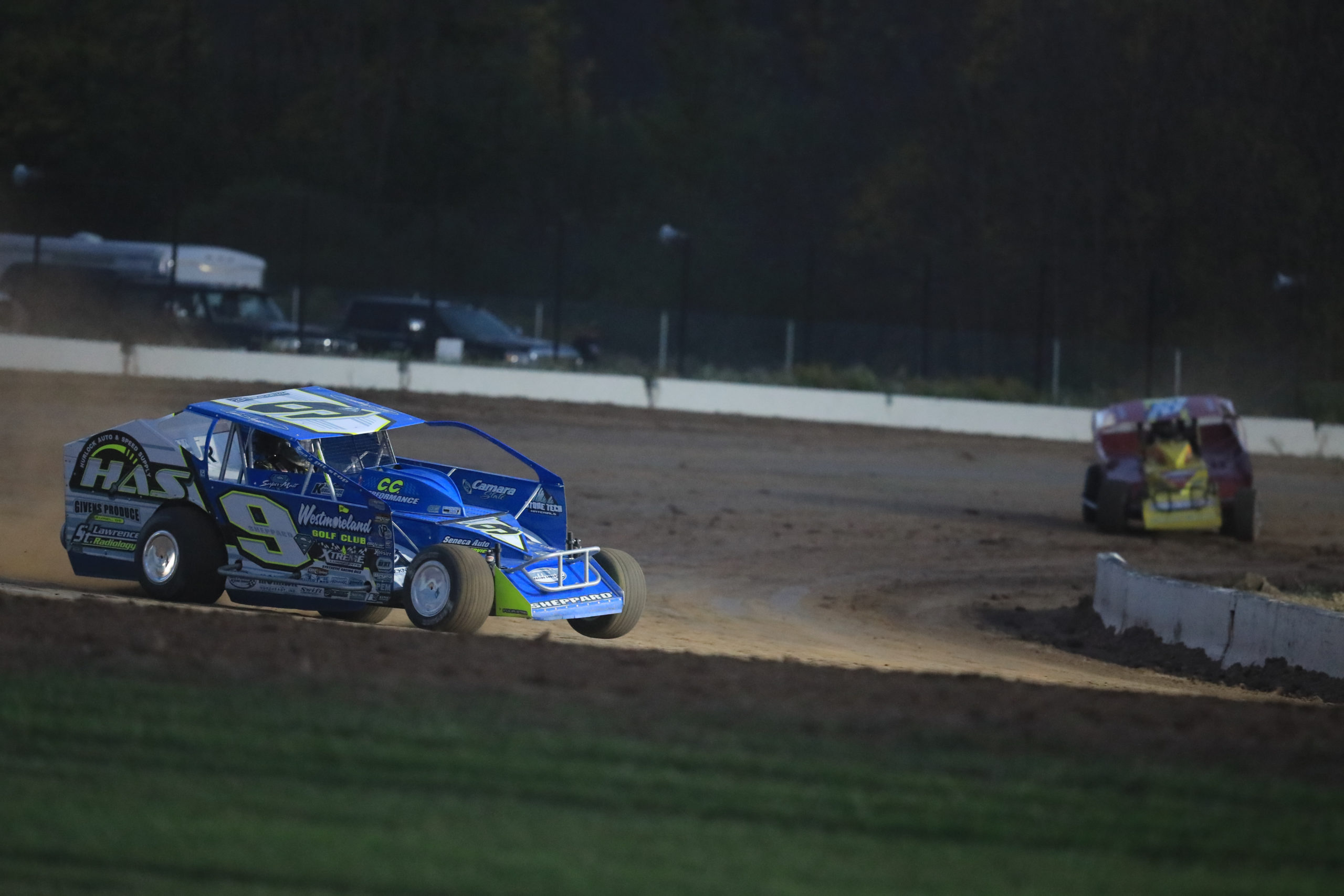 “We’ve had a miserable week. We brought this new car out today and it was a Hail Mary,” Sheppard said. “We knew if there was any place that we could turn it around that it would be here tonight.”

“I put the same setup in this car that I had in the other one all week and it was a rocket ship. The other one not so much,” Sheppard said grinning. “Thank God everything went our way. The car was flawless all night.”

Matt Sheppard has won over 70 Feature races at Land of Legends Raceway in Canandaigua, NY. The 60-lap OktoberFAST Feature win was his 79th all-time Super DIRTcar Series victory. He is now ten wins away from equalling Danny Johnson’s second-place position on the all-time wins list.

2019 Super DIRTcar Series champion Mat Williamson has been in a similar situation as Sheppard for much of OktoberFAST and scoring a top-three finish was an important confidence boost going into the $10,000-to-win 75-lap OktoberFAST Feature at Weedsport Speedway.

“We made a lot of changes and we’ve been working with Integra Shocks all week. We’ve been fast for a year and a half so we were really religious to our setup,” Williamson noted. “We were open to change today because obviously what we were doing wasn’t going to win us any races. The race track was favorable to passing tonight. We were there at the end.” 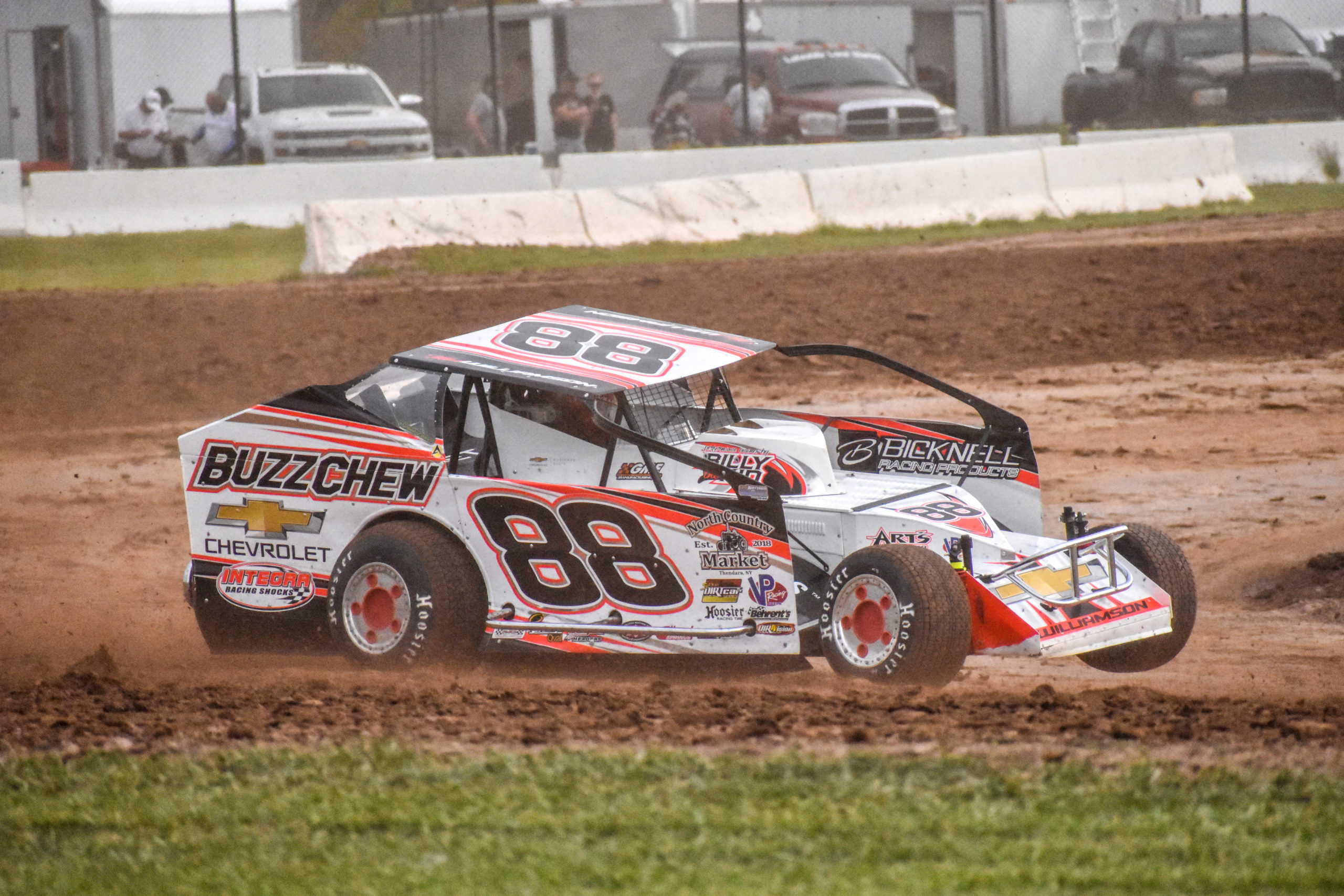 Williamson was pleased with how racy they were in the Feature during the second half of the race.

“We struggled for the first 30 laps, just hanging in there. We would have liked to see the cushion go away a little bit but you could throw some slide jobs,” said Williamson. “It was good hard racing with Mike [Mahaney] and we hope we put a show on for the fans.”

Mike Mahaney isn’t tired of stepping on the podium but he would love to check out the view from the top step.

“I am real happy with our consistency this week. We’re doing well. I can’t say enough about my team. They’ve been working hard.” said Mahaney. 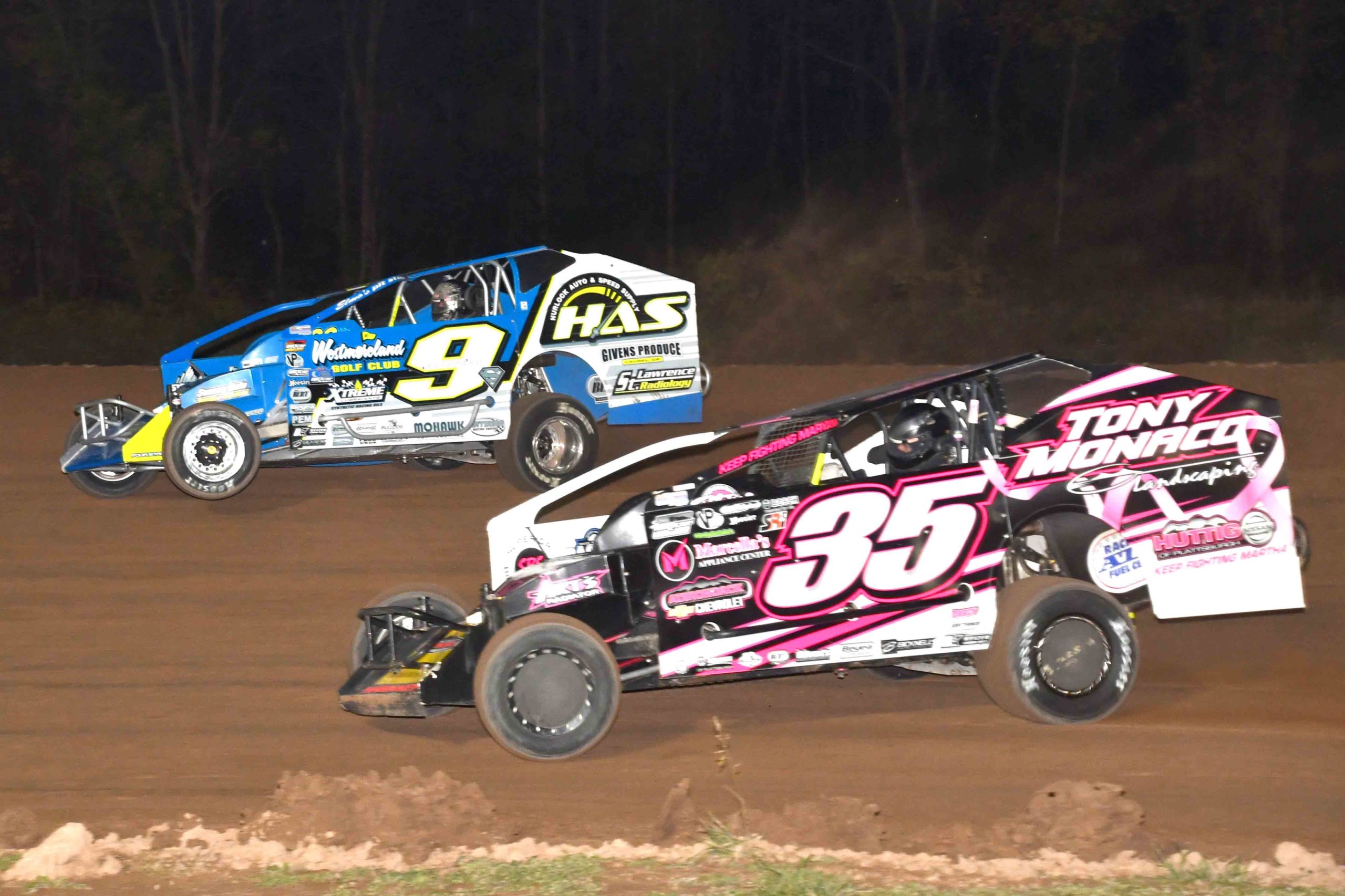 The Adirondack Auto race team competed in both the Billy Whittaker Cars Super DIRTcar Series races and the Bicknell Racing DIRTcar 358 Modified Series events. Despite all of that Mahaney has been the most consistent of all the drivers during OktoberFAST.

But it takes a Herculean effort to make that happen.

“I think they were all exhausted today. We got here at four in the morning and woke up at 9:30 to move in so it’s a lot. I’m happy to be doing it. I love driving race cars.”

“Matt [Sheppard] was faster than us most of the race. I was really hoping the track would get a little slicker. It usually does but man it stayed fast around the top and he did an awesome job,” Mahaney said.

“Congratulations to him and Mat Williamson. We had a good race for second at the end. I didn’t mean to get into him in the wall on the front stretch,” said Mahaney. “I didn’t see him coming. Once he got there we threw a couple of sliders at each other and hopefully made it exciting for the fans.”

Fittingly, Justin Haers, from Phelps, NY, won the SuperGen Products/Champion Power Equipment Fast-Time Award. Haers has always called Canandaigua home and to be at the top of the charts of a premier Big Block Modified field was a special moment. Haers had some issues in the Feature and finished twentieth.

Another Land of Legends Raceway regular had a huge night. Erick Rudolph, from Ransomville, NY, took the SuperGen Products/Champion Power Equipment Hard Charger Award for passing fifteen cars to finish fourth. Rudolph made it up to third but the inside line had a disadvantage on restarts and Mat Williamson reclaimed the position, ending his run to the front. 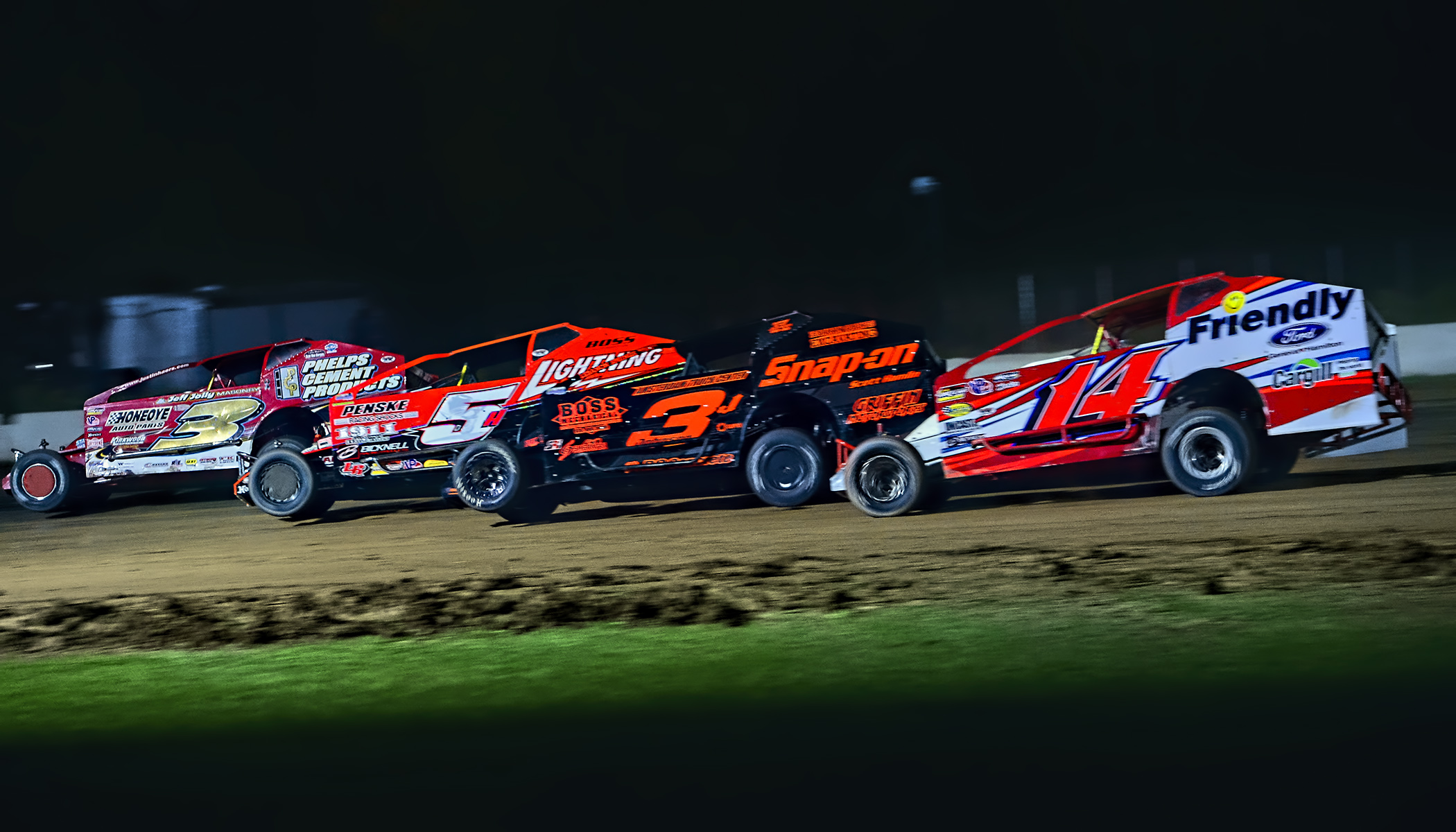