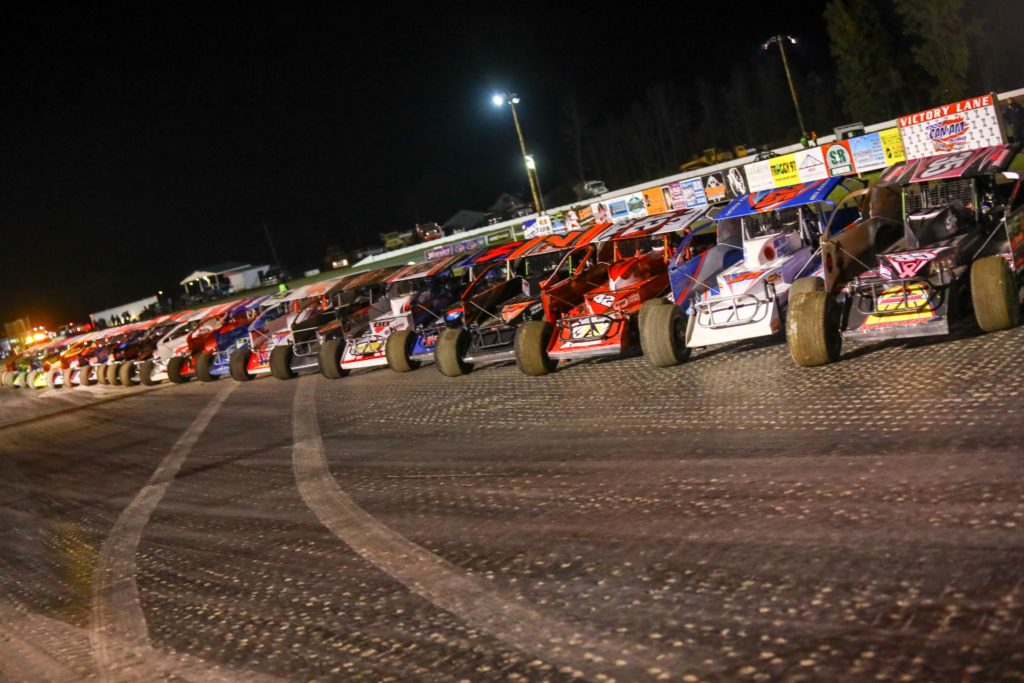 LaFARGVILLE, NY – Today is a day of celebration. Not just 410 Sprint Car Day. Today marks the long-awaited return of the Super DIRTcar Series in the Northeast.

The 100-lap Feature will separate one driver from the 26-car starting lineup. There is no shortage of storylines going into this highly anticipated race.

If you can’t make it to the track, every Super DIRTcar Series race will be broadcast live on DIRTVision.

The Championship Begins: The biggest names in dirt modified racing are bringing their Big Blocks to bear at Can-Am. Mat Williamson, Matt Sheppard, Larry Wight, Billy Decker, Jimmy Phelps, and the list goes on are locked into a season-long championship battle and it all starts with the $7,500-to-win Thunder in the Thousand Islands 100.

All 17 full-time Series are slated to be in the house with 20-plus others making their intentions known. Plus, there may be a few more surprises dropping by the LaFargville, NY race track. Max McLaughlin, who won the Big Gator championship at the DIRTcar Nationals over Billy Decker is set to go for the $7,500 grand prize.

The Bandit and The Bat: Watch for Jimmy Phelps and Peter Britten to make some noise as both drivers have made the switch to Bicknell chassis and have shown early success and speed with them. Phelps and Britten are experienced, confident drivers who know how to take the long view of a Super DIRTcar Series season.

Phelps came away with a pair of top-10s at Volusia but he’s coming off a huge night at Fulton Speedway last October sweeping both the Super DIRTcar Series Feature and the DIRTcar 358 Modified Series Feature.

Britten put together a superb DIRTcar Nationals in his new Bicknell, picking up two top-fives and four top-10s in four races. Batman has finished outside the top-10 in his last two Series starts at Can-Am.

Rookies in Victory Lane?: DIRTcar Sportsman Modified Series champion Kevin Root has made the move into Big Blocks in a big way. He’s behind the wheel of the fabled #4* which has been filled by Brett Hearn and Tim McCreadie in the past.

Chris Hile is finally ready to begin his first full-time year in the Series. With over 50 starts to his name including two top fives and 14 top 10s. Plus driver Olden Dwyer from Vermont is also a rookie this season.

While not a rookie on the Series (yet) the Land of Legends Raceway runner Robbie Johnston will make the tow to Can-Am. He was the 2020 DIRTcar Big Block Modified Rookie of the Year, making most of his starts against a stacked Canandaigua field throughout 2020 as well as participating in DIRTcar OktoberFAST.

GA Pricing for this Special Event:

If you can’t make it to the track then be sure to pick up your DIRTvision FAST PASS for all the Super DIRTcar Series, World of Outlaws, and DIRTcar Racing action live.

The legendary “Hurricane” Steve Paine currently holds the record for the most Series wins at Can-Am with three. Matt Sheppard, who has two Series wins there, has the Series track record with a 19.084 sec. Lap.

In addition to the 100-lap Super DIRTcar Series Feature there will also be a DIRTcar Sportsman Modifed and Pro Stock Feature all of which will be on DIRTVision.