Jimmy Phelps had his Heinke Baldwin Racing team revamped with new Bicknell Chassis at the end of 2019, ready to go after the Super DIRTcar Series championship in 2020. Then, a pandemic hit.

Instead of a full year cleaning dirt off his #98H Big Block, it sat idly under the roof of the team’s shop in Weedsport, NY – just outside Weedsport Speedway, which Phelps also promotes.

Now, with restrictions on fans attending events in New York lifting and the April 10 Super DIRTcar Series season-opening event at Can-Am Speedway ahead, Phelps is anxious to pick up where he left off at the beginning of 2020 and go after his first Series championship.

“This year we’re excited about our package and our equipment,” said Phelps, of Baldwinsville, NY. “We’ve got a great group of guys who have been together for quite a while. We know we’re capable. We just need to get it all to fall in line. It’s a tough deal. There’s a tone of guys now running at that level. We’re hoping we’re one of them and we can put it all together.” 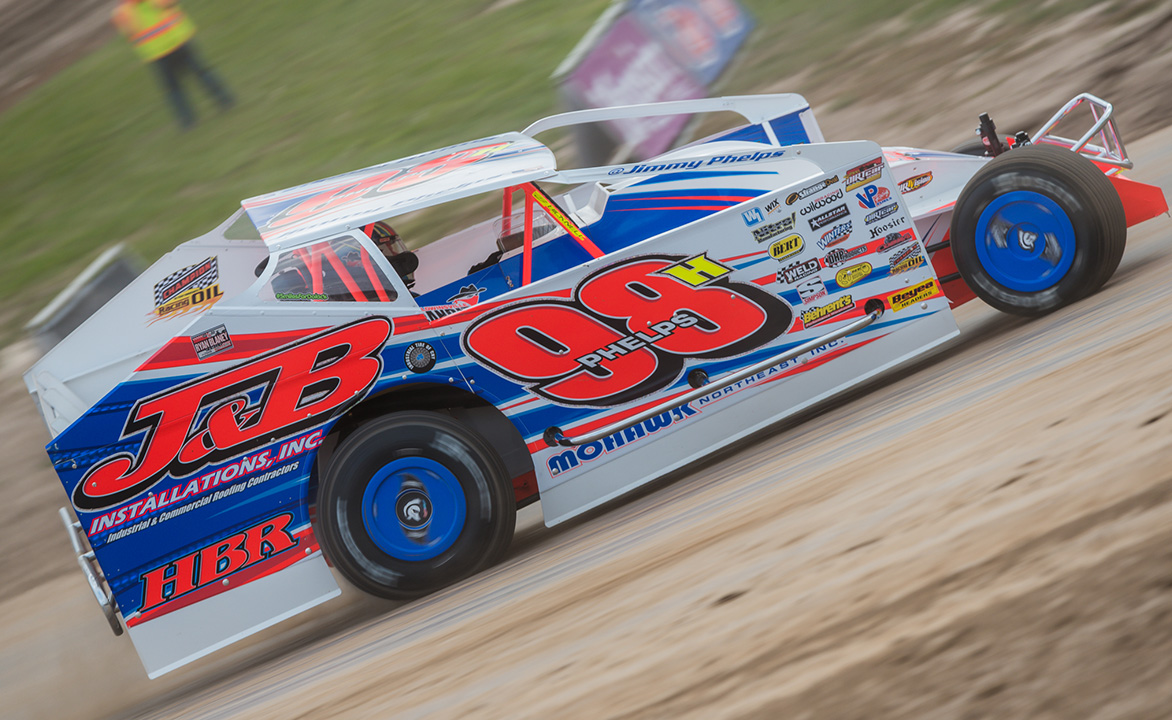 In 15 years of full-time racing with the Super DIRTcar Series, Phelps has finished second in points three times – most recently in 2012 – and has collected 21 victories. His most recent win came at Fulton Speedway during OktoberFAST last year.

While no fans were allowed at racetracks in New York throughout the year, the Super DIRTcar Series managed to put together the six-race OktoberFAST event. No fans were allowed in the stands, but they could watch all the action on DIRTVision – an early preview of every Super DIRTcar Series race being broadcast on the streaming service in 2021. The event not only helped give some life to the Series again but helped drivers like Phelps find some normalcy again.

“That helped us get back into a rhythm,” Phelps said about OktoberFAST. “Helped get our brains back into race season. We were able to race enough at the end of the year that it seemed almost normal. That got us going again. Then, going to Florida (in February for the 50th DIRTcar Nationals) and just being able to race and get everybody working together and moving ahead.”

With the switch to Bicknell Chassis at the end of 2019, Phelps said the team has already gone through its “changing phase.” The few races he ran last year allowed him to get comfortable in the new car and the addition of coil-over shocks; a part he said they were late to the game with utilizing. The extra downtime allowed the team to organize the trailer, the shop and get things in place to be more efficient. It also gave them a bit more time with family, Phelps added.

All of that has made him and the team hungry to get the season going. They got an early start during the DIRTcar Nationals at Volusia Speedway Park in February, claiming two top-10 finishes in the four-race non-points event. It was enough of a tease to light his competitive spark and put his efforts into conquering the more than 30-race Super DIRTcar Series 2021 schedule.

“We’ve done this now for a long, long time,” Phelps said. “We’ve had years where we’re close and we’ve had years where we were struggling. But we’ve never been able to win the championship. Obviously, that’s goal number one. To do that, you’ve got to win some races. Finish consistently toward the front. You have to eliminate failures. We know we have to focus on that as a goal to try and achieve that end goal. That’s the plan, as it is every year.”

With a return to normalcy this year, Phelps will get to open the throttle of his Big Block and open the gates to Weedsport Speedway all season long. He talks about the challenges last year presented for the track and himself as a promoter in Part II.

For the full 2021 Super DIRTcar Series season schedule and tickets to the events, CLICK HERE. 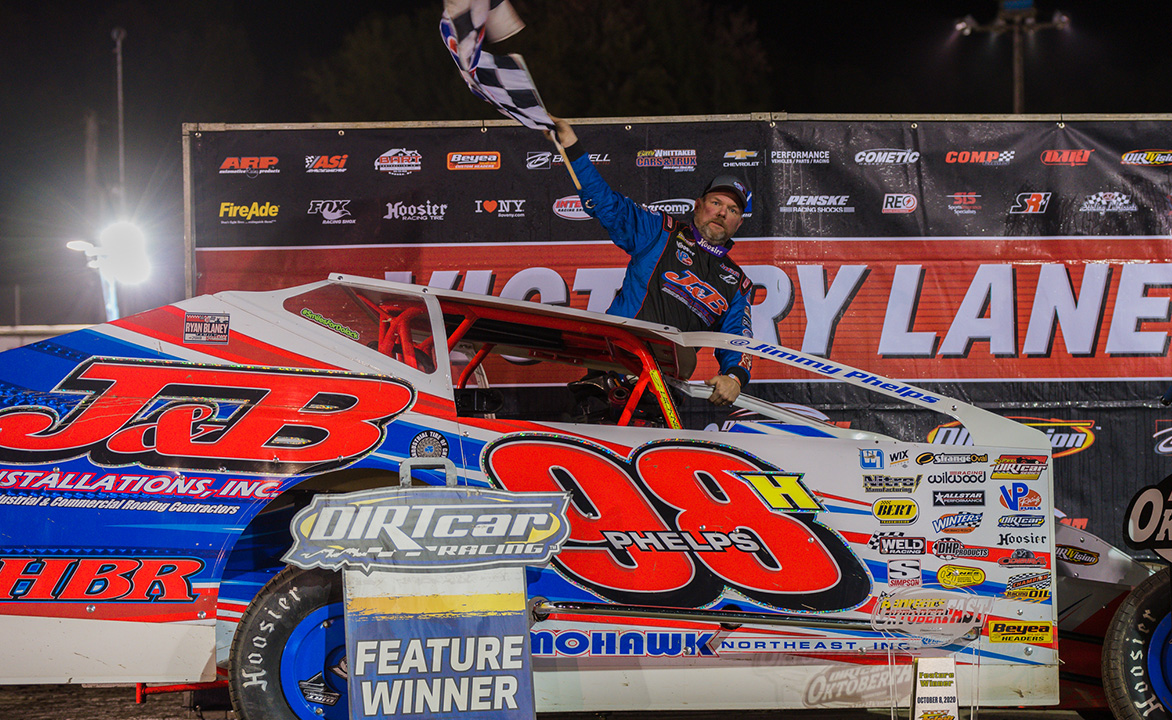