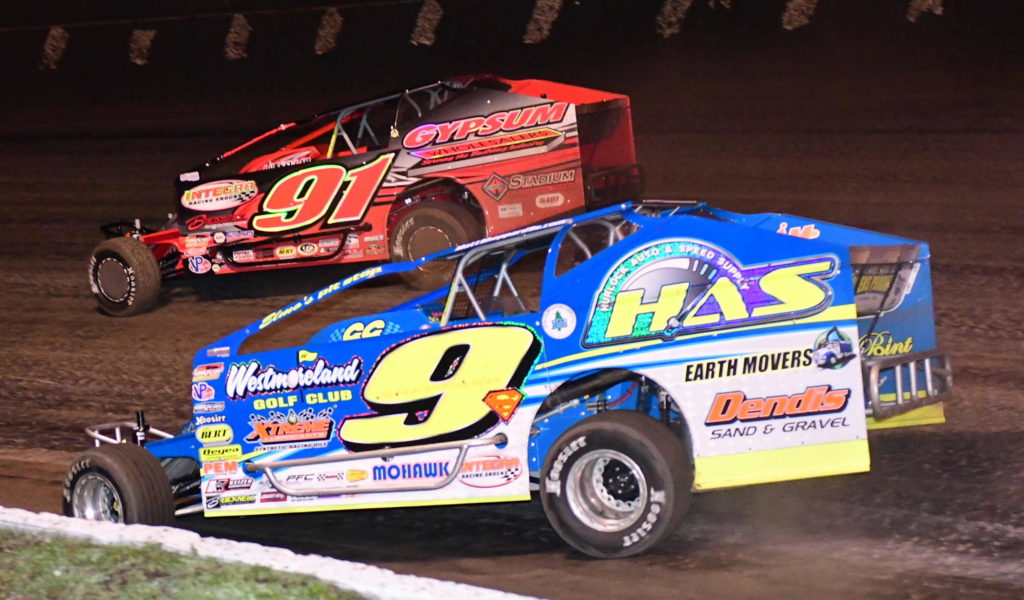 The 2019 Super DIRTcar Series champion Mat Williamson, from St. Catharines, ON, and his No. 88 Buzz Chew Racing team are planning a full-scale assault on Volusia Speedway Park. Williamson wants to start 2020 right where he left off: In Victory Lane.

Race fans will look forward to seeing Waterloo, NY’s Super Matt Sheppard go for The Big Gator once again. Sheppard has eight race wins on the Florida oval. The seven-time Super DIRTcar Series champion wants to start 2020 off with a head full of steam.

After a strong run at the Chili Bowl in Tulsa, OK, Larry Wight will be strapping back into his No. 99L Gypsum Racing Big Block Modified to take on Volusia and looking for a repeat. Last year, Wight captured his first Big Gator. Coming off his win last year at the Can-Am World Finals, Billy Decker will have the famed #91 alongside in the pit area.

2019 rookie sensation Demetrios Drellos picked up his first career Super DIRTcar Series win at Albany-Saratoga Speedway by holding off the best in the business last September for a $10,000 payday. Drellos improved steadily throughout the 2019 season and The Greek Streak will be looking to big up his first Gator this year in February.

Ransomville, NY racer Erick Rudolph gave Matt Sheppard a run for his money for the Series in 2018 with the points chase coming down to the final race of the season at the Can-Am World Finals. Rudolph has picked up track championships at Utica-Rome Speedway, Ransomville Speedway, and the Land of Legends as well. Needless to say, Erick Rudolph is a perennial Gator hunter in Barberville.

The Baldwinsville Bandit Jimmy Phelps, with his brand new HBR Bicknell hot rod, will shake and rattle the Barberville half-mile oval. Phelps has never taken home a DIRTcar Nationals Gator. Will the Bandit steal one in 2020?

The ever-likable Peter Britten will be making his first start stateside.  He spent the holidays back home in his native Australia and just like years past he will have a familiar face and car alongside the returning Rich Scagliotta after being injured during the 2019 season.

Brett The Jet Hearn will join the Super DIRTcar Series for all five nights of action. Hearn has stepped away from full-time racing in favor of taking on the role of Director of Motorsports at Orange County Fair Speedway. But this February, Hearn will climb behind the wheel of the Madsen Motorsports No. 20 for another shot at Gator glory at Volusia.

NASCAR Gander RV & Outdoors Truck star Stewart Friesen will bring his Halmar International No. 44 to four of the five nights and hopes to repeat his popular win in the Nationals finale last year.

The legendary Billy Pauch and his hand-painted No. 1 Super DIRTcar Series Big Block Modified are DIRTcar Nationals bound as well. Pauch has 14 Series wins including one win at Volusia Speedway Park in 2008. No one can miss the Johnny Rutherford/Pennzoil Chaparral throwback yellow Big Block screaming around the Florida clay.

Fan-favorite Ronnie Johnson, from Duanesburg, NY, has plied his trade at Lebanon Valley Speedway and Albany-Saratoga Speedway over the years with success. Johnson will be behind the wheel of Eugene Mill’s No. 30 as a teammate to JoJo Watson.

Anthony Perrego, who will be racing in the Hoosier Racing Tire Weekly Championship at Albany-Saratoga Speedway and Orange County Fair Speedways, had a stout week of racing at last year’s DIRTcar Nationals. Can Perrego breakthrough in 2020 with a Big Gator trophy?

Three-time Volusia Speedway Park winner and North Country ace Tim Fuller will haul down to The World Fastest Half-Mile for a go a Gator. Another veteran warrior Pat Ward, The Genoa Giant, is bringing his No. 42 Gypsum Racing machine down as well.

Billy Dunn will anchor the potent two-car team from the Ray Graham stable. For the second car, Graham will keep everyone in suspense with a “driver to be named later.” Rick Laubach has also been a mainstay in Florida and that will be no different when his familiar No. 7 pulls into the pits.

Race fans cannot go wrong heading down to the DIRTcar Nationals. The Super DIRTcar Series runs in conjunction with the World of Outlaws Morton Buildings Late Models for four out of the five nights of racing. The Late Model events are full points shows and pay $10,000-to-win.

If you can’t make it down to Florida in February, be sure to sign up for a subscription to DIRTvision. DIRTvision will broadcast all twelve nights of DIRTcar Nationals action including the World of Outlaws NOS Energy Drink Sprint Cars, World of Outlaws Morton Buildings Late Models, UMP Modifieds, and of course the ground-pounding, earth-shaking, window-rattling Big Block Modifieds of the Super DIRTcar Series.

Get your tickets for the DIRTcar Nationals at Volusia Speedway Park in Barberville, FLA here or call 844-DIRT-TIX today.

Stay up to date with all Super DIRTcar Series previews, race reports, highlights, and more at the new Super DIRTcar Series website. Follow the Series on Twitter for up-to-the-minute race day updates, videos, and photos. Even more content can be found on our Series Facebook page and Instagram. There is no shortage of ways to stay connected to the premier Big Block Modified touring series.