By the numbers, Mat Williamson is off to a better start with the Super DIRTcar Series than he was last year, putting himself in early championship contention.

However, if you ask Williamson, he’d say they haven’t been good.

He started the 2022 championship season with four straight top-10 finishes – three being top fives – which is a first during his time as a full-time Series driver. His last two finishes have been a 12th at Albany-Saratoga Speedway and a 20th-place finish at Land of Legends Raceway, though.

According to Williamson, part of the issue is himself. Since DIRTcar Nationals in February, where he picked up a win at Volusia Speedway Park, Williamson has been racing more than he ever has, but it’s been behind the wheel of a Small Block Modified – a vastly different feel than his Buzz Chew Racing #88 Big Block.

The biggest difference between the two cars is the way they react, the St. Catharines, ON driver added.

“When you get on the gas, the [Big Block] picks up on the torque arms more than a Small Block would,” Williamson said. “If you spin your tires with a Small Block, you can kind of let the motor catch back up. Where with a Big Block it will spin from end to end. 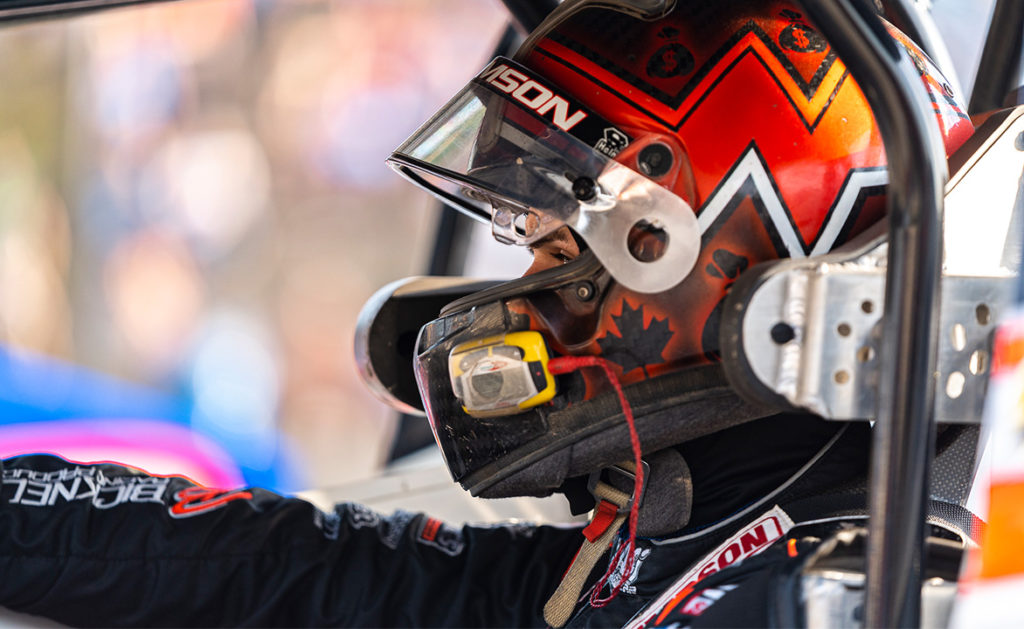 While he’s juggling going back and forth between the two types of cars, his stats are still showing success in both divisions. He’s leading the Small Block points at Ransomville Speedway and is second in points at Merrittville Speedway with multiple wins at both tracks and is currently third in Super DIRTcar Series points – only 14 points behind championship leader Matt Sheppard.

That does help provide some comfort, knowing they’re in one of the best positions they’ve been in to start a year. And for Williamson, he’s not worried about trying to be the Series points leader. He’s just looking to be in contention when it’s important.

“If we can go into September with a level playing field, I’m not even looking for a points advantage, if we can just be there in September, I think that’s when we’ll be good because I run a Big Block twice a week, three times a week in September,” Williamson said. “That’s where I seem to run better. Fortunately, that is where the money is up on the line. Hopefully we can just stay there. I think if we just have a shot at it going into World Finals (Nov. 2-5) we’ll be in good shape.”

He’ll be on a little more of an even playing field for the next Super DIRTcar Series race at Big Diamond Speedway on Tuesday, July 12. The Series hasn’t raced at the 3/8-mile track since 2009 and only a handful of Series regulars have ventured to the Pennsylvania track in the last couple of years.

In general, he’s just looking to get more Big Block races under his belt and find more consistency well before September.

“Hopefully we can get more Big Block races going forward, get use to driving a Big Block again and start winning races again,” Williamson said.

If you can’t make it to the track, you can watch every Super DIRTcar Series race live on DIRTVision – either online or by downloading the DIRTVision App.