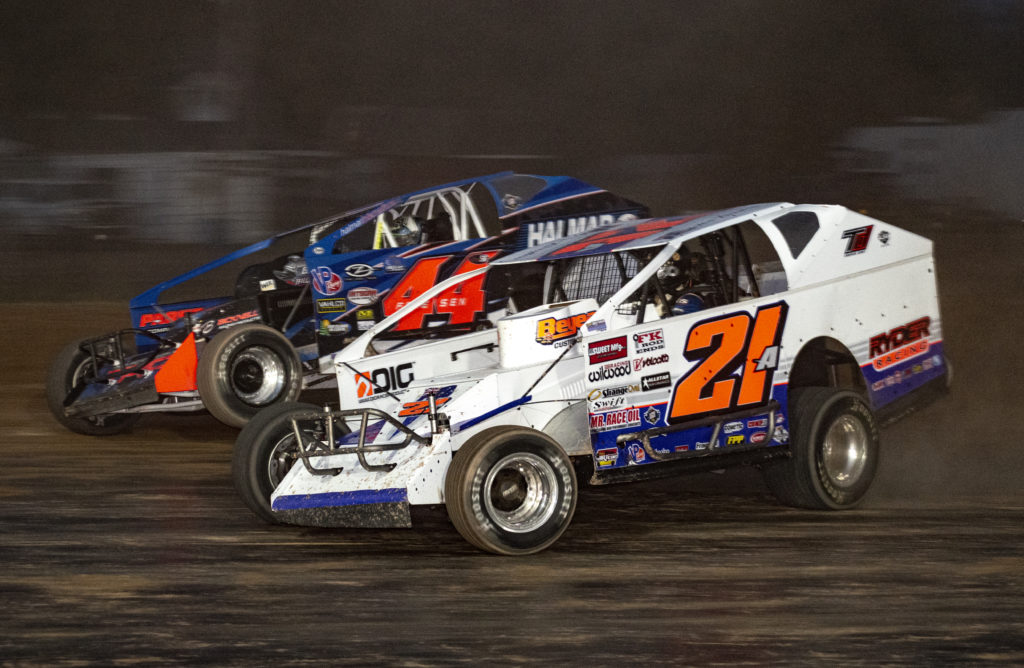 Swedesboro, NJ – DIRTcar Racing officials and Bridgeport Motorsports Park have agreed to proceed as scheduled with the “King of the Big Blocks” Super DIRTcar Series event on Wednesday, July 29. Bridgeport and the Series welcome all fans and competitors to make history on the brand new high banked, short track configuration.

“It’s been an ongoing shuffle and dance with the Super DIRTcar Series Schedule,” said Super DIRTcar Series Director Dean Reynolds. “We are glad that New Jersey has been holding events in the past few weeks. Bridgeport has been off to a great start with the new configuration and promotions from Doug Rose. It will be neutral ground so to speak so it will be a really exciting event watching the Series regulars going up against the Bridgeport faithful.”

The Swedesboro oval has been on the Super DIRTcar Series schedule off and on since 1973. Frank Cozze and Billy Pauch are tied with the most Series wins with just two each. Those wins came on the .625 mile speedway.

“There’s great racing, multiple grooves, which is pretty awesome,” Godown raved. “At most tracks you get settled into a groove but here the grooves are constantly changing.”

Godown is looking forward to the Super DIRTcar Series Big Block Modifieds to take to the new track. “The guys from New York are in for it,” he said. “It takes some getting used to. Doug [Rose] has done such a great job. The place is just awesome.”

The new Bridgeport Speedway has been configured as .400 mile high-banked clay oval.

“It’s like nothing we’ve ever been to. The closest I can describe it is that it’s like Eldora Speedway with tighter turns. I believe it’s a little higher banked in turns 1 and 2 than Eldora believe it or not,” noted Godown.

Unfortunately, due to New York State’s COVID-19 guidelines, the Land of Legends Raceway race on July 22 has been canceled.

“Land of Legends Raceway promoter Paul Cole and I spoke, and with the uncertainty that still surrounds New York State, in general, we just both felt it was best to cancel this show in July and move our full focus to the already scheduled August 13th event,” Reynolds said. “Super DIRTcar Series events are large scale events that you want to have all your resources in place and with the uncertainty right now, it was best to have our eyes on August. Paul still wanted to have a special show on the 22nd for the DIRTcar Big Blocks and I think he has some great ideas. It’s going to be a cool show.”