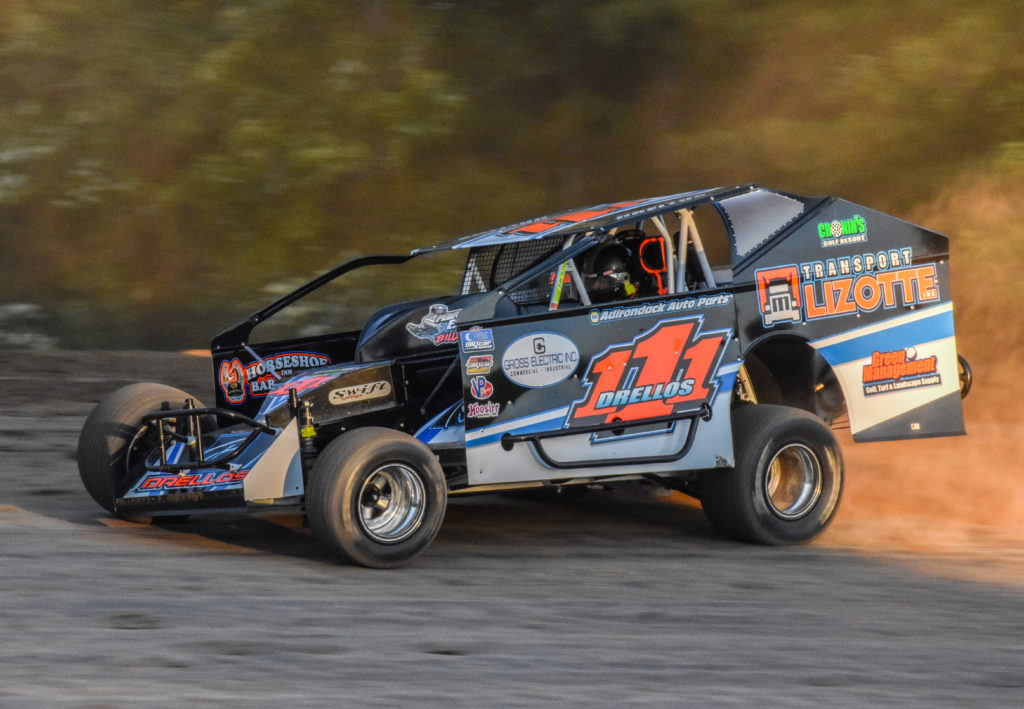 Bad luck has hovered over the Super DIRTcar Series regular throughout the start of the 2021 season, leaving Drellos 15th in points after the six first races, but he eyes Albany-Saratoga as a potential turning point.

The Queensbury, NY driver earned his first and only Super DIRTcar Series win at Albany-Saratoga in 2019 and has been racing Ed Monger’s #93 Magsarus DIRTcar Big Block for Hoosier Racing Tire Weekly Championship this year at the 4/10-mile track. “I hope things start going better for us,” Drellos said. “We are in a hole but optimistic about going back to Albany-Saratoga Speedway.”

The stars and cars of the Series last visited “The Great Race Place” in 2020 for the DIRTcar OktoberFAST presented by DIRTVision event, which saw Anthony Perrego win a memorable 60-lap contest. Drellos finished 26th in that race.

Drellos’ quest to get back in the top-10 and another win got off to a rocky start this season when an off-track excursion with another car ending his night during the season-opening race at Can-Am Speedway.

Then, his Bristol Motor Speedway debut in April resulted in a 25th place finish. However, Drellos’s #111 shined at the front of the pack during the second night of racing at Bristol, finishing second behind Stewart Friesen who had to use every inch of the track to hold off Drellos.

Bad luck, unfortunately, struck again the next race when Drellos was set up for a seventh-place finish at Bridgeport and his dry sump belt fell off. He elected to pull the car behind the wall before his engine failed completely.

He earned an 11th place finish during the last Super DIRTcar event at Weedsport Speedway to propel him into the $7,500-to-win event at Albany-Saratoga event with some momentum.

“The notebook is a lot thicker at Malta as opposed to the other tracks on the tour,” Drellos said. “There are some tracks on the tour that I’ve still only been to once. We have a lot of laps here and that will help.”

Adding to that momentum is Drellos is currently running ninth in Albany track points in the #93 Big Block against an extremely competitive field of drivers. The team has not decided which car to use for the event.

Even though he goes into the race at Albany-Saratoga with a foundation of knowledge about the track Drellos is aware that the competition and parity are extremely even at Series races.

“Whenever you go to a Super DIRTcar Series race you are expecting a really close, tight field,” Drellos said. “Even the top guys are always within reach. We are all so even now. We are all fast, so it comes down to putting the whole event together from Time Trials through 100 laps.”

The Horsepower 100 takes the green on Tuesday, June 22. If you can’t make it to Albany-Saratoga Speedway, you can always catch Series stars Matt Sheppard, Mat Williamson, and Billy Decker on DIRTVision with your FAST PASS.