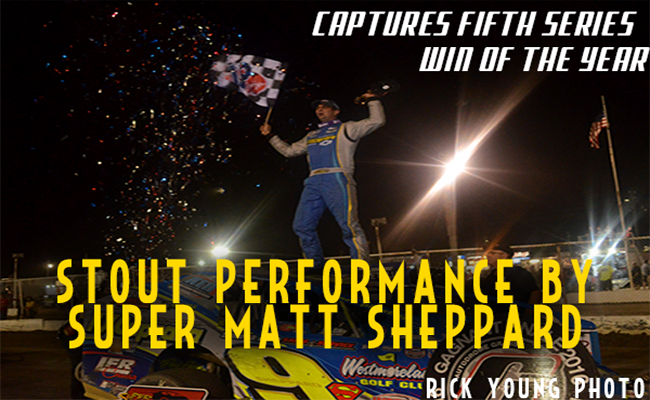 “The car was great right from the second we unloaded it tonight,” Sheppard said. “It’s been a great battle all season between Stew and I. Both of us have had our rough luck the past couple of weeks but it looks like we both got it turned around tonight.”

When the initial green fell on the night’s 100-lap feature, it was Peter Britten who jumped out to an early lead over Jimmy Phelps.