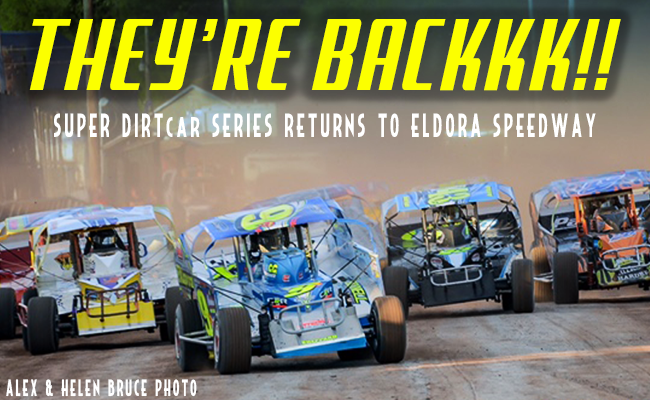 Takes on the “Big E” after a decade absence

For the first time in a decade the Super DIRTcar Series Big-Block Modifieds will be making their way out west to “The Big E,” also known as Eldora Speedway. The series takes on the historic half-mile track in Rossburg, Ohio, on Tuesday, July 19, and Wednesday, July 20. The Big-Block Modifieds will run a full series points event on Tuesday and an invitational event on Wednesday when it joins the NASCAR Camping World Truck Series.

The series last competed at Eldora in August of 2006. It was the third trip for the series to the track. That night, Tim Fuller battled Billy Decker for the win. Fuller joined Brett Hearn and Danny Johnson as Eldora’s only Super DIRTcar Series winners. All of the previous big-block modified winners at Eldora still follow the series and will be there to defend their titles.