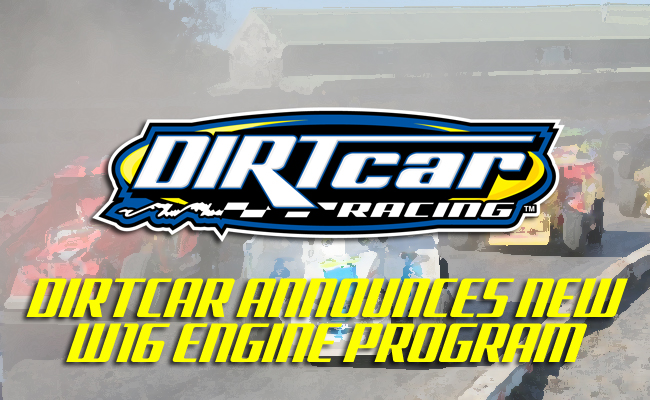 What is the DIRTcar W16 Option?

The W16 engine option is a motor developed by Carl Wegner of Wegner Motorsports to be used in the DIRTcar 358 Division. The W16 is based on the GM LS Series engines that are standard production in almost all V 8 GM passenger vehicles today. Wegner Motorsports is the company that NASCAR chose to develop the LS motor for competition originally in the K&N Series and now is used on the Modified Tour and many tracks and sanctions throughout the country. The W16 is developed from these applications.