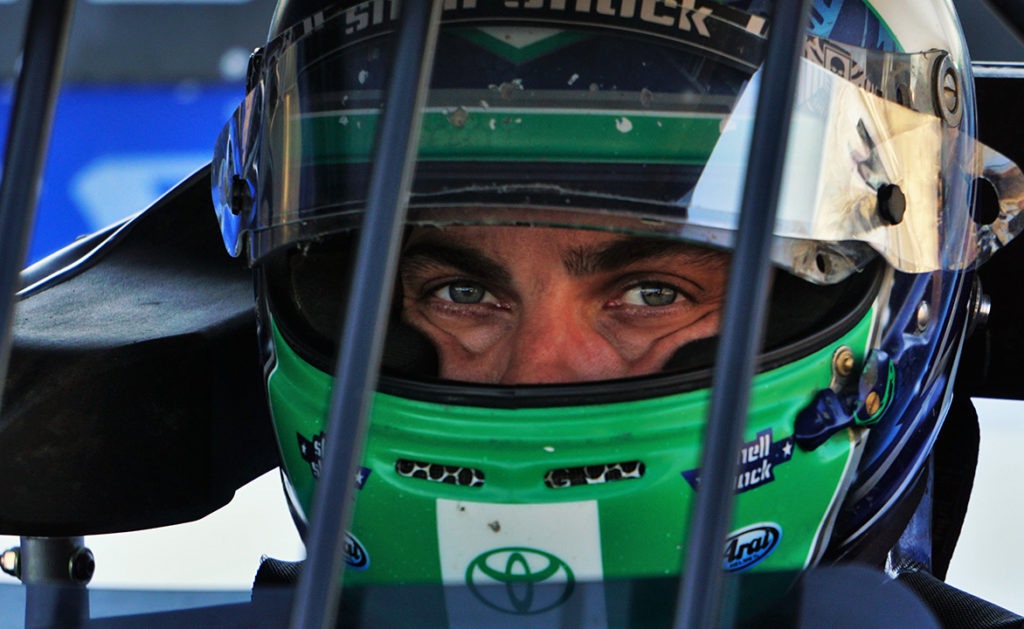 Jimmy Horton had a career decision to make. He had been chosen to follow Sammy Swindell into the Nance Speed Equipment that netted 1981-82 championships with the World of Outlaws Sprint Cars.

To racers not from New Jersey or New York, Horton had an easy choice. But those guys never won 42 Modified Stock Car Features in a single season as Horton did in 1978. Horton enjoyed unlimited funding from Statewide Hi-Way Fencing. Why leave?

America has as many versions of Modifieds as methods to barbeque beef. Northern California cut Stock Cars to resemble winged Sprints with box tails. West Sacramento was where Ken Woodruff spotted Tim Green. Arizona supermods were longer, wore no wings and made Manzanita rookies of Lealand McSpadden and Ron Shuman. Texas mods featured wings and Gary Wright. Oklahoma’s 100-inch supers were rebranded Champ Dirt Cars as they trained Andy Hillenburg. Memphis mods were B-cars to the A-class. East of Eldora, the term “Modified” means a premier class of drivers who sit in the center. DIRT of New York incorporated in 1976. DIRT of North Carolina (WRG) remains its pinnacle in 2021.

Jimmy Horton’s dilemma was nurtured by Tobias Speed Equipment in Lebanon, PA. It was opened by Dick Tobias in 1961 after Port Royal crowns. Lebanon lay 40 miles east of Williams Grove and 30 miles west of Reading. Toby stretched rules on supers owned by Roy Emrich and powered by Davey Brown to Selinsgrove titles. Brown built a Consoli Coupe that made them Reading champs. When Sprint Cars grew roll cages, Tobias topped seven of 11 in URC then turned to USAC. His mass-produced modified frames dragged the class out of the junkyard. Brown built a 1973 Mustang that made a star of Donnie Varner until Don broke his wrist. Davey phoned Dick and they won 19 of 45 and the Reading 200. They took Syracuse in ‘75 but lost the technical edge to Kenny Weld and Grant King. Toby made an affordable alternative like Elvin Felty’s car that dominated Penn National Speedway that Toby reopened in ‘77. He brought a brand new Sprint to East Bay. With a wing, it won for shop foreman Kramer Willamson. A topless Toby beat USAC at Terre Haute and Indy Mile. Most tragically, Toby’s frame came from brittle tubing that did shatter.

The World of Outlaws was three months old. Davey harvested remains into an Apple House car in which Williamson took the Williams Grove Speedway National Open sanctioned by the new group. When that band of gypsies returned, Brown Sr. and Jr. beat them six times with a Boop’s Aluminum Lloyd steered by Lynn Paxton.

Tobias Speed Equipment persevered. Oldest son Ron remained in modified stocks much to mother Mary’s delight. Heartache came from second son Scott and son-in-law Paul Lotier. Scott kept one foot in mods until a Sprint dealt a debilitating head injury. Second at Grandview was his greatest Outlaw finish, though fourth at Syracuse certainly paid better. Second at Lebanon Valley and third at Syracuse was Lotier’s Series peak prior to his crippling crash. Mary’s third son Richie turned to USAC while designing budget classes for his Action Track in Kutztown, PA.

Reading really tempted Central PA stars through stock windows. Toby was taking a thousand dollars to Lebanon when Lincoln offered 700. He blazed a trail traced by Bobby Gerhart, Gerald Chamberlain, Hal Browning, Weld and Bobby Allen. Yet it was more than money or proximity that fueled the influx. It was the luxury of laying a fat Firestone on a deep cushion. Chargers like Jan Opperman, Billy Cassella, Jimmy Boyd and Garry Gollub ran all 35 laps like the white flag was waving. “Heavies” were their karting description for 2600-pound machines. No guest star ever constructed his own heavy until Weld, though. Lee Osborne used Toby’s shop to build a couple. Kenny’s car belonged to Bob Weikert housing an aluminum 482 on methanol and nitrous oxide. It wrote track records at Reading and Syracuse then was sold to Statewide, which hired Horton in ‘76. Weld inspired Allen to add an Emrich Vega. Bob was never better than second and let Osborne drive the Syracuse 100. Allen sold his Vega to Gollub, a Reading resident who became champion of URC Sprints and Delaware mods.

Reading was razed in 1979 after Dave Kelly won six of its last eight. Many shifted to New Jersey or Delaware where Twin-20s allowed Kelly to stack 31 wins in ‘78. Bridgeport and Delmar often paired mods with URC. Horton and Kelly became Sprint winners this way as did Glenn Fitzcharles. Turning to URC full-time were Kelly, Fitz and Don Kreitz Jr. Frankie Kerr drifted west with his 467 in an ex-Statewide Buckley. Reading’s final season made a rookie out of Kreitz Jr. As Sprint rookie Donald was twice champ of URC. Four straight titles followed at The Grove as did 12 wins over the World of Outlaws. As an owner, Kreitz added six more Outlaw scores with Lance Dewease and Davey Brown Sr. Kerr captured four All Star titles from Fremont, Ohio where Frank twice dusted Outlaws. Fitz and Kelly became the biggest winners in 73 years of the United Racing Club. Outlaws found Kelly fifth at Bridgeport and sixth at Syracuse while Glenn peaked tenth at Selinsgrove in 1990.

Blaney Lumber was rooted in modified glory via patriarch Lou, a Sprint star long before acquiring the Tobias Mustang II that won Syracuse. Hundreds of heavy trophies followed for Dave and Dale’s dad. One adversary was Ed Lynch, fifth against The Outlaws at Lernerville in 1980 and father of its 2002 Don Martin Memorial winner.

One of the obscure winners in Outlaw history was Bill Stief from southwest Philadelphia. He won at brand new Bridgeport in ‘73, became Reading rookie in ‘74 and purchased an ex-Paxton Sprint in ‘76. Bill’s only Outlaw victory came in 1980 at Williams Grove driving the Dyer Masonry 461. Fred Rahmer bought his first Sprint car from Stief. After one taste, Rahmer was ready to sell the modified that made him king of Big Diamond, Penn National and Grandview. Rahmer recorded eleven victories as Outlaw driver and four more as car owner to Stevie Smith and son Freddie.

The last defeat suffered by the World of Outlaws Sprint Car Series at the hands of a driver with modified training was in 2015 at Ohsweken, Ontario. The winner was driven by countryman Stewart Friesen for wife Jessica Zemken after she reached third with the series at Fulton, NY. Ninth at Fulton was also the Outlaw-best by DIRT racers Mike Mahaney and Larry Wight. They tried to trace the Empire State imprints of Craig Keel, a winner in three Weedsport classes before beating Outlaws in 1990.

Nobody in New Jersey other than Bruce Springsteen has more wins over the last 50 years than Jimmy Horton, Brett Hearn and Billy Pauch. Hearn alone has 913! Only two came in Sprint Cars and only three Outlaw features ever included him. Pauch compiled 674 Stock Car checkereds and 66 more in Sprints highlighted by Outlaw accomplishments at Rolling Wheels and Syracuse, where he was knighted as Fastest Man Alive. Who powered that Zemco Maxim? That was Davey Brown.

Horton had been second against Outlaws at Jacksonville, FL. He took third with them at Weedsport, Wheels and Valley. Houston however, would be his final start for Laverne Nance. Two weeks later, Jim snared $16,000 from the Nazareth mile. When the World of Outlaws resumed, Horton was replaced by Danny Smith. Modified racing proved too rich to refuse. Horton went on to post 439 of 465 victories beneath a stock car shell. Call it a Jersey thing.