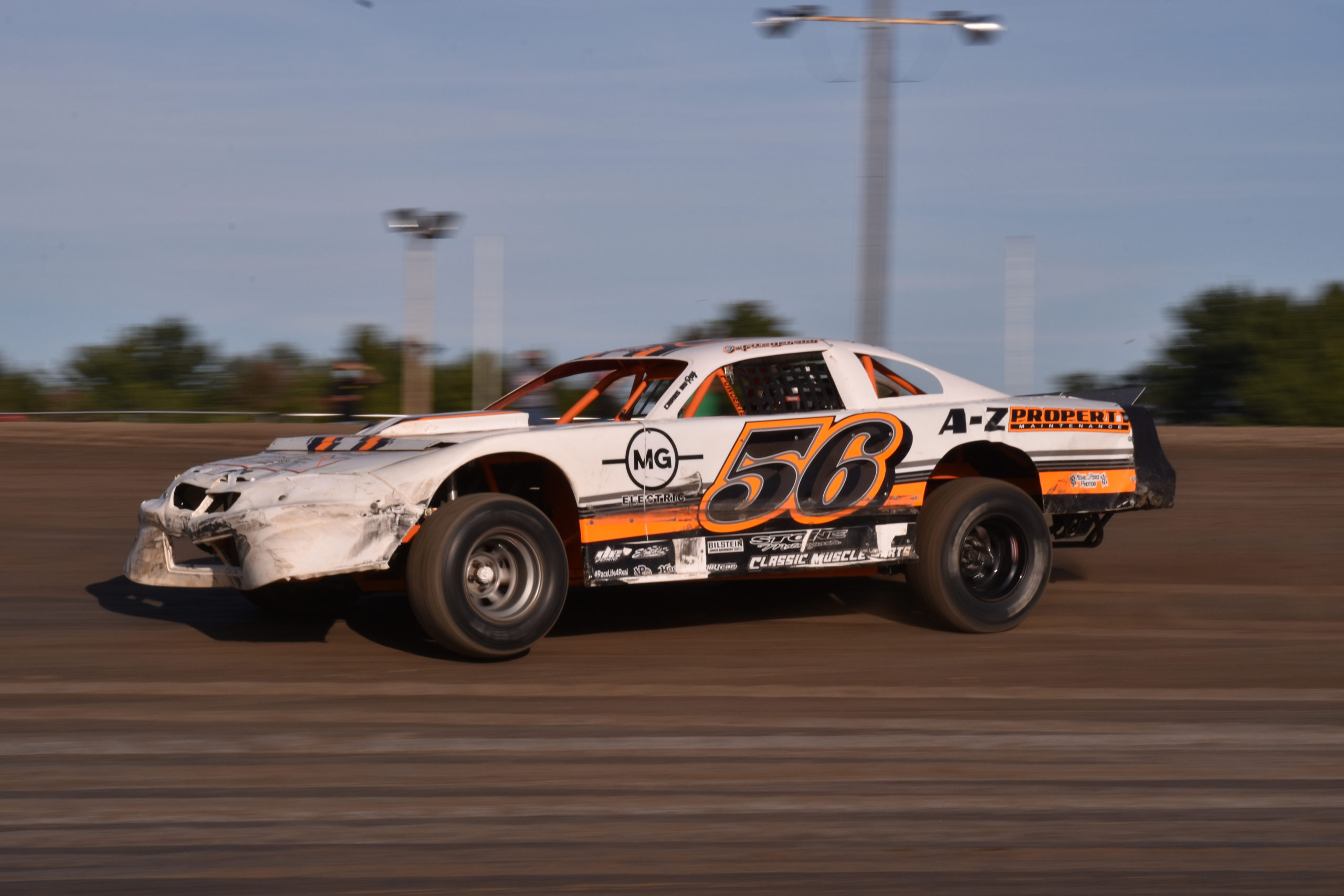 BALLSTON SPA, NY — The full-fendered DIRTcar Pro Stocks visually stand out amongst the four premier DIRTcar Northeast Series, and the standout class has standout drivers like Jay Fitzgerald, who has wheeled a Pro Stock since 1996.

Fitzgerald and his family-run race team out of Ballston Spa, NY, are set to take on DIRTcar OktoberFAST presented by DIRTVision, which runs Oct. 6-11 at iconic dirt tracks across New York. The DIRTcar Pro Stock Series presented by COMP Cams is set to race three times over the six-day DIRTcar Racing extravaganza, beginning Tuesday, Oct. 6, at Fitzgerald’s home track Albany-Saratoga Speedway. Next, the Pro Stocks roll to Utica-Rome Speedway on Wednesday, Oct. 7, and then return to the schedule for the OktoberFAST finale at Weedsport Speedway on Sunday, Oct. 11. Every night of racing will be broadcast live around the world on DIRTVision.

But how did it all begin? Much the same way so many race car drivers get their start — a passed down passion for racing from Mom and Dad.

“I have been going to Albany-Saratoga Speedway (Malta, NY) since I was three. My parents and my aunt and uncle were faithful Albany fans and we went every Friday night,” said Fitzgerald. “In fact, my parents’ house is only 10 minutes from the track. Currently where I live is only 10 minutes from the track so Albany has been my home since I was three.”

Fitzgerald’s father owned a salvage yard in the 1970s. Salvage yards were goldmines for drivers and race car builders back then. One could find control arms, carbs, and even whole cars to take racing. That’s how the Fitzgerland and the Older families hooked up initially, and how a young Jay was introduced to the true life of a racer.

“Right around the corner from my house was a great friend of my Dad’s, Marc Older. He raced all through the ’70s. Marc’s brother started racing in the ’80s and before I could drive those guys would pick me up every weekend to go to the races. I got to go to the pits and I was only 10 years old. I learned a lot about life on those rides in the hauler,” Fitzgerald said with a laugh.

Although he learned a lot early, Fitzgerald didn’t jump straight into DIRTcar Pro Stocks. He cut his teeth on an enduro car and then raced a half-season in street stocks. In 1996, he made his first Pro Stock start.

“Past couple of years we’ve gone all-in with chasing the Series. We did a lot of racing last year. I absolutely loved going to Canada last year,” Fitzgerald noted. “My girlfriend, my stepdaughter, and I go on the road together. My stepdaughter is 16 and she is a real deal crew chief. She knows her stuff.”

In fact, we might just see a two-car team roll out of the Fitzgerald shop with the young lady behind the wheel in the near future. Stay tuned. 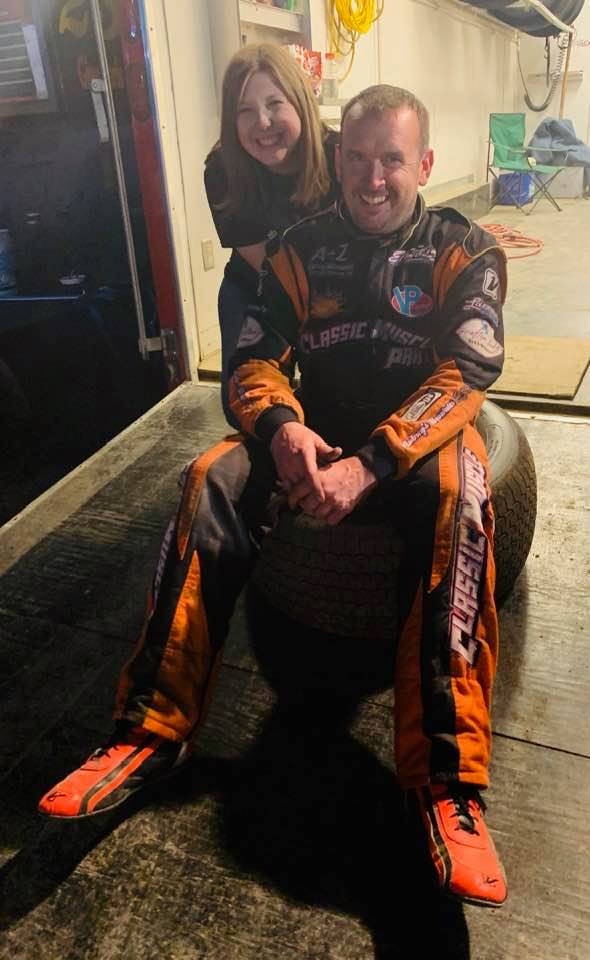 2020 has been a trying year for everyone and opportunities to race have been minimized. However, many DIRTcar sanctioned tracks opened the gates for Hoosier Racing Tire Weekly Championship points and live streaming. Fitzgerald accumulated 26 starts in 2020, which is impressive given the circumstances. That also means his ride needs a look over before running three DIRTcar Pro Stock Series presented by COMP Cams races in six days.

“Our car is completely apart right now.” Fitzgerald said. “We took the rear end out and that is getting looked at. We are going through all the suspension, changing springs, and any wear items. You don’t want part failures in the middle of a week like this.”

Fitzgerald is excited to join the convoy of race cars crossing New York for OktoberFAST, but at least the first night, Tuesday, Oct. 6, is right at home at Albany-Saratoga Speedway.

“Albany is my home so we are hoping for good things. We’ve had a great car all year but the level of competition is so high,” noted Fitzgerald. “I looked at the Feature lineup a few weeks ago at Albany and every driver but one was a multi-time Feature winner.” 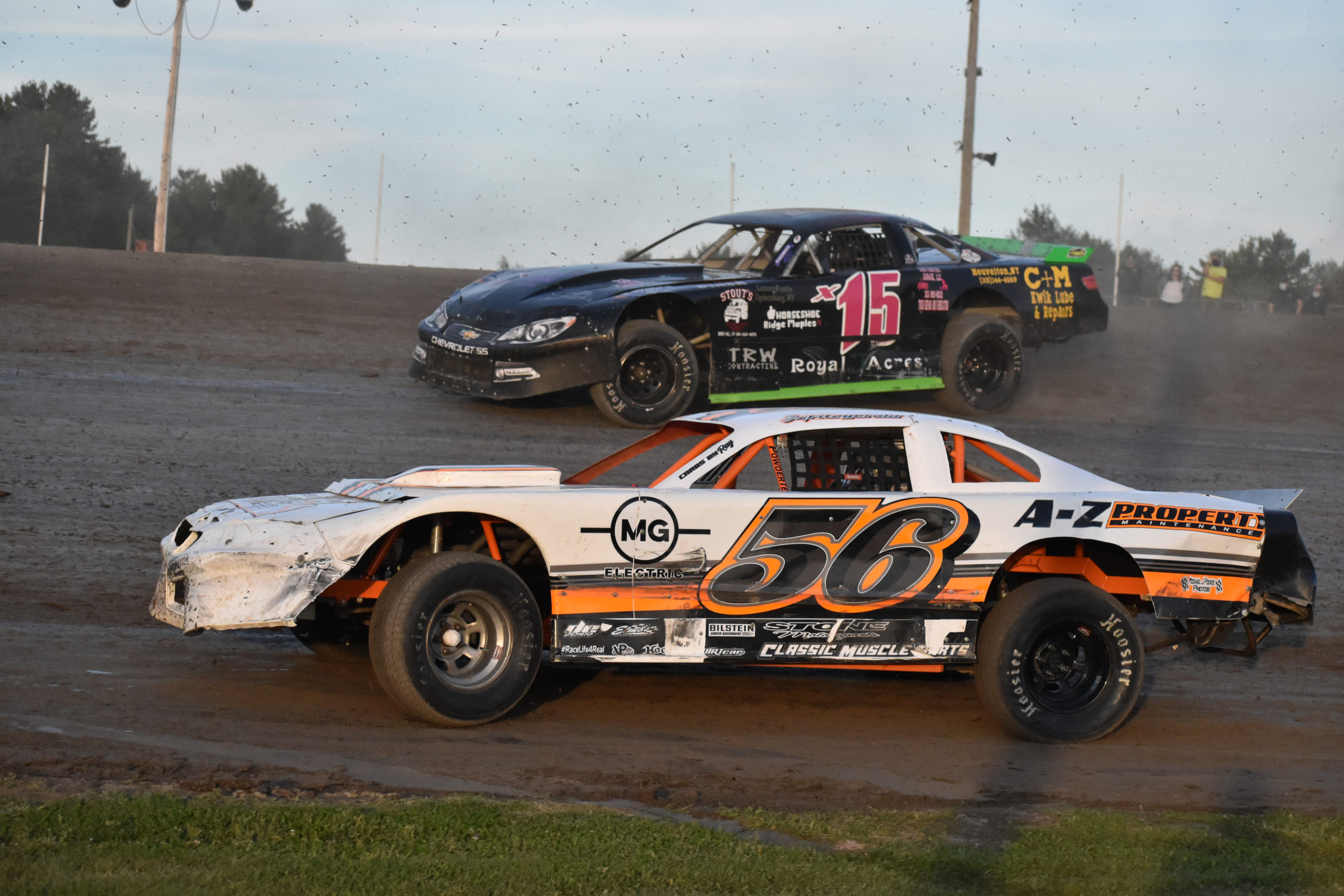 He hopes to start on the right foot in familiar territory. Next, the Series shoots down I-90 to Vernon, NY to race the half-mile Utica-Rome Speedway for another bout. Utica-Rome hosted races early on in 2020 and Fitzgerland felt very confident and racy there. He’s looking forward to going back to take on the Series.

The DIRTcar Pro Stock Series picks back up in the finale on Sunday, Oct. 11, at Weedsport Speedway. Fitzgerald has run only one race there, last year’s Series stop. He is eager to tackle the historic speedway once again.

Fitzgerald has an offer out to the touring Pro Stock drivers as well: “We open our shop for Series races to drivers who are traveling and need to work on the cars. We have scales, tools, food, and everybody hangs out. That’s the fun part!”

And that’s what it’s all about.

Watch all the DIRTcar OktoberFAST action live all week on DIRTVision with a $39 Fast Pass subscription.