RANSOMVILLE, NY – The running of the 36th annual Summer Nationals at Ransomville Speedway featured a star-studded podium with international flair.

Pride of Australia, Peter Britten started eighth and raced his way up to challenge Sheppard for the win but in the end, settled for second. Stewart Friesen, who has deep family roots in the Niagara County clay and grew up across the border in Niagara-on-the-Lake, Ontario, finished third. 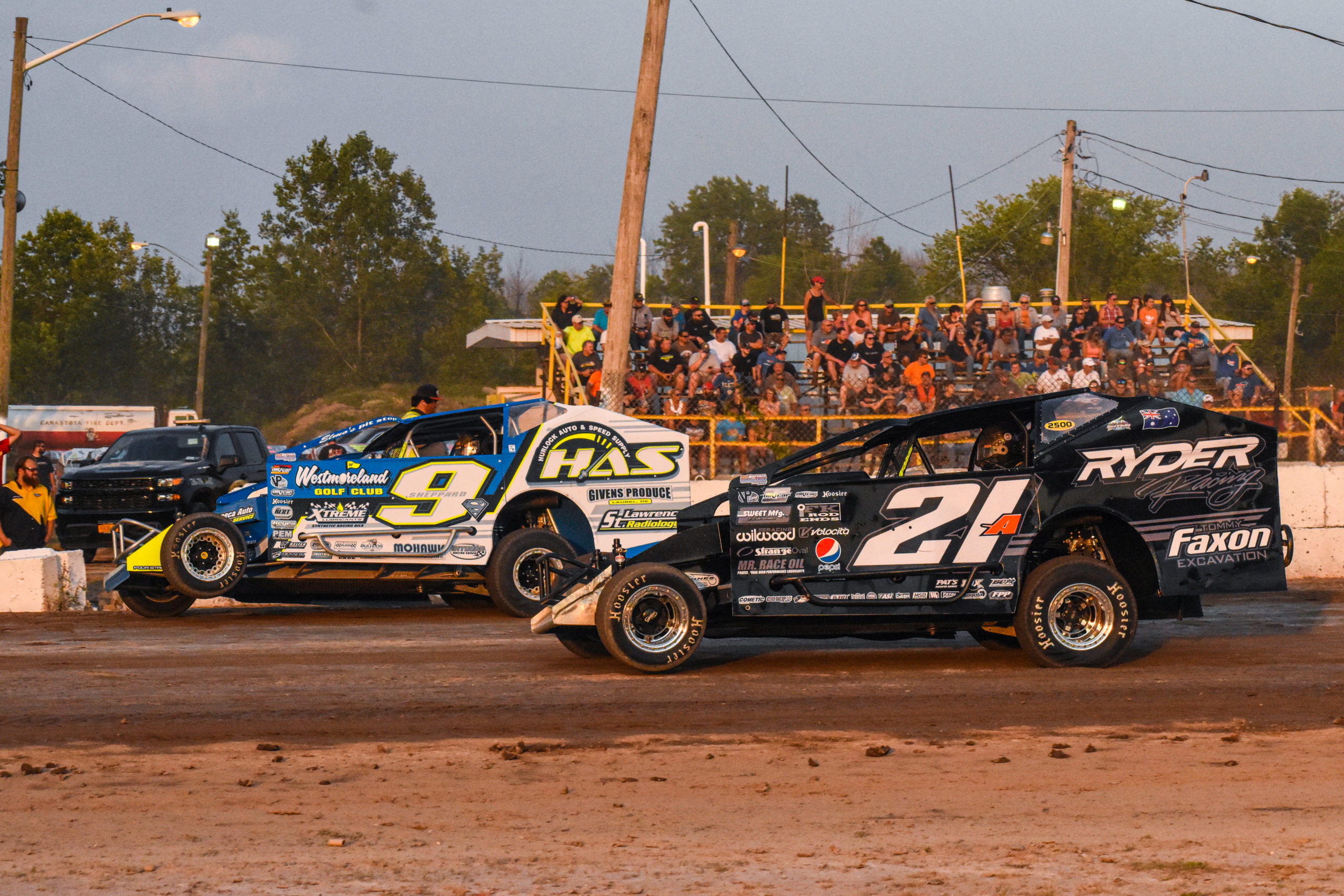 \ The quality of the Super DIRTcar Series field is so close together that it sometimes takes perfection to win. Matt Sheppard arrived at Ransomville Speedway with a missile. First Sheppard captured the Billy Whittaker Cars Fast-Time Award and then won his Heat Race before drawing a front-row starting position for the Feature.

“I needed the whole nine yards,” Sheppard said. “I had a good race car and a little luck. I think Time Trials was more about finding a good line. I didn’t see anyone running low and I saw some mud and grip down there. In the Heat Race, I went to the top and that worked out too.”

Sheppard’s battle with pole-sitter Mat Williamson, as well as a series of late-race restarts, played key roles in the 100-lap Feature. Williamson and Sheppard traded the lead until a flat tire forced the Buzzchew #88 for repairs. 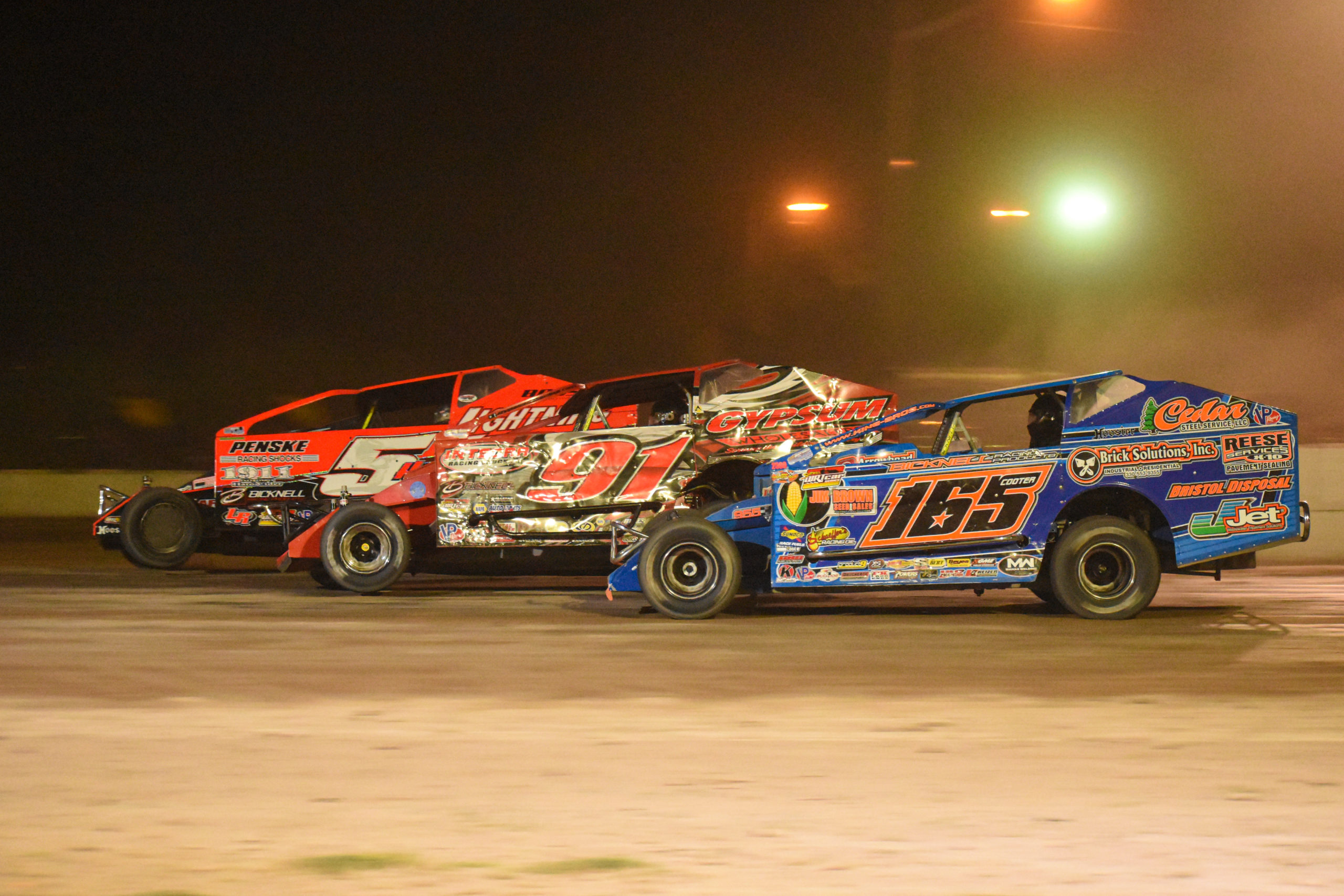 “He [Mat Williamson] got the jump on the bottom for the first restart and rolled,” Sheppard noted. “We just got a great start on the second restart off the top and that’s where I stayed from then out. It felt like I was coming down the hill and getting momentum. We were restarting really well and that’s what made the difference. I got nervous when Williamson’s tire went down early. I started wondering what I had to work with.”

The race concluded with a lap 99 restart where Sheppard managed to hold off a determined Peter Britten in the #21.

“We started eighth and I felt like we had a pretty good car all night,” Britten said. “We did well in Time Trials and finished second to Matt [Sheppard] in the Heat Race and that’s kind of how it played out in the Feature. I had a little bit of a sniff at one point but really he had more pace than me.”

Britten, from Queensland, Australia, fought his way up to Sheppard’s bumper but couldn’t make the final pass.

“We’ve been fast all year,” Britten noted. “We started out well but recently we’ve had some bad luck. Breaking a shock and flipping at Lebanon Valley was bad. We’ve been in the mix but haven’t had the results. The Series right now is the most equal that I’ve ever seen so we’re happy to get a second and it’s good for the points. After those last few races plus rainouts, it’s nice to bring in a nice check.”

Ransomville Speedway is a special place for Stewart Friesen. His family owned and promoted the race track during the 90s. 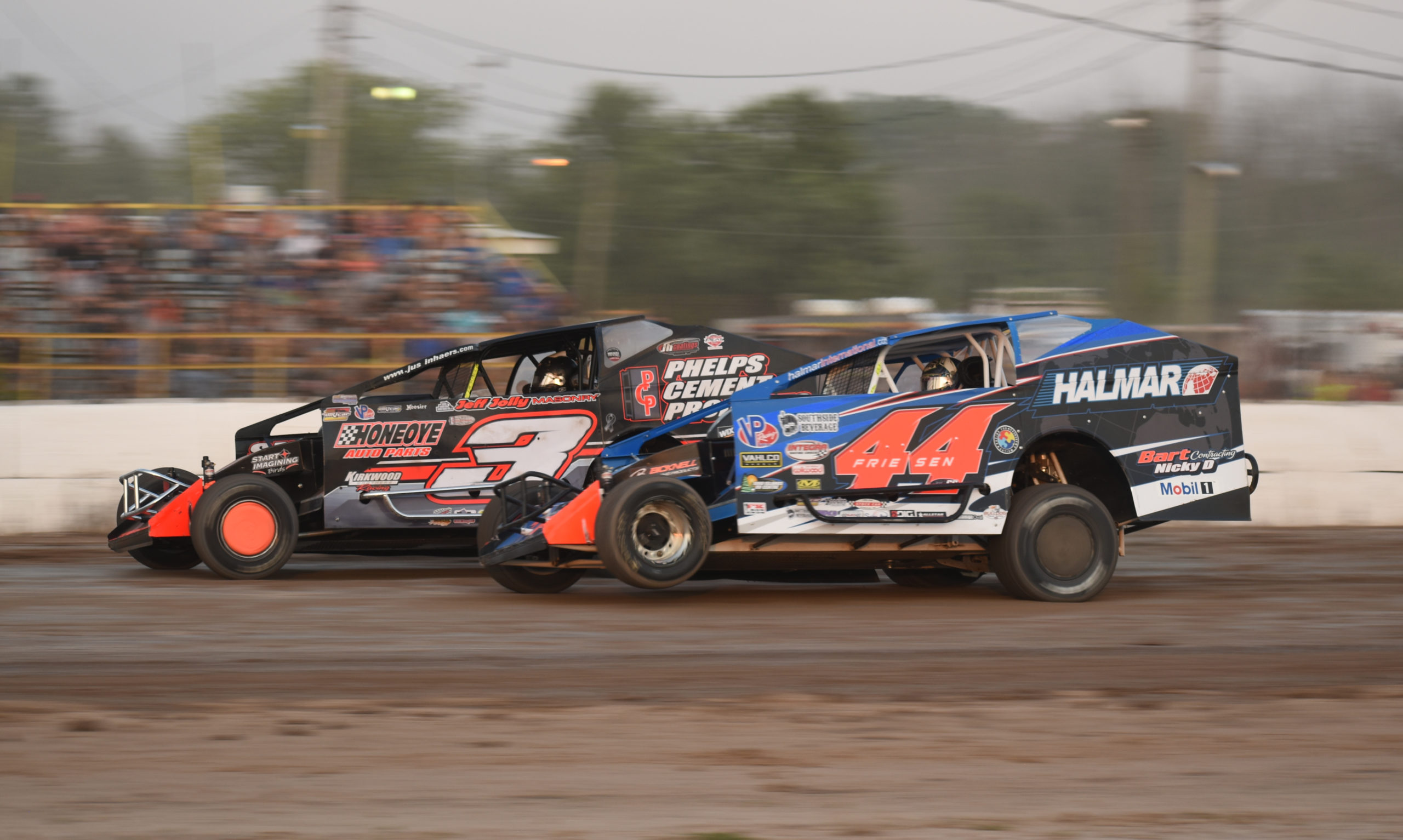 “It’s great to be back close to home,” Friesen said. “I wish all of our Canadian friends and fans could join us.”

Friesen looked poised to strike at the leaders but he couldn’t set them up.

“Both Sheppard and Williamson were really fast,” Friesen said. “Then Britten rolled me on a restart and that’s how we finished.”

Ryan Susice, a Series Feature winner at Merrittville Speedway in 2018, was the Hard Charger award winner at “The Big R.” Susice, wheeled his W-16 powered #38 to seventh after starting from the 10th row. He picked up 13 positions over the course of the 100-lap contest by passing drivers like Larry Wight, Billy Decker, and Jimmy Phelps. 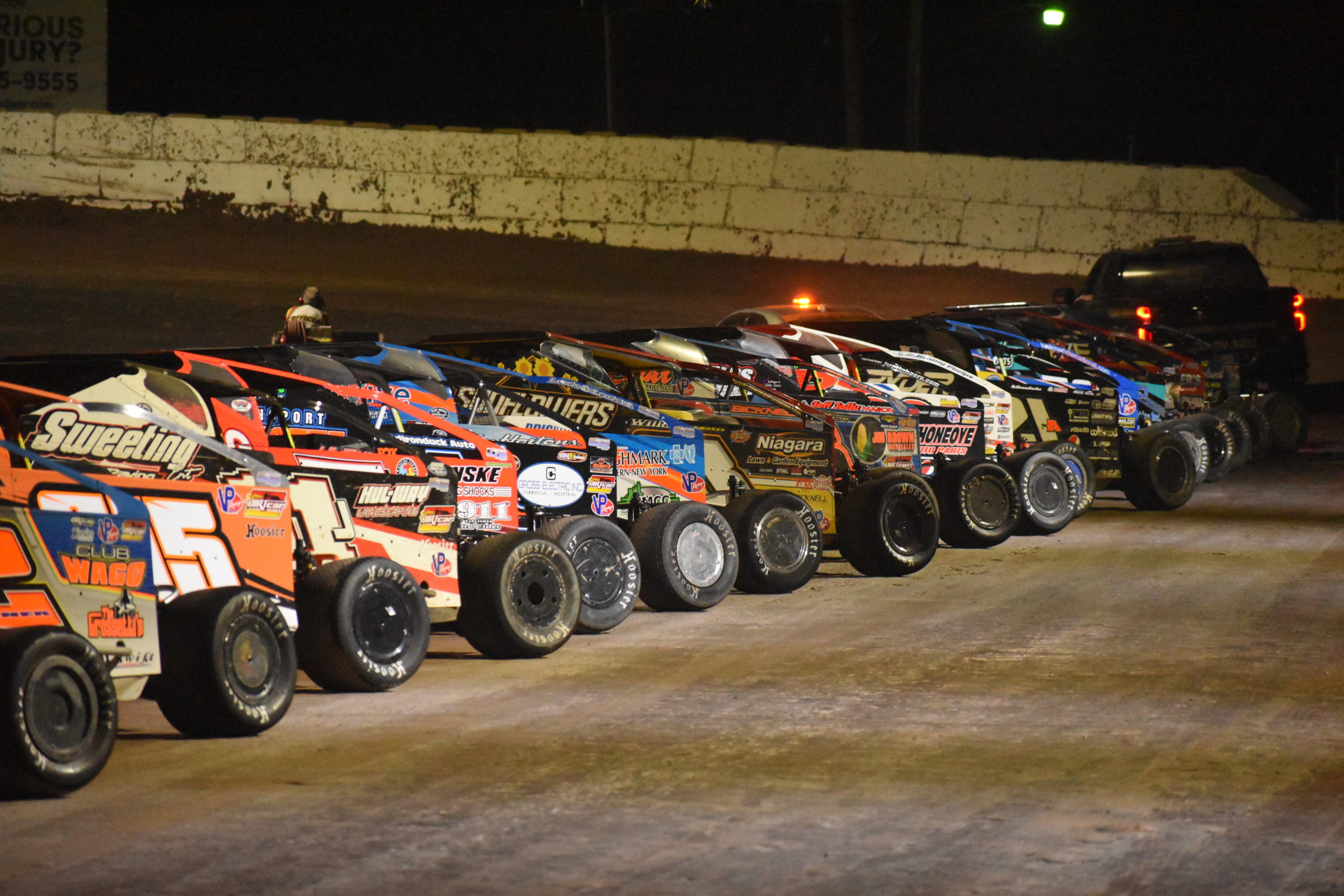 Next up, the Super DIRTcar Series hauls to Albany-Saratoga Speedway for the rescheduled $7,500-to-win Horsepower 100. Go to www.albany-saratogaspeedway.com for event details. Race fans can also take advantage of DIRTVision to watch every race live. Head to www.DIRTVision.com for more.