Next season, Mathieu Desjardins is set to take over the #37 Big Block from his teammate Paul St. Sauveur to run on the Super DIRTcar Series tour. If Friday night was a foreshadowing of what is to come, Desjardins has much to look forward to.

Coming into the second night of racing for the Series at the World of Outlaws World Finals, Desjardins had only one previous Series Feature start in America – the night before at The Dirt Track at Charlotte. But the Yamaska, QC driver did not waste any time getting used to racing on foreign soil as he battled for 30 laps to bring home a prestigious World of Outlaws World Finals trophy.

Desjardins drew the Stock Car Steel Pole Award, putting him in the best seat for a potential $10,000 top prize in the 30-lap Feature. When the green flag dropped, Desjardin jumped out in front, holding the lead for the first 13 laps.

Defending Series champion Matt Sheppard, who is poised to win a ninth title on Saturday, crept to the inside of the Quebec native and put on the pressure. After several tight side-by-side battles around the turns with Desjardins riding high and Sheppard taking the inside line, the #9S was able to edge around the #37M and take the lead on Lap 13.

The Waterloo, NY driver commanded the field as he has done several times this season for the next several laps. But after surviving two restarts, his luck ran out after a third yellow flag dropped.

Before the green flag dropped again, Sheppard’s machine came to a rolling stop due to a mechanical issue. This cleared the way for Desjardins to move back into the lead. It also bumped Tim Fuller up to second, who had charged his way forward from 12th.

After Sheppard was assisted off the track, the remaining competitors were back to contending for the final 11 laps.

Desjardins and Fuller kept the battle enticing until the end, with Fuller staying within striking distance until they crossed the finish line. After a valiant attempt, it was not enough to overtake the #37M as he kept his lead to bring home a victory back north of the border. 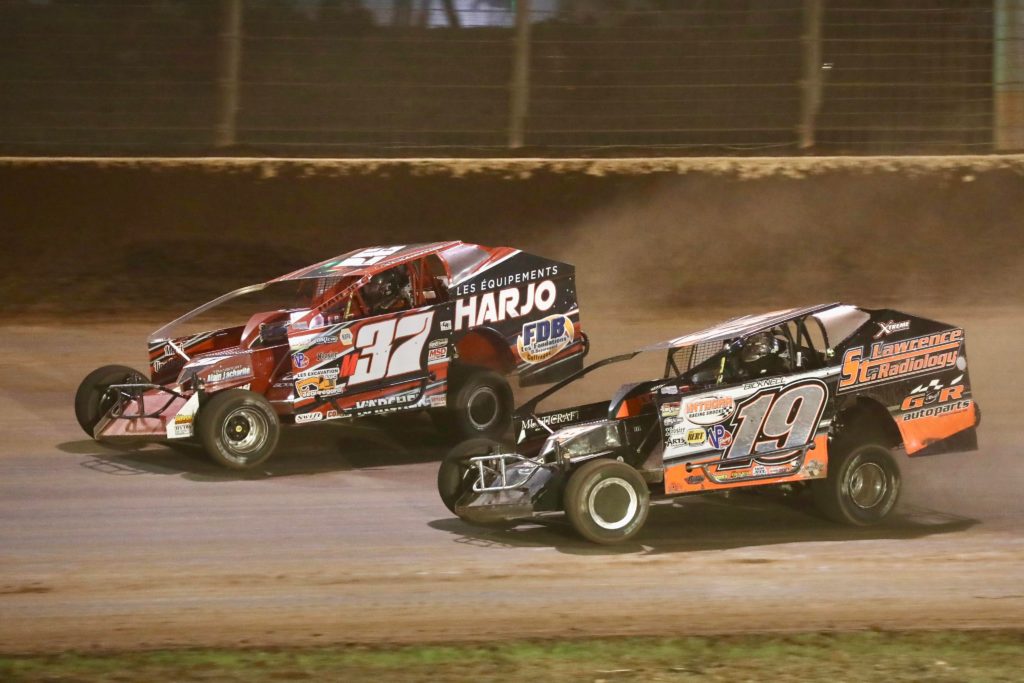 Fuller was able to run any line and be fast, but he credited Desjardins’ precision as a reason he struggled to get around him for the lead.

UP NEXT: The Super DIRTcar Series hits the track Saturday, Nov. 5, for the third and final day of racing at The World of Outlaws World Finals at The Dirt Track at Charlotte for the $15,000-to-win, 40-lap spectacular followed by the official crowning of the season’s champion.