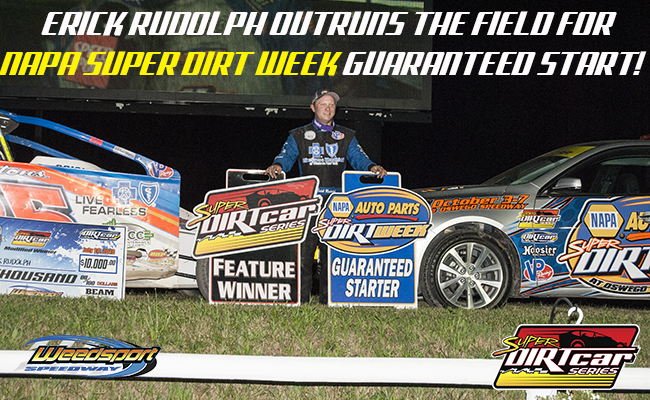 WEEDSPORT, NY – July 28, 2018 – Erick Rudolph took the checkered flag at Weedsport Speedway for a $10,000 pay day and a guaranteed start in the 47th annual NAPA Super DIRT Week at Oswego Speedway. Rudolph, who sat second in points coming into the Hall of Fame 100, has been knocking on the door of a victory all season. His first Big-Block Modified win at Weedsport Speedway could not have come at a better time, as the win came with a huge check and an automatic bid for the $50,000 grand prize at NAPA Super DIRT Week XLVII. The win also ties his father Charlie Rudolph’s career record of three Super DIRTcar Series wins. 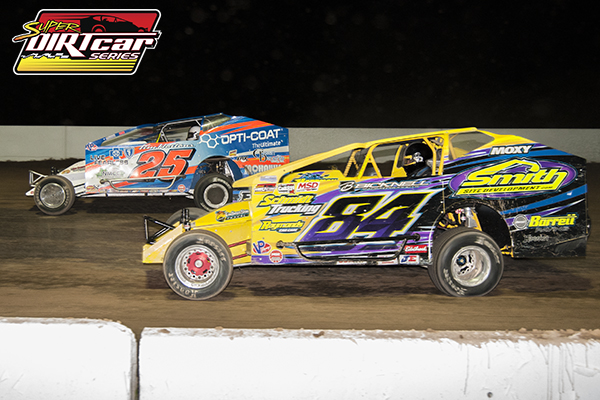 The month of October just became a lot less stressful for the 25r team. In Victory Lane, Erick Rudolph noted how excited they are for NAPA Super DIRT Week XLVII: “We are looking forward to Oswego this year. The last couple years haven’t gone as we would like, but we are looking forward to getting back there, and now that we are guaranteed in the race, we are even more excited to get there now.” Rudolph has battled demons at Weedsport after failing to capitalize on pole positions in the past.

“The track was a little tricky tonight. It had a little character in it in a few spots, a little bit different than in years past. Nevertheless, this car handled around here perfectly. We were catching lapped cars pretty quick. I tried to pass as many as I could because as soon as I passed one, I knew that was just another one second or third had to pass. It was a really racy track tonight.”

In second place came Max McLaughlin, another driver with a guaranteed starting position at this year’s NAPA Super DIRT Week After starting fifth, he never left the top five and eventually passed points leader Matt Sheppard on his way to second place. McLaughlin felt he missed on the set up and just couldn’t catch Rudolph. “Their car was good. I gave it all she had. We were just a little snug and it was my fault. I tightened it up a little too much but all in all this car has been awesome lately. We’ve had consistent top fives and second in two Weedsport races in a row. We’re very close. We’re knocking on the door. We had a really good car. Erick and those guys just hit it right. You have those nights. Really happy with the way our car is lately, the same with my teammate Jimmy, he’s been awesome.” 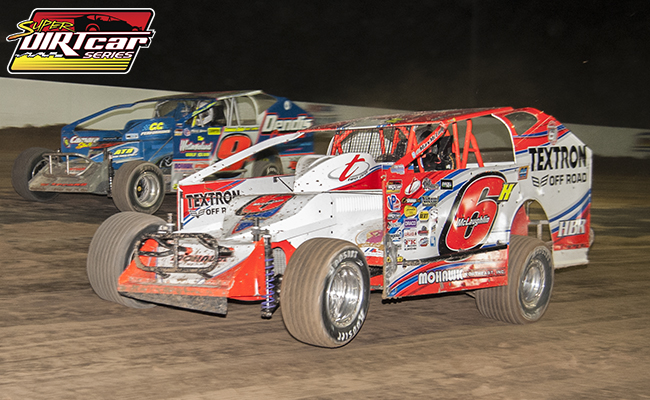 McLaughlin sits third in points just behind Erick Rudolph who is chasing third place driver, Matt Sheppard. Sheppard was content with solid points finish but vows to come back even better. “We were decent, obviously Erick was really good tonight. I felt like I kinda hung there with Max most of the race. I tried to take a stab at him a couple times but I wasn’t really good enough to do anything. We had a pretty good car tonight. But it was another good night at Weedsport for us. I think we have four top fives here now, a couple wins. We’ll take it and move on to the next one.” 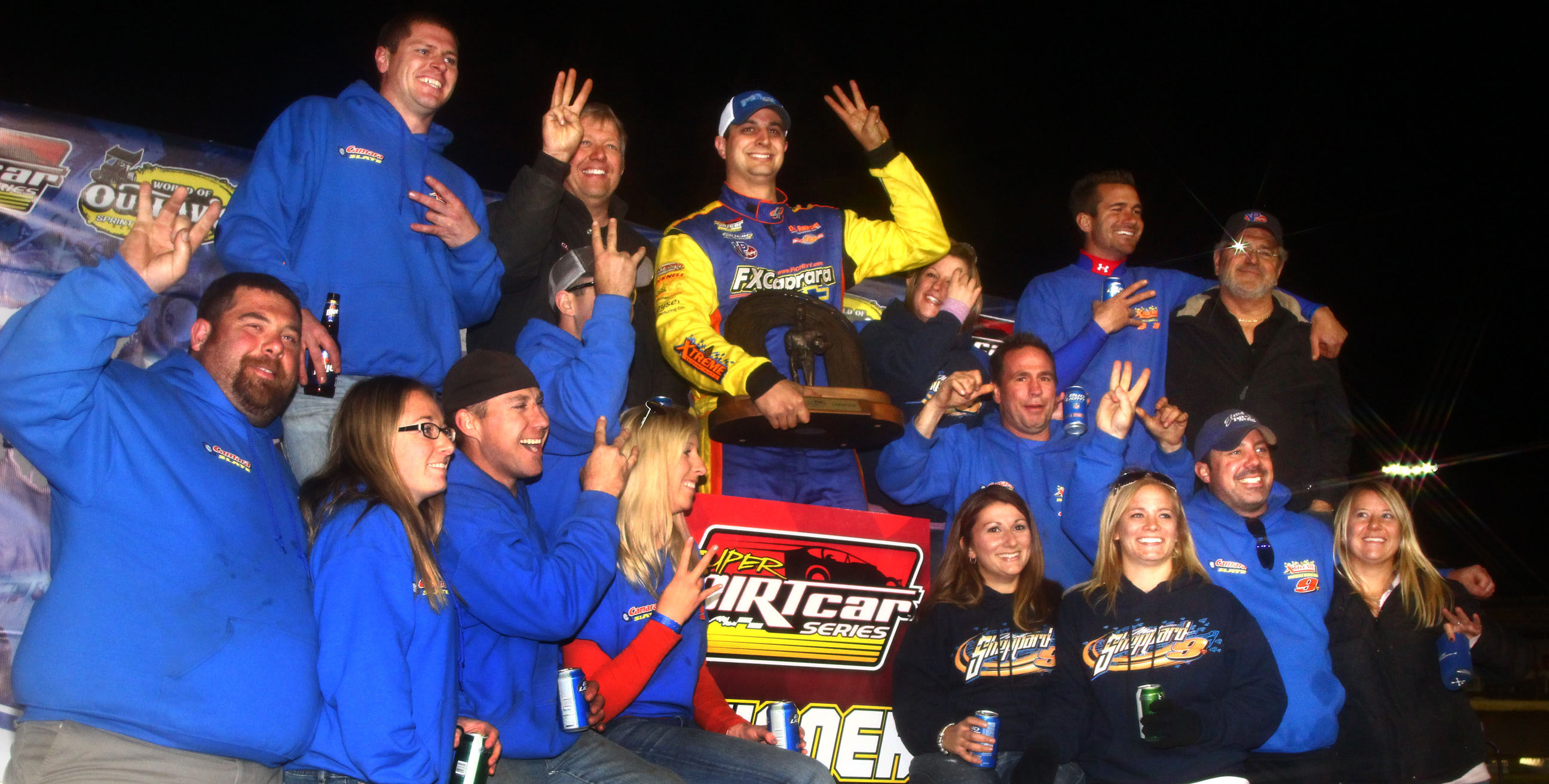 The next Super DIRTcar Series race is on Tuesday, July 31 at Airborne Park Speedway. The next day, the Series travels south to the historic Fonda Speedway for “The Jack” 100, the fifth NAPA Super DIRT Week XLVII Qualifier of the season.