Rudolph on a Roll: Autodrome Drummond 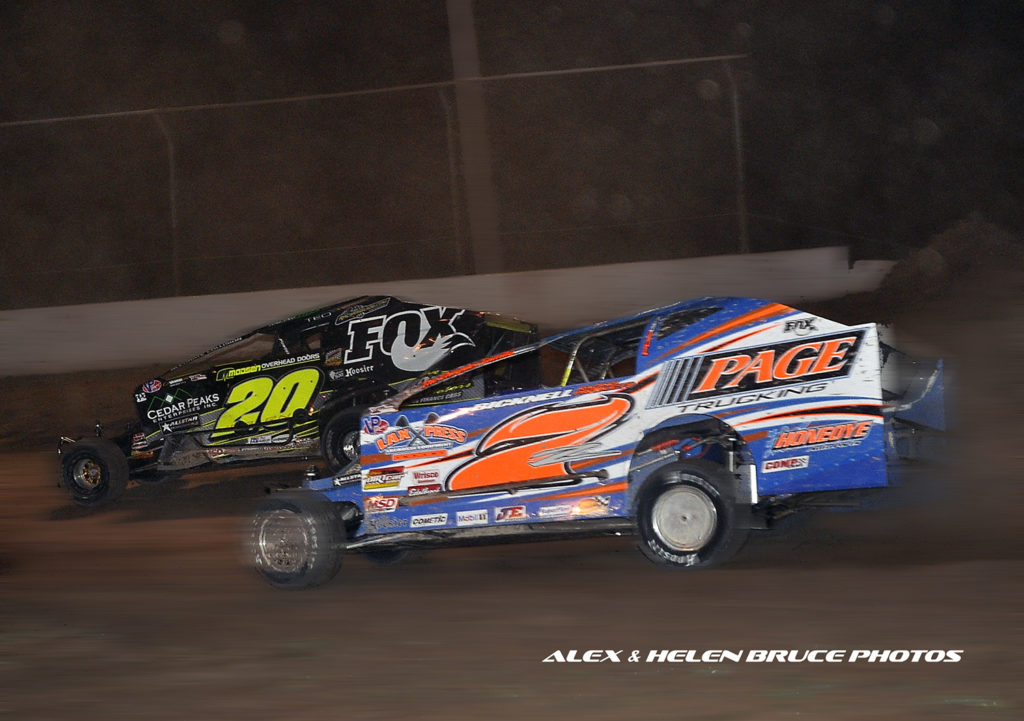 “Today we just hit it right on, where we needed to be,” the 22-year-old out of Ransomville, N.Y., said after the 100-lap Super DIRTcar Series Big Block Modified Series race Tuesday. “It started a little slow, but slowly and surely we worked up to to the front.”

Rudolph, the defending DIRTcar 358-Modified Series champion, started 17th on the grid after finishing fifth in his heat and was able to make the right moves to claim the lead over veteran racer and eight-time Super DIRTcar Series champion Brett Hearn with just 10 laps to go.

Polesitter Matt Billings led the race at the green flag, followed by Steve Paine in second, Brett Hearn in third, Larry Wight in fourth and Monday’s feature winner Danny Johnson in fifth. Paine and Hearn gathered momentum in the first few laps, with Paine passing billings for the lead in lap 4 and Hearn passing Paine for the lead in lap 9.

The Gypsum Express Ltd. No. 99L wheeled by Wight stopped in turn two during lap 11, bringing the first caution of the race. Hearn was strong on restarts Tuesday, and didn’t give competitors behind him any opportunity to challenge his position. Meanwhile, Rudolph was working his way forward, making his way to 14th after the lap-18 restart.

A collision in lap 38 brought red-flag conditions to the race track with the No. 22c of Mario Clair flipped in turn 3. The No. 22c, as well as the No. 9H driven by point leader Matt Sheppard and the No. 54 of Steve Bernard were towed off the track.

Hearn led the next double-file restart over another veteran racer, Danny Johnson, with Rudolph running in eighth. Over the next 40 green laps, Rudolph steadily gained rank, passing Paine for fifth in lap 58 and Matt Billings for fourth in lap 74. Another caution took hold of the race track in lap 80, resulting in a single-file restart during which Rudolph gained two positions to run in second.

Billy Dunn challenged Rudolph for second in lap 88, and Rudolph powered forward, not only fending off Dunn’s challenges, but also making his way closer to the leader. Rudolph ran bumper-to-bumper with Hearn and wheel-to-wheel with Dunn, until Dunn fell back and Rudolph was able to pull alongside Hearn. Rudolph took the lead in lap 90 and never looked back.

“I was able to size him up. It seemed like I was a little quicker than him,” said Rudolph, whose win Tuesday marks the first Super DIRTcar Series victory of his career. “Then, when I got a run, I took the spot.”

Defending series champion Hearn, while hoping for a win Tuesday, was pleased with a strong second-place finish.

“We had a very fast car. I’m really proud of how the team came here ready to race,” Hearn said of his No. 20 Madsen Motorsports team. “We laid down some good laps in time trials both nights, we had good heat race runs, but we sealed the right rear tire and we got beat by a faster car at the end. It was a great race, obviously I’m disappointed, but at the same time I’m really proud.”