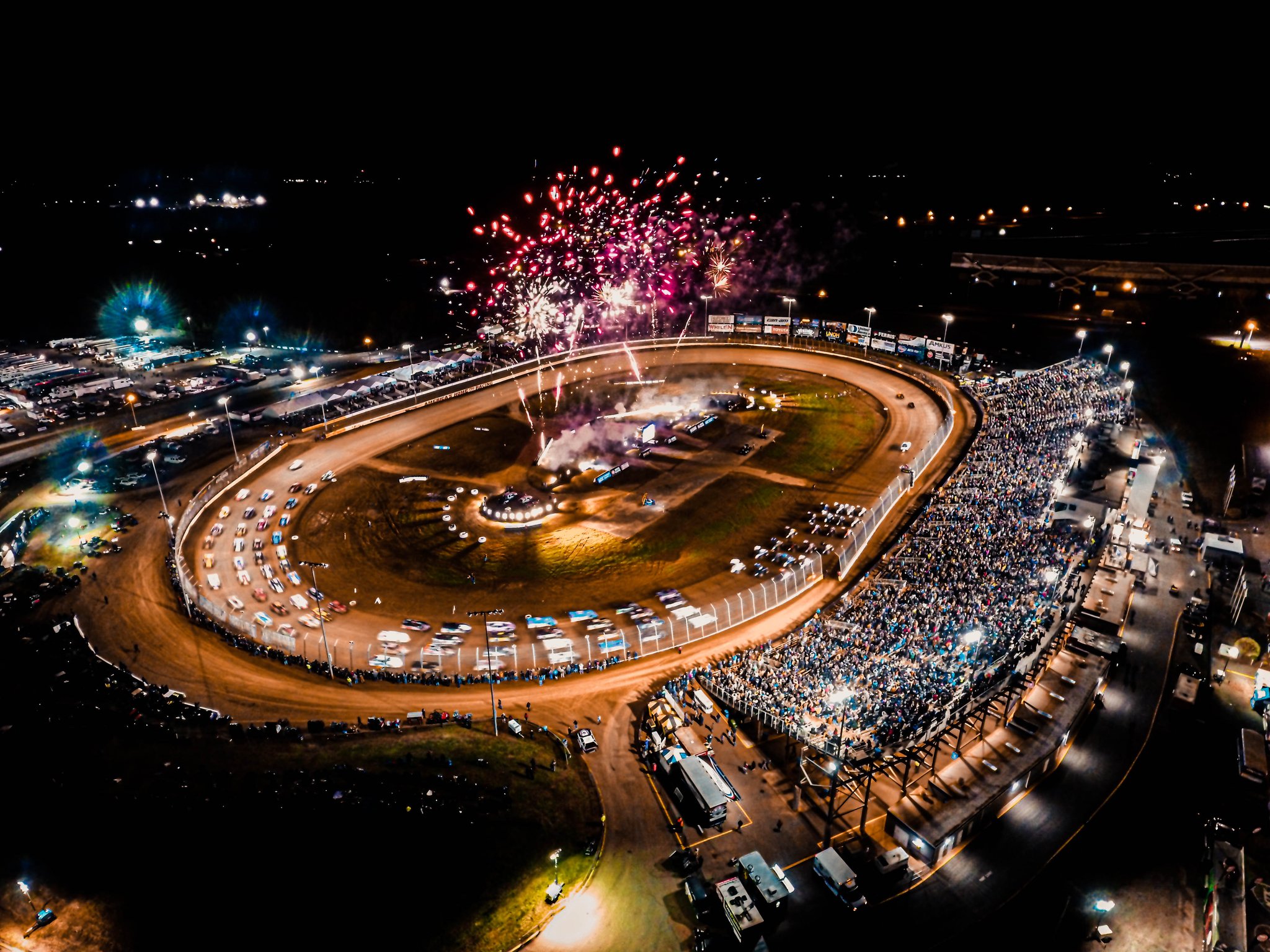 Personal Coolers
as long as you can carry yourself

SWEDESBORO, NJ – 28 premier Super DIRTcar Series Big Block Modified drivers charged into 100 laps of the unknown at the newly reconfigured high-banked, Bridgeport Motorsports Park at outset of the ‘King of the Big Blocks’ 100.

Every driver in the field rose to the occasion and fought hard for the win but only the 5-time NAPA Super DIRT Week champion, Stewart Friesen, would be crowned ‘King of the Big Blocks.’ In Victory Lane, an emotional Stewart Friesen dedicated his win to the late Danny Serrano who passed away after working all Winter to prepare the new Bridgeport Motorsports Park for race season.

Friesen won his Heat Race to make it to the Redraw and randomly selected 9th. With 100 laps to run, there was plenty of time for the Halmar International no. 44 to make up the necessary ground.

The Gypsum Racing cars of Larry Wight and Billy Decker led the field to the green flag. The no. 99L took off and jetted out to an early lead while Ryan Godown, Chris Hile, and Mike Mahaney duked it out for the rest of the top 5.

The next 20 laps stayed green and Decker began reeling in Wight. Slowly but surely Wight started to fade. On lap 20, Wight relinquished the lead to Decker. At the same time, Friesen began making serious inroads to the top 5 passing both Mike Mahaney and Chris Hile in one fell swoop for 4th.

Everything changed on lap 25.

Decker, while running in the lead, suffered a flat tire and brought out the caution. Incredibly, Decker was able to fight through the field all the way back to second place.

“I didn’t expect to be on the podium but when it blew, sometimes getting a new tire early can win you the race,” said Decker. “By the looks of Friesen’s tire [in Victory Lane], we weren’t far off.”

On the restart, Friesen jumped to 2nd and then the lead, but suddenly the caution came out for Matt Sheppard and Mike Mahaney.  Both went behind the wall before starting their charge to the front once again.

Friesen then outdueled Wight for the lead and drove off. Wight later retired from the race due to a mechanical failure.

At the halfway point, Friesen was leading but Matt Sheppard worked his way back up into the top 5. Sheppard finally caught up with Friesen with 12 laps to go and made the pass. Almost immediately the no. 9S slowed and brought the caution flag out. His night was over although he did receive a free Hoosier Racing Tire for redrawing position 12.

Friesen noted the Sheppard pass: “I figured the tire was shot because we started skatin’ pretty good. The car was getting upset in the bumps off of turn 2 a little bit. I tried to guard the bottom but Matt [Sheppard] got me on the top,” said Friesen. “I don’t know what happened but Danny Serrano was looking out for me tonight.”

Then it was Billy Decker’s turn to try and take down Friesen. He threw everything he had at him. “You have to hit it just right to get a run,” said Decker. “I was close but didn’t want to lay iron on him. I was trying. I didn’t come here to finish second.”

“The car was a lot better than me all night. We didn’t qualify well and I don’t think it had anything to do with the car, “said Phelps. “It just took me a while to get used to this place. What a great, racy place.”

The no. 98H never went away and the Baldwinsville Bandit never gave up.

“It took me 50-60 laps to get to the top of turns 1 and 2 and the car could drive all over in 3 and 4. But I am happy. I wasn’t sure about halfway we had climbed up to 10th and then went back to 15th. Fortunately, the attrition helped us make it back in there.” 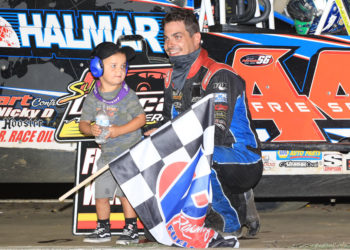 Track History
Design for Vision/Sunglass Central Speedway at Bridgeport is an all-new 3/8-mile high-banked dirt oval on the inside of the original Bridgeport Speedway monster 5/8-mile oval. The goal of the track was to open up options to run 410 sprints, wingless sprints, small blocks, and many other divisions on this smaller bull ring style 3/8-mile track.

Billed as “The Fastest Dirt Track in the East,” the original Bridgeport Speedway lived up to its name. The Bridgeport Modifieds, the speedway’s premier division, reach average speeds of well over 100 mph. The roomy corners can safely provide three and even, at times, four wide racing action. A two-tiered guardrail along the outside of the speedway, as well as, a concrete wall located on the inside of the corners provides drivers and fans with an ideal safety environment.

In an effort to host more races a 1/4-mile speedway was previously built inside of the 5/8-mile oval. Like its bigger brother the 1/4-mile provided three- and four-wide racing action in all divisions.