Event Description
The $10,000-to-win Battle of the Midway 100 takes place at the historic Orange County Fair Speedway. The Middletown, NY race track has been in operation for over a century. The winner is awarded a guaranteed start in the Billy Whittaker Cars 200 at NAPA Super DIRT Week XLIX.

Rookie runner Chris Hile in the #5H captured second place, which awarded him a guaranteed start in the Billy Whittaker Cars 200 at the 49th NAPA Super DIRT Week. Seven-time Series champion Matt Sheppard drove up from 16th to pick up the final step on the podium salvaging an otherwise difficult day. Stewart Friesen, out of Sprakers, NY, has been on an absolute tear on the Series trail in 2021. He has now won six out of 11 races.

“This thing has been fast for the last month,” Friesen said gesturing to his black and blue #44. “Tonight, I was pretty good in the middle and top but this thing was fast everywhere. We haven’t been making a lot of changes, just a couple of small ones. The race team has been working so well together. That’s really the key to winning.”

At the drop of the green flag, Friesen immediately started dispatching drivers for position and moved to the front. He then went on to track down pole-sitter Billy Decker and made the winning pass at the halfway point in lapped traffic.

“I was just trying to roll the guys on the top and not overcook the tires,” noted Friesen. “I took care of them and they stayed with me the whole time. I saw some moisture up there early. Then it dusted up but there was a lot of moisture underneath. I went up there to clean it off and as it cleaned off the track widened out. I just kept chasing the grip up the track.”

Runner-up Chris Hile was so close to netting his first Series win. He was fast throughout Time Trials and Heat Races and then redrew the outside pole to start the race. Decker got out ahead on the initial start but Hile was determined not to let the #91 run away.

Before he could mount an attack on Decker, the #5H fell to Friesen’s run to the front. Hile still managed to wing his #5H around the outside of Decker for second in the closing stages.

Then, Anthony Perrego charged by Decker and Hile and was in second for the final restart with three laps to go. Unfortunately, Perrego’s #44 ran out of gas with two laps on the board.

“Early on we had a couple of brand new Hoosiers so it took a while for them to cycle in and start working for me,” noted the Syracuse, NY native Chris Hile. “Those early yellows worked out for us. We got to beat up on the tire a little bit and then idle around so they cycled in. It was tough to see the top on entry but once it widened out I could hit my marks better and saw that Friesen was up there. We were running third and then ran around Decker on the top for second. I would have been happy with no more yellows at that point.”

It was razor close for Hile at the end. He ran out of VP Race Fuel on the scales and had to be pushed to the front stretch for Victory Lane celebrations.

But while the car was low on fuel, it was not low on speed.

“This is a new car for us,” Hile said. “We have like 5-6 starts and a couple of wins with it. This one was really close. That last restart the fuel pressure gauge was bouncing around and then it spit and sputtered the last three laps. Really proud of our team. Cool to run up there and stay inside the top 4 the whole time against those guys.”

With Friesen already a NAPA Super DIRT Week guaranteed starter, Hile was awarded the status instead.

“We don’t want to rely on it but it’s really nice to fall back on if we need it,” said of his automatic birth in the Billy Whittaker Cars 200. “The cream of the crop are all there so anything can happen.”

It was a long way to go to the front for Matt Sheppard from Waterloo, NY. He was not his normally bad-fast self in Time Trials and Heat Races. The #9s finished one position out of a redraw position in his Heat Race.

“We are really pleased to come up from 16th,” said Sheppard. “It was tough sledding out there.”

Sheppard hauls his Big Block down to Middletown, NY every week and is currently leading the points there but Series racing is another animal.

“It was a bit of a home track disadvantage as the track surface was not quite what we’d been used to,” Sheppard noted. “We got a little curveball thrown at us tonight but really for the way we started we’ll take it.”

Mad Max McLaughlin was the Billy Whittaker Fast-Time Award winner in his #32c. McLaughlin pulled 11th for his starting position in the redraw and fought his way up to finish in the top-five.

Rookie racer Tim Sears Jr. crossed the line in the sixth position after passing 18 cars for position. The driver of the #83X was named the Hard Charger of the race for his efforts. 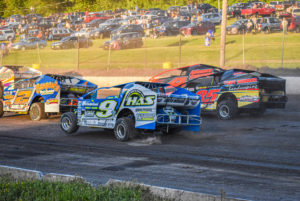 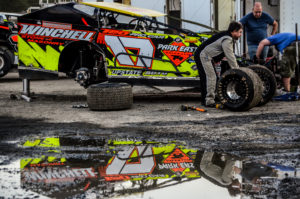 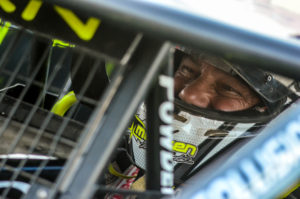 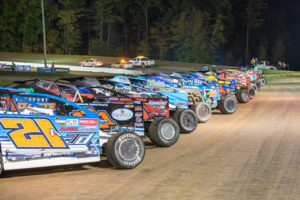 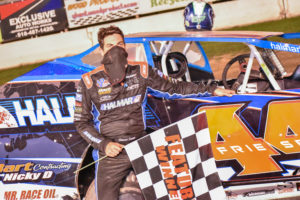 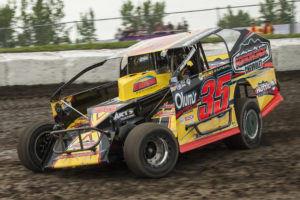 MAHANEY MATTERS: Mike Mahaney is ready to fly in 2020 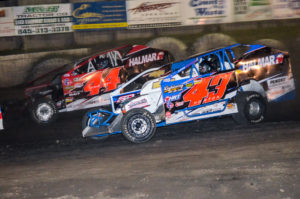