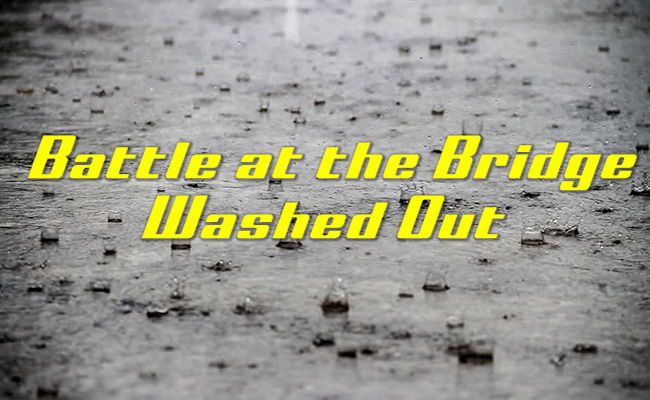 CONCORD, NC – May 15, 2018 – Unfortunately due to a full week of torrential rains and severe thunderstorms, the Super DIRTcar Series tour stop at Bridgeport Speedway for the Battle at the Bridge has been cancelled.

The National Weather Service has issued a Flood Watch for much of the region through tonight and tomorrow. The grounds have already taken on a lot of water, so the facility will not be safe for racing action on the 5/8th mile track. Between the wet forecast and the rains in the week prior, the track will not have a chance to dry out. Bridgeport Speedway and Super DIRTcar Series officials wanted to get the race in but the call had to be made in the name of safety.

The next race, and first point-paying Super DIRTcar Series race, will be at Weedsport Speedway on Monday May 28, Memorial Day. The winner of the Heroes Remembered 100 will earn a guaranteed starting position at NAPA Super DIRT Week October 3-7.

The World of Outlaws Sprint Cars will storm Bridgeport Speedway on Tuesday May 22. They’ll be competing on the brand new 3/8 mile circuit.