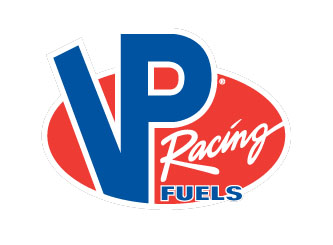 Jan. 30, 2009 — World Racing Group announced today that VP Racing Fuels has signed a multiyear agreement to be the Official Racing Fuel of the World of Outlaws Sprint Car Series, the World of Outlaws Late Model Series and the Advance Auto Parts Super DIRTcar Series, all 12 divisions of DIRTcar Racing and UMP DIRTcar Racing along with a number of regional touring series that fall under the DIRTcar banner.

In the DIRTcar Racing Northeast Region, the only fuels allowed in the Big Block Modified and 358-Modified divisions at sanctioned events will be VP110 and C12. Fuels available to other divisions and regional series, in addition to VP110 and C12, include VP113, Late Model Plus, Motorsport 109, M1 and M5 Methanol, as well as any of VP’s other specialty blends.

“Whether it’s the World of Outlaws Sprint Car Series, the UMP DIRTcar Summer Nationals or the DIRTcar Big Blocks, competitors all will now have the opportunity to experience the increased power and torque for which VP’s fuels are famous,” said Steve Scheidker, VP’s Director of Marketing. “People might not realize, but the World Racing Group sanctions nearly 5,000 events at nearly 150 tracks across North America, reaching competitors in all market sizes. This represents a variety of racing applications, each with unique fuel requirements. With VP’s wide variety of specialty fuels and 1300 dealers across the continent, partnering with the World Racing Group from top to bottom is a natural fit for us.”

The multifaceted deal begins with the season-opening Alltel DIRTcar Nationals by UNOH from Feb. 3-14 at Volusia Speedway Park, where VP will be the sole fuel supplier at the high speed, half-mile oval near Daytona Beach, FL, during the 12-night event to launch the 2009 season. It will be the first of several major events where VP Racing Fuels will be the exclusive trackside supplier. Under the agreement, Volusia is one of six World Racing Group-operated tracks for which VP will be the official fuel supplier.

“We have been watching VP’s efforts for a number of years and pride ourselves on partnering with industry leaders who provide superior products with customer service and technical support to match. We know we have found that with VP Racing Fuels,” said World Racing Group President Tom Deery. “In turn, they recognized the power of our DIRTcar Racing properties in conjunction with the World of Outlaws and we look forward to many years of VP providing consistent top quality racing fuels to our competitors.”

“We’ve been part of the dirt track racing scene for a long time, but working with the World Racing Group across all of its series and sanctioning bodies has long been a goal of ours,” said VP’s Eastern Regional Manager Jim Kelly. “VP has fueled modified winners at Syracuse and the rest of the DIRTcar member tracks many times in the past. Racers may not have been able to run our C12 in recent years, but now they’re all going to realize the extra power, torque and cooler operating temps that C12 offers. We look forward to getting back to those tracks and fueling the Big Block and 358 Modifieds as they compete for Advance Auto Parts Super DIRTcar Series victories and Mr. DIRTcar championships across the Northeast.”

VP Racing Fuels will roll out a program to quickly become a part of the fabric of DIRTcar Racing with aggressive promotional programs for DIRTcar sanctioned tracks, while giving the competitors a variety of incentive programs across all World Racing Group series, divisions and sanctioning bodies.