Tim Sears Jr. grew up watching his father and uncle compete in the world of DIRTcar Racing around New York for as long as he can remember. He was always in the garage with them, learning and helping where he could, never missing a race.  When he turned 15 years old, he decided it was time to take his turn sitting in the driver’s seat.

Growing up in Central Square, a suburb of Syracuse, he had the privilege of several tracks, such as the Brewerton and Fulton Speedways, being within a short distance. It was a prime opportunity to log as many laps as possible, and to refine his skills on and off the track. He started in a rookie league at Fulton Speedway in Fulton, NY, and within five years had made his first start with the Super DIRTcar Series. During the 2016 season, he nabbed his first top-five finish, and would notch two more over the next two seasons.

Now in his second full season as a full-time Series driver, Sears Jr. is coming back to the place where it all began. The Series will be kicking off the inaugural SummerFAST, a four-day event that will see the Big Block Modifieds hit the track four straight days. Brewerton Speedway (Tuesday, Aug. 16) and Fulton Speedway (Wednesday, Aug. 17) are both on the docket, along with Weedsport Speedway (Monday, Aug. 15) and Land of Legends Raceway (Thursday, Aug. 18).

“I’m excited for it,” Sears Jr. said about the new SummerFAST event. “We usually don’t get to do that. We usually do one race a week or so. But I’m excited for the week. We’ll also trying to get everything lined up in case something happens or get all our ducks in a row so that way we can have stuff.” 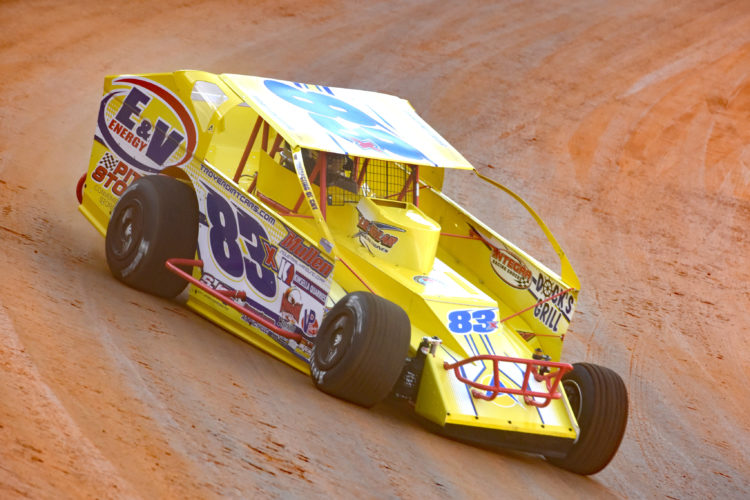 Sears Jr. will inevitably have some extra support from fans who see him race weekly at Brewerton and Fulton. He currently sits at the top of the track leaderboard at Fulton and fourth at Brewerton going into the last weekend before SummerFAST.

In his second full season with the Super DIRTcar Series this year, he has notched three top-10 finishes, with his best finish of fifth coming at Albany-Saratoga Speedway on June 24. With nine races left in the championship season, the 30-year-old is keeping it simple with his approach to the remaining races.

“We just want to keep running good and finishing good,” Sears Jr. said. “We struggled at the beginning of the year. We had a really hard DNF when we went to Bridgeport. We didn’t even start because we broke in Hot Laps. That one hurt. Then, the next couple of races we didn’t unload fast enough. So, we just buried ourselves and we’ve kind of been digging back. We’ve been good the last month. So, we’re hoping to keep the momentum going coming into our home tracks.”

As far as the 50th Running of NAPA Auto Parts Super DIRT Week and World Finals plans, Sears Jr. is keeping his focus on the “here and now.” He has decided to “not look too far out” and focus on the races he has in front of him first.

The inaugural Summer FAST event will kick off Super DIRTcar Series racing this month, starting at Weedsport Speedway (Aug. 15) and then going to Brewerton Speedway (Aug. 16), Fulton Speedway (Aug. 17) and Land of Legends Raceway (Aug. 18). There will be a points championship for the four races with the overall champion receiving a special trophy.

For tickets to SummerFAST and other Super DIRTcar Series events, CLICK HERE.