The best Big Block Modified drivers in the world will be on the hunt for the prestigious Big Gator championship trophy.

Big Block Modified Features at the DIRTcar Nationals are a touch different from traditional Series races where race fans are accustomed to seeing 100-lap battles. Instead, the Features at Volusia from Tuesday to Friday are 30 laps and $4,000-to-win. Saturday night’s finale is 50 laps and $5,000-to-win. These races do not count towards the Super DIRTcar Series points championship but they do count as prestigious Series wins in the record books.

Tickets are available for all five nights of racing at Volusia Speedway Park.

Tonight, Tuesday, February 9, features the DIRTcar Late Models with the Big Blocks. The next four nights, Wednesday to Saturday, the World of Outlaws Morton Buildings Late Models take over on the card. Alternatively, race fans can watch the live broadcast on DIRTVision. 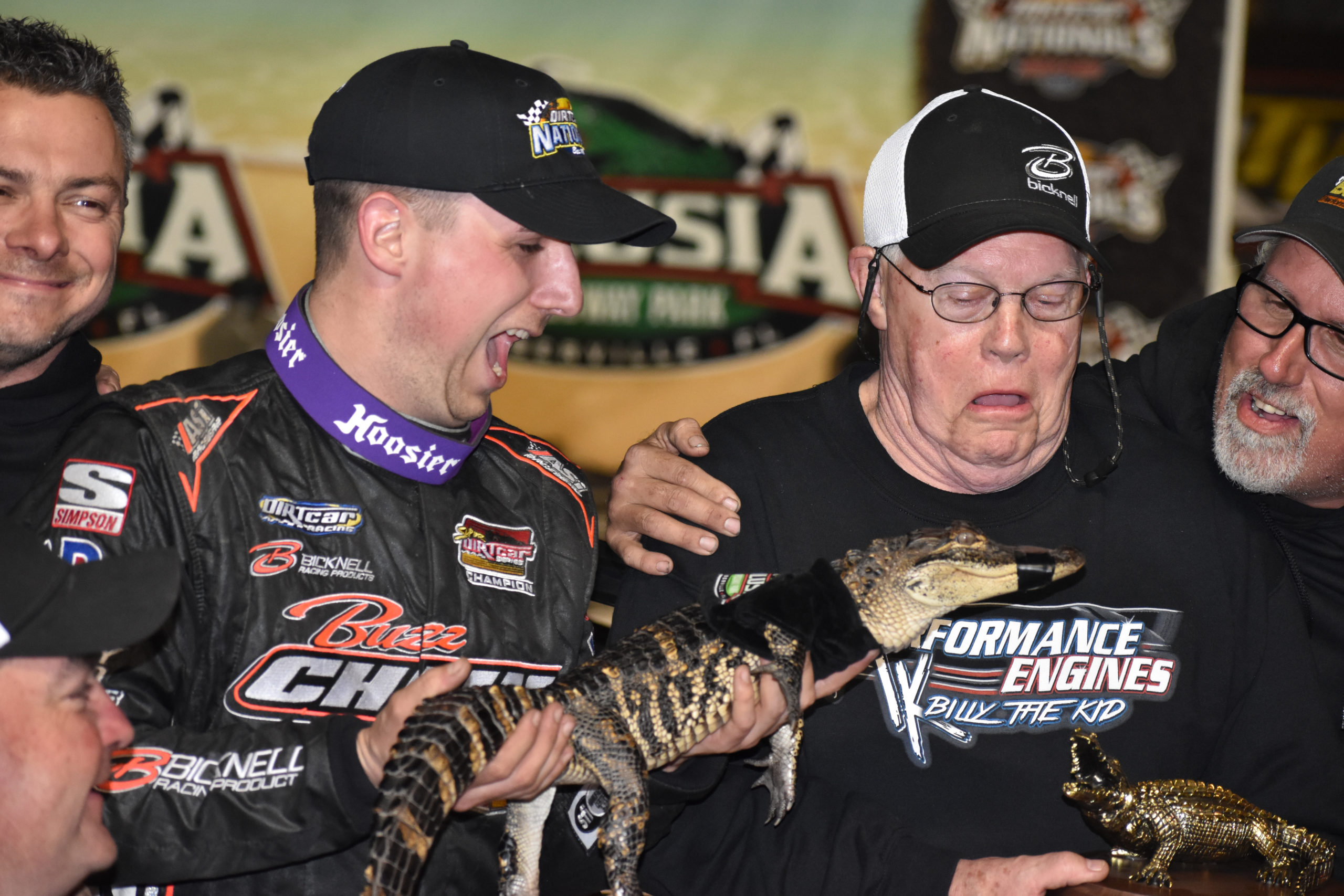 Defending Series champion Mat Williamson, from St. Catharines, Ontario, was the other man to beat in 2020 at Volusia. Williamson won the first night and the final night as Wight picked up three straight in between. Look for Williamson in his #88 Buzzchew Racing, Shakelton Auto Parts Big Block Modified to be fast out of the box at “The World’s Fastest Half-Mile.”

The defending Super DIRTcar Series DIRTcar Nationals champion Larry Wight will not be in attendance but for good reason: His wife had a baby on February 8. Although Wight will not be traveling with the team, race fans will see the familiar Gypsum Racing red gracing Billy Decker’s #91. He’s looking to make a championship run this year and starting out fast at Volusia is often a key indicator for early-season success.

For all of his success, only two of his 70 Series wins have come in DIRTcar Nationals competition. “The Franklin Flyer” is eager to add to his total this week.

Matt Sheppard, a member of the Top 50 DIRTcar Nationals drivers, says Volusia is unique because once you think you have it down, you don’t. He’s looking to a strong DIRTcar Nationals as the 2020 edition was not his best Florida excursion.

Sheppard has eight wins to his name at Volusia and three Big Gator championships.

The Ransomville, NY racer Erick Rudolph is a strong contender at every race. The top guns of the Series know the #25R is coming for them again in 2021. Can Rudolph kick off the 50th anniversary of the DIRTcar Nationals with a win.

Rudolph has won Series races in New York, Quebec, Canada, and Ohio but so far a Florida victory eludes him. 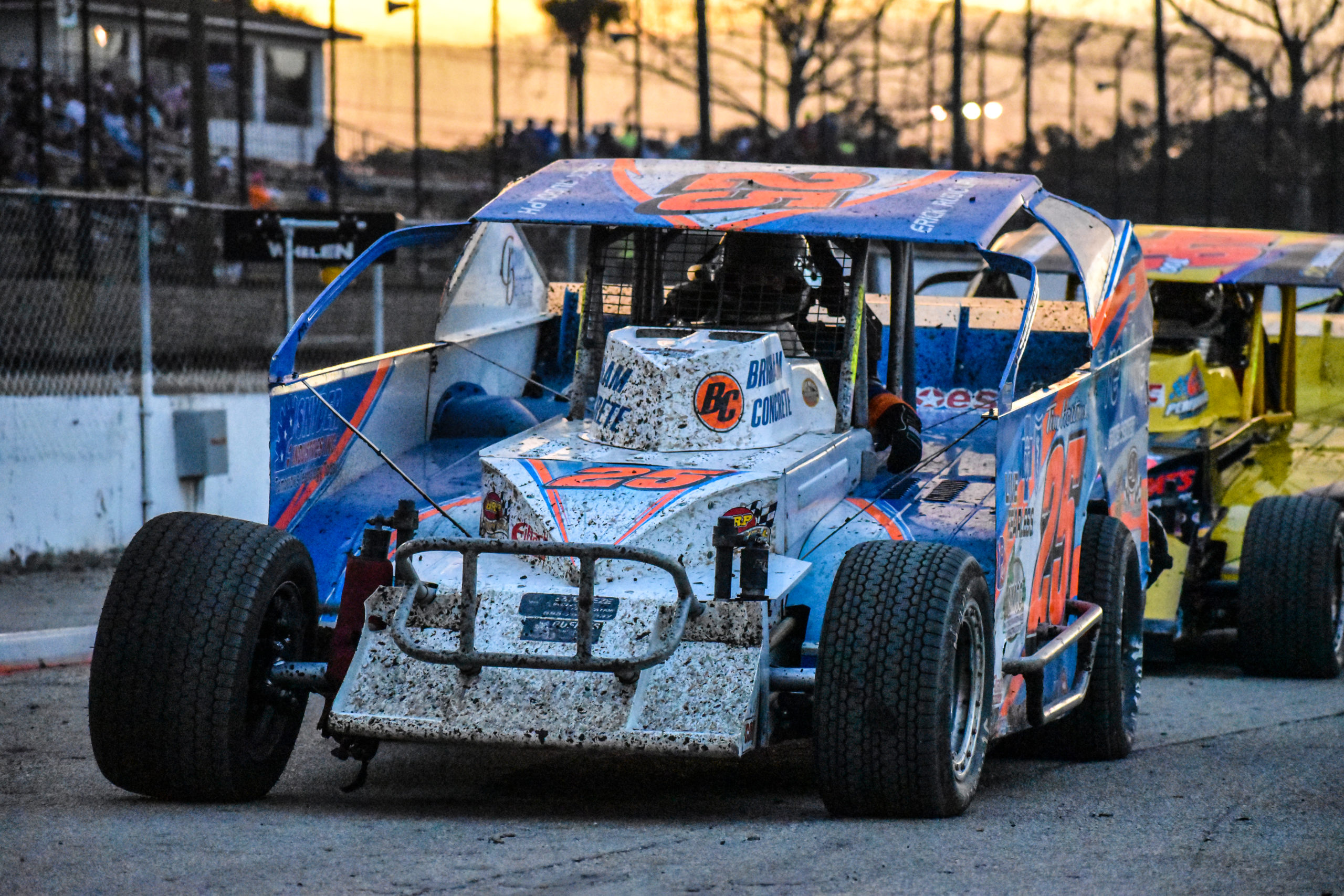 Never count out Stewart Friesen. The Sprakers, NY Canadian-American wheelman has added another motor racing vehicle to his repertoire; a dirt late model. Now Friesen will be back behind the wheel of his Super DIRTcar Series Big Block Modified before going to “the big track” to run his NASCAR Camping World Truck. Friesen was held winless at Volusia in 2020.

Seven out of Friesen’s 33 Series victories have come at Volusia.

Brett “The Jet” Hearn is back behind the wheel. He has the most DIRTcar Nationals checkered flags out of all Super DIRTcar Series drivers. Notably, Hearn’s first win came on a flat three-eights of a mile track on the same grounds when the half-mile was paved over.

When it comes to success at the DIRTcar Nationals Hearn is in a league of his own. He’s earned nine Big Gator trophies and a whopping 21 Feature wins. No one else is close.

Max McLaughlin has made a name for himself behind the wheel of a Big Block Modified, an asphalt modified, and stock cars. He had an incredible run during last fall’s OktoberFAST including his first career Super DIRTcar Series win which came at Weedsport Speedway.

Tim Fuller has 31 career Super DIRTcar Series wins under his belt. His last DIRTcar Nationals win came in 2016. Watch for the #19 to be a steady presence at the front of the field. 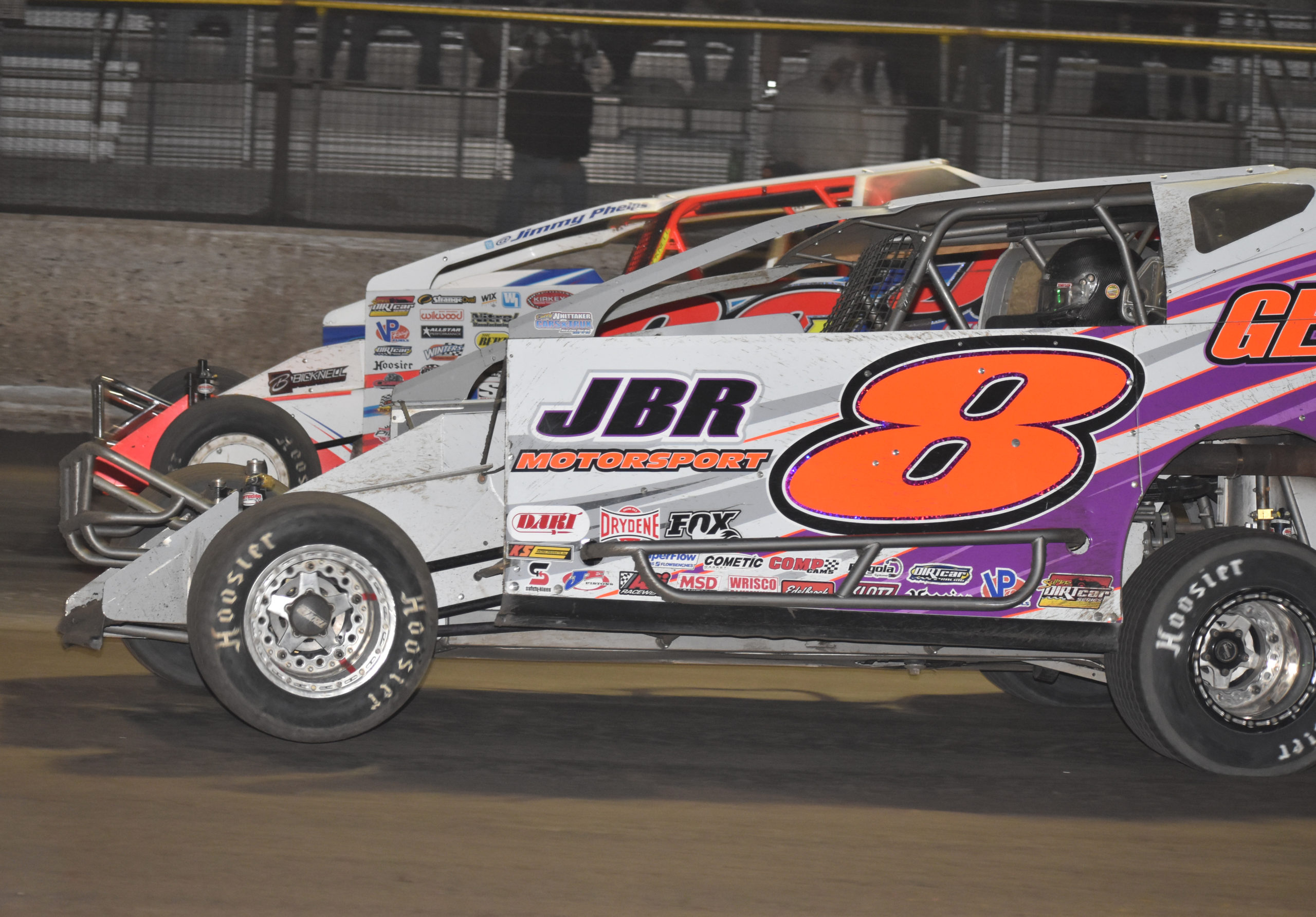 Albany-Saratoga Speedway hot shoe, Jessey Mueller, planned to make 2020 his rookie season in the Super DIRTcar Series. He’s going for it again as we get 2021 started with a bang.

“The Batman” Peter Britten has a brand new Bicknell Racing Products chassis for the 50th annual DIRTcar Nationals. True to his nickname, he’s gone all black on the #21A.

A couple of Big Block veterans, Rick Scagliotta and Dave Rauscher are looking to make their presence known at Volusia. Rauscher is coming off an injury plus a huge rollover at Land of Legends Raceway this past summer in his #48too.

Jack Lehner continues to improve and could soon become a consistent threat for podiums this year. Watch his Time Trials results to see if the #2L is going in the right direction at Volusia. A solid Time Trial can set a driver up for a strong night.

Keep an eye on these drivers:

Race fans can catch every lap of action in person at Volusia Speedway Park or live on DIRTVision.com.