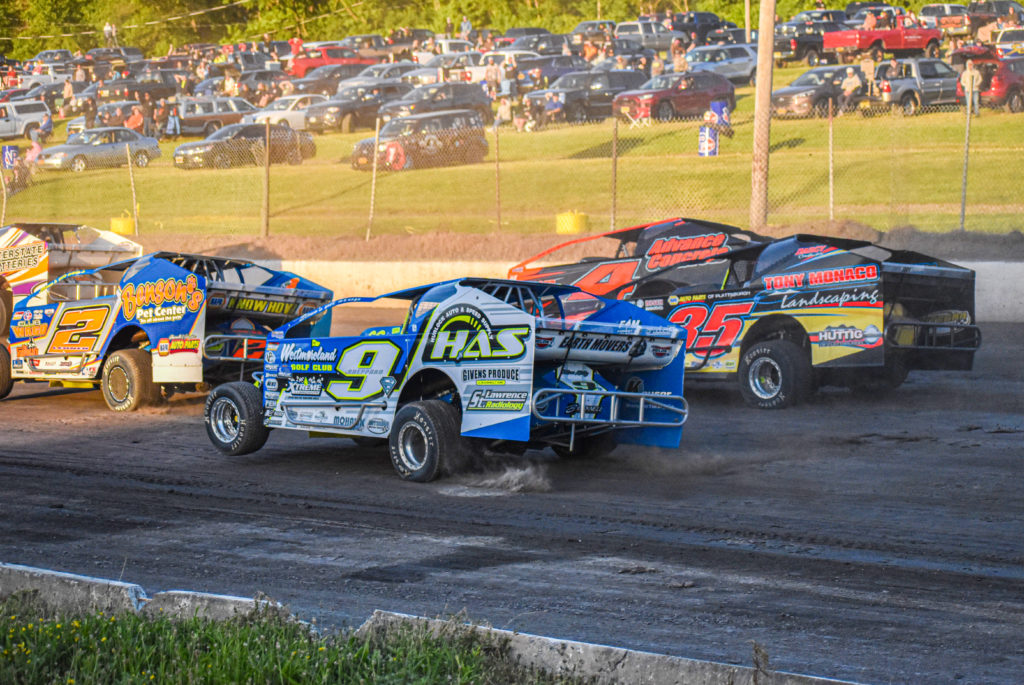 MIDDLETOWN, NY – There’s no shortage of storylines going into this Thursday’s Centennial 102 at the Orange County Fair Speedway.

The spectacle of the Super DIRTcar Series at Orange County will satisfy race fans who are eager for the Series to return to the historic 5/8-mile speedway.

WILLIAMSON LOOKS TO DEFEND: Mat Williamson is defending two titles going into the Centennial. Not only is the St. Catharines, Ontario driver the defending Super DIRTcar Series champion but he’s also the defending Centennial 100 race-winner. This year, the Buzz Chew #88 Big Block has been steadily making his way higher and higher in points now sitting fifth and 142 off of point leader Stewart Friesen.

“It’s Chris Larsen’s race and it means a lot to everyone at Halmar,” Friesen said. “I’m really excited to get down there to race.”

HEARN’S HOUSE: In 1919, multi-horsepower engines replaced real “horse power” at Orange County Fair Speedway. Since then, DIRTcar Big Block Modifieds have taken over as the main attraction for the race track. Buzzie Reutimann took the first Series race win at Middletown in 1972 but it’s been Brett Hearn dominating the record books since 1980, accumulating 15 Series wins.

The 900-plus win driver from Sussex, NJ, and Orange County Fair Speedway promoter is strapping into his #20 once again. This time, it’s for the $10,000-to-win Centennial 102 to the delight of Super DIRTcar Series fans everywhere.

“I think we are going to have to just figure it out,” noted Erick Rudolph from Ransomville, NY. “We don’t have any laps there this year and last year we only went to one where we didn’t get a lot of laps. We’re going in there with an open mind and make the proper adjustments as we see fit.”

Rudolph has been snake bitten in Time Trials but his heroics coming from the back of the pack in Features have been noted. After a tough start to the season, the #25R was deep in the points standings but after his recent strong runs including a podium in Canandaigua, NY, Rudolph is seventh and only 15 points out of third.

QUICK LEHNER: Jack Lehner has had a wild year so far in 2021. He destroyed a race car at Albany-Saratoga in Hoosier Weekly racing and had to make a Hail Mary come back run at Land of Legends Raceway after using a provisional to start the race.

Lehner currently rides 13th in points and is looking for a strong run at a familiar yet imposing race track.

“We’ve been there twice this year and did not have a lot of success,” Lehner said. “We ran there quite a bit in 2020 and had some good runs. I’m looking forward to it. I can be a little hit or miss there but hopefully we can hit on something and put a run together.”

It’s difficult to describe the feeling at Orange County. Some liken it to the atmosphere of the New York State Fairgrounds and that’s something Super DIRTcar Series fans should come out to experience.

“There’s a different feeling there,” Lehner said. “It’s a historic track. Everyone always talks about it. It’s in the middle of town and the venue is just great. It’s a track everyone wants to get a win at.”