WHAT TO WATCH FOR: Super DIRTcar Series Returns to Weedsport Speedway for Hall of Fame 100

Matt Sheppard looks to stay on top of leaderboard, while Mat Williamson continues drive for a Feature win and Max McLaughlin and Jimmy Phelps look to shine on familiar turf

The Super DIRTcar Series will roar back into Weedsport Speedway on Sunday, July 24 for another round of action-packed racing.It will be the Series’ second stop at the Weedsport, NY track this season, offering not only a $10,000 payout to the victor of the 100-lap Feature, but a guaranteed starting spot at the 50th Running of NAPA Super DIRT Week in October.

Defending Super DIRTcar Series champion and current points leader Matt Sheppard will look to stay ahead of the competition. Mat Williamson will continue his drive for a points-paying win. And the Heinke-Baldwin Racing tandem of Max McLaughlin and Jimmy Phelps will look for a strong run at their team’s home track.

STAYING ON TOP:  Eight-time Super DIRTcar Series champion and eight-time Series winner at Weedsport, Matt Sheppard, of Waterloo, NY, enters the Hall of Fame 100 with the momentum of his second win of the season at Big Diamond Speedway and having finished fourth during the Heroes Remembered 100 at Weedsport in May.

He’ll look to continue his success and hold on to his points lead at the 3/8-mile track, which he won at last year and has won at in a Big Block Modified, 358 Modified and Sportsman Modified. 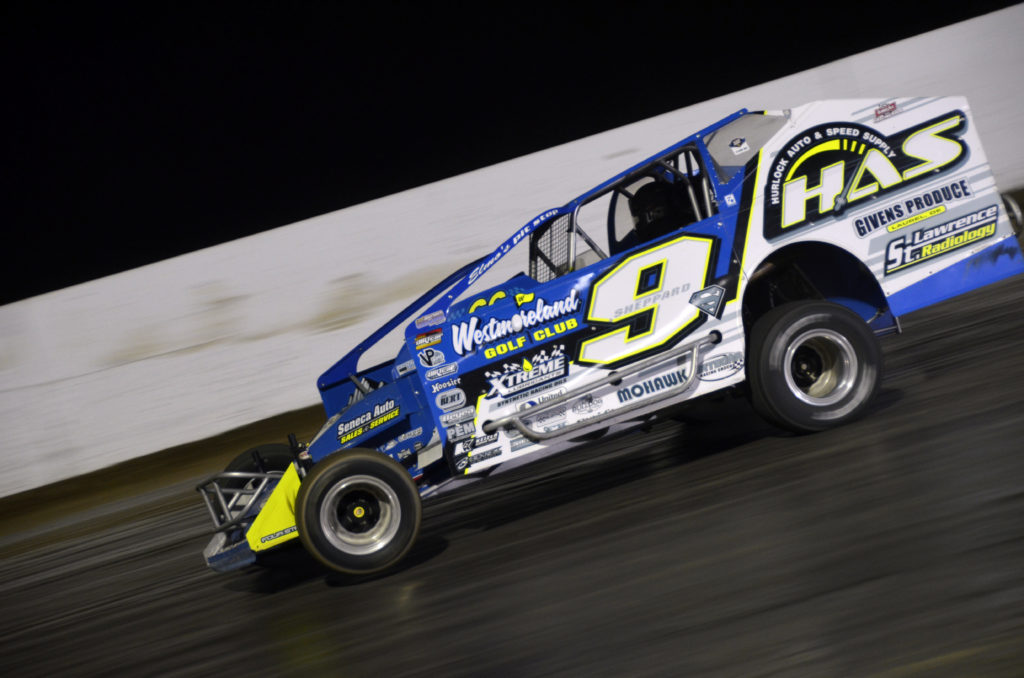 CONTINUING THE DRIVE: The consistency of St. Catharines, ON driver Mat Williamson has been the driving force that has kept his name in contention at top of the leaderboard. Though a Feature win has evaded him thus far this season, Williamson has shown himself to be a formidable contender, notching three top-five finishes.

Weedsport Speedway has been a track the Buzz Chew Racing driver has traditionally struggled at but managed to log his first Weedsport win with the Series at the 2021 Heroes Remembered 100 after passing Billy Decker with 15-laps remaining.

HOME TRACK ADVANTAGE: With the Heinke-Baldwin Racing shop located inside the Weedsport Speedway facility, HBR drivers Max McLaughlin and Jimmy Phelps will be poised for a victory at the team home track.

After posting a DNF at Big Diamond Speedway, McLaughlin dropped to fourth in the point standings, but will be looking to rebound at Weedsport, where he earned his first career Super DIRTcar Series win.

Phelps currently sits in fifth place in the points standings, only six points behind his teammate. Even though #98H is 13th on the all-time list for most Feature wins at the track, Phelps has found success at the track during Series events. He posted an eighth-place finish during the Heroes Remembered 100 back on May 29, and a fifth-place finish in 2021. Phelps is coming off a 15th-place finish at Big Diamond Speedway. 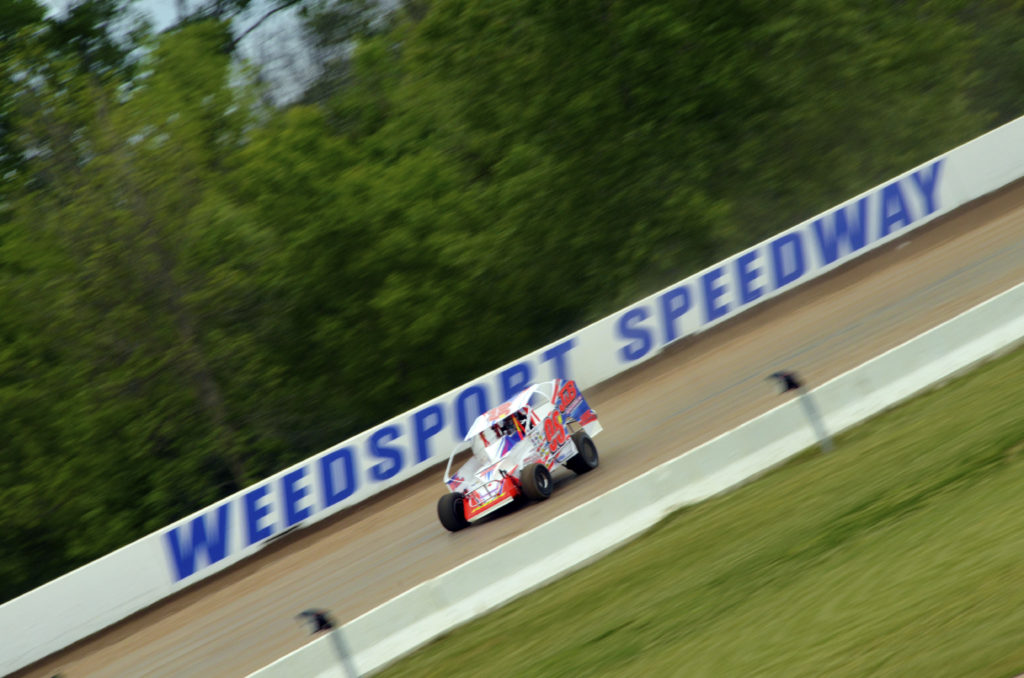 PREVIOUS WINNERS: Stewart Friesen, driver of the #44 Halmar car, took home the checkers during the first Series stop at the Weedsport, NY track back on May 29, besting his competitors during the season’s first test of endurance during a 100-lap race. He led for all but 17 laps for his second tour victory of the year and his fourth career win at the track.

Three-time Series champion Billy Decker is one of the winningest Series drivers at Weedsport Speedway with six victories. However, his last came in 2014. And his last Series win came in 2019. He’ll be poised to try and change that on Sunday.

GAINING GROUND: Tim Sears Jr. of Central Square, NY has had a solid first half of his second full-time season as a Series regular, posting a fifth-place finish at Albany-Saratoga Speedway back on June 24 and a sixth at Land of Legends Raceway.

Sears finished 11th at Weedsport with the Series in May and will be looking for more at the Hall of Fame 100 as he continues his hunt for this first Series win.

AROUND THE TURN: The Super DIRTcar Series will head to Middletown, NY on Thursday, July 28, to compete for $10,000 at the Battle of the Midway at Orange County Fair Speedway.