WHAT TO WATCH FOR: Super DIRTcar Series returns to Albany-Saratoga Speedway for Massive Malta Weekend

The Super DIRTcar Series Big Block Modifieds will return to Albany-Saratoga Speedway for the Massive Malta Weekend on Saturday, Sept. 24.

Adding to the “Massive Weekend” the DIRTcar Sportsman Series will kick off its Fall Championship on Friday, Sept. 23, competing for a $2,000-to-win payday and the DIRTcar Pro Stock Series tour will join the Super DIRTcar Series on Saturday, Sept. 24, competing for a $1,500 check. Also, the track will host a Big Block race on Friday, awarding $4,000 and the 13th starting spot in Saturday’s Super DIRTcar Series event to the winner.

NUMBER SIX: Eight-time and defending Super DIRTcar Series champion Matt Sheppard is having one of his most successful seasons in recent years. He has notched five Feature wins and narrowly missed his sixth at the last Series matchup at Weedsport Speedway, finishing second to Larry Wight.

Sheppard has yet to notch a Series win at Albany-Saratoga and will need to improve on a tenth-place finish from the last visit to the track to do so.

GAIN GROUND: St. Catharines, ON driver Mat Williamson has been in a battle for the top of the leaderboard for most of the season. Currently second in the championship points – 123 points behind Matt Sheppard – Williamson will need to run a top-notch race to gain ground on the reigning champion as the championship finale World Finals at The Dirt Track at Charlotte nears, Nov. 2-5.

He claimed his first points-paying victory of the season at Ransomville Speedway back in August, however he finished 12th at Albany-Saratoga earlier this year. He’s still searching for his first win at the speedway.

REACH FOR TOP 5: “Batman” Peter Britten enters the Malta Massive Weekend with three victories already this season at Albany-Saratoga during its weekly competition. He’ll try to carry that momentum into the Series event as he’s still searching for his first points-paying victory with the Series this season.

A good run could also catapult him up the Series points standings, currently eight points behind Max McLaughlin in fourth, and give him needed momentum for the 50th NAPA Super DIRT Week. 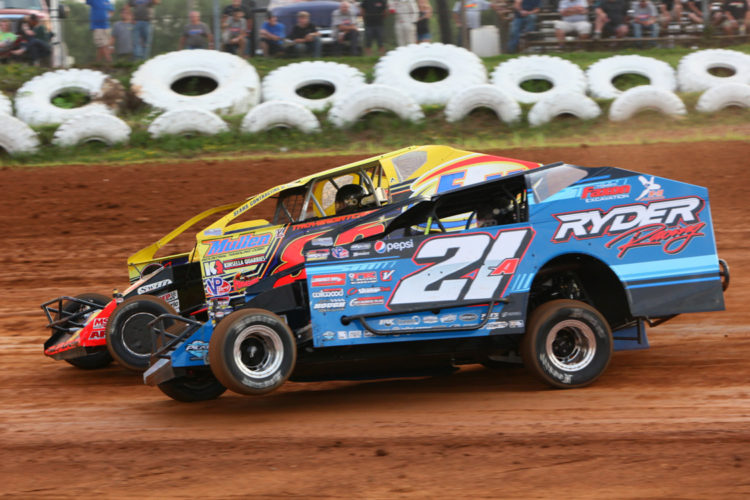 After claiming his first career Super DIRTcar Series victory during the Malt Massive Weekend last year, he then backed up that victory with another Series win at the track in June. He’s also found success during weekly competition at the track, scoring two Feature wins this year.

LOCAL TALENT: Albany-Saratoga Speedway boasts some high caliber talent ready to take on the full-time drivers of the Super DIRTcar Series. Matt Delorenzo, Kenny Tremont Jr, Demetrios Drellos, and Jessey Mueller all sit in the top-10 in track points with at least one Feature win going into the final race of the track season.

Matt Delorenzo is the current points leader with four Feature wins and a commanding lead over Series regular Peter Britten. Thirteen-time track champion and local legend Kenny Tremont Jr. has notched one track win this season. During his storied career, he has logged an exceptional number of laps around the 4/10-mile oval. His extensive experience will be a great advantage while contending with the Series regulars during the 100-Lap event.

Jessey Mueller had one of his best performances when the Series visited the track in June, finishing third behind Marc Johnson and Mike Mahaney. Mueller will look to run another high caliber race this time around to contend for a win.

AROUND THE TURN: The Super DIRTcar Series will travel to Oswego Speedway in Oswego, NY for the 50th Running of NAPA Auto Parts Super DIRT Week, Oct. 3-9.