Each race will award separate SummerFAST points, crowning an overall champion at the end of the week with a special trophy.

WEEDSPORT SPEEDWAY (Monday, Aug. 15): The first race to kick things off will be the rescheduled Hall of Fame 100 at Weedsport Speedway in Weedsport, NY. The winner will receive a $10,000 payout and a guaranteed starting spot at the 50th Running of the NAPA Auto Parts Super DIRT Week at Oswego Speedway.

Eight-time Super DIRTcar Series Champion and current points leader Matt Sheppard landed just outside of the podium during an early Weedsport matchup on May 29. But since then, he has steadily gained steam, competing at the top of his game, winning back-to-back Features. Furthermore, Sheppard has a wealth of experience at the track, capturing seven Feature wins dating back to 2010.

Mooresville, NC driver Max McLaughlin, who won his first points-paying victory on June 30 at Land of Legends Raceway, will be looking to improve on a sixth-place finish earlier this season. Currently third in points, McLaughlin will also have the advantage of racing on familiar turf to help stay in contention for a championship. His Heinke-Baldwin racing teammate Jimmy Phelps, currently sixth in the point standings, will look to improve on an eighth-place finish during his last Series visit at Weedsport – also a home race for the Heinke-Baldwin Racing team.

BREWERTON SPEEDWAY (Tuesday, Aug. 16):  Mat Williamson, the 2019 Series champion from St. Catharines, ON, will be a favorite entering the event at Brewerton Speedway, having won the last two Series events there.

He’s has dropped slightly in the standings, as fellow competitors like Anthony Perrego and Max McLaughlin have gained momentum, so he’ll rely on his previous experience to try and land atop the podium for a third time. 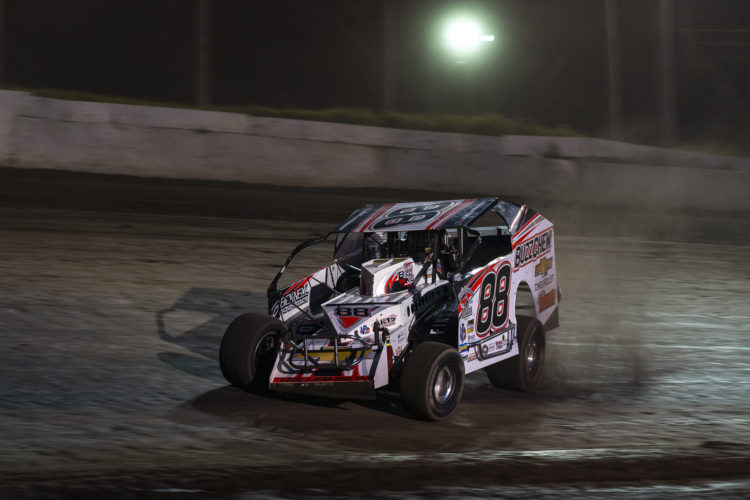 He’ll have to fend off defending Series champion Matt Sheppard who has six career wins at the Central Square, NY track, dating all the way back to 2009. Sheppard finished fifth in the 2021 matchup and fourth in 2019.

Local driver and full-time Series competitor Tim Sears Jr. will inevitably have some extra support from fans when he hits the track as the Central Square, NY native races weekly at Brewerton Speedway. Sears Jr. has three top-10 finishes during Series matchups this season, and currently sits fourth in track points going into the last weekend of competition before SummerFAST.

FULTON SPEEDWAY (Wednesday, Aug. 17): The Super DIRTcar Series will pull into the Fulton, NY track for the first time in two years on Wednesday, August 17. Heinke-Baldwin Racing driver Jimmy Phelps was the victor at night’s end in 2020, holding off several strong charges from eventual second-place finisher Mike Mahaney. Tim Sears Jr. will also be someone to keep an eye on as the Central Square, NY native is currently sitting at the top of the track leaderboard going into the final weekend of competition before SummerFAST. Sears Jr. started racing at Fulton as a teenager, learning every groove like the back of his hand. 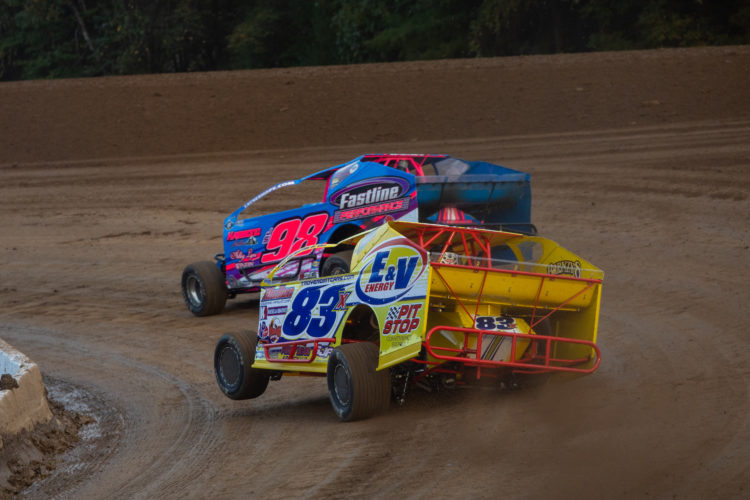 LAND OF LEGENDS RACEWAY (Thursday, Aug. 18): The most prominent storyline coming into the final race of SummerFAST will be Max McLaughlin returning to the track where he scored his first points-paying win of his career on June 30. McLaughlin passed local driver Justin Haers with three laps remaining to capture the hard fought, emotional victory. Since the special night, McLaughlin scored a third-place finish at Orange County Fair Speedway on July 28, bringing the count for his top-10 finishes on the season to five.

Rookie Super DIRTcar Series driver Anthony Perrego has made a slow and steady climb throughout the season. Currently sitting in second place in the point standings, the Walden, NY native is fresh off a strong second place finish at Orange County Fair Speedway and will be a formidable contender for the top of the podium.

AROUND THE TURN: After a week off, the Super DIRTcar Series will venture to Ransomville Speedway in Ransomville, NY for the 75-lap, $7,500 payout at the Summer Nationals. It will be the Series’ only trip to the Western New York track this season, bringing it another step closer to the 50th Running of NAPA Auto Parts Super DIRT Week, Oct. 3-9.