The Beasts of the Northeast return to Albany-Saratoga Speedway, Friday, June 24, for the fifth round in the championship battle this year.

The Big Block Modifieds will compete for $7,500 on the 4/10-mile oval and continue their every-point-matters fight. The top 10 positions in the point standings are separated by a mere 75 points, making the next matchup ripe for top-notch racing. Along with the first four races in the championship season producing four different winners.

RECAPTURE THE FLAG: The last series event at Albany-Saratoga Speedway on Sept. 25, 2021 was a special moment for #35M Mike Mahaney. The Kings Ferry, NY resident and weekly Albany-Saratoga driver managed to beat out the competition, crossing the finish line the quickest for his first career series win.

In doing so, he beat out two of the toughest competitors on the track, multi-time Series winner Stewart Friesen and eight-time Series champion Matt Sheppard, who he’d stood beside in Victory Lane before but always in the second or third spot. Mahaney, currently fourth in the track’s points standings, will look to see if he can recapture some of last year’s magic. 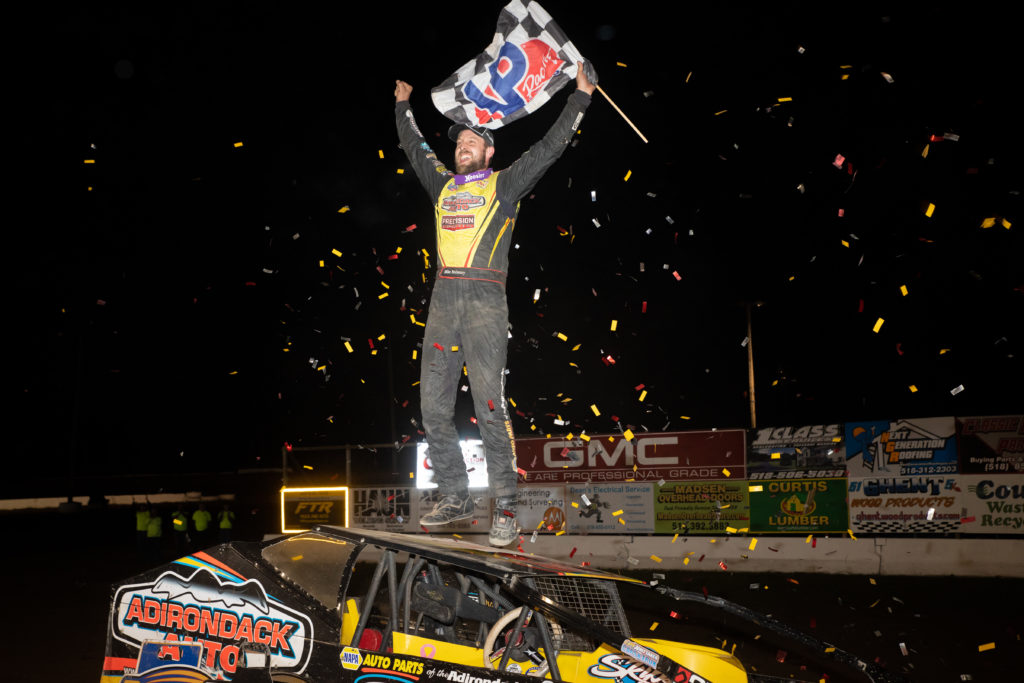 NEW LEADERSHIP: Though St. Catharines, ON driver Mat Williamson has yet to find himself on the podium in a championship Series race this season, his consistent finishes (fourth, fifth, ninth and fourth) have put him just four points out of the lead in the point standings.

With current leader Stewart Friesen unable to attend the Albany-Saratoga event due to his NASCAR Truck Series duties, another consistent finish by Williamson could easily slide him into the lead. His last two showings at the track saw him finish seventh in 2020 and sixth in 2021. 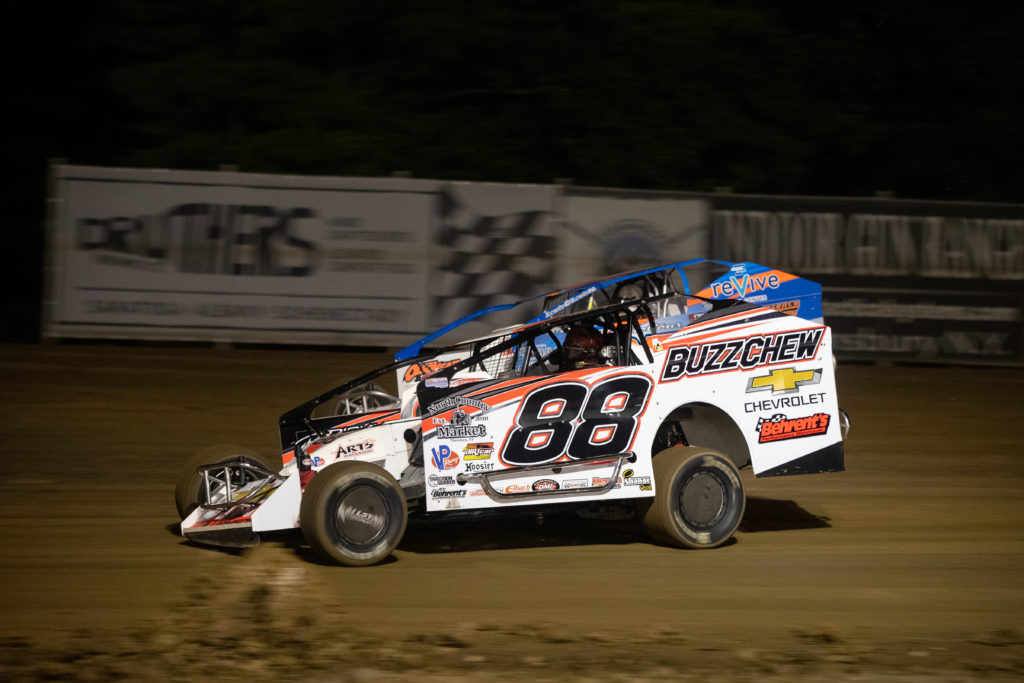 LOOKING TO BREAKTHROUGH: One of the most recognizable and accomplished drivers in Series competition, Matt Sheppard will look to break through and find his stride at a track that has typically been challenging. He has yet to secure a win at the semi-banked clay oval but took a respectable third place behind Stewart Friesen and Mike Mahaney in September.

He’s already claimed a win this year, though, at the 4/10-mile Can-Am Speedway and currently sits fourth in Series points with one win, two top-five finishes and two top 10s.

LOCAL FACES:  Thirteen-time track champion and local legend Kenny Tremont Jr. will look to best Series regulars with his decades of experience and familiarity with Albany-Saratoga. Tremont Jr. logged his first track win this season back on May 6 after a frustrating start to the season, and currently sits fifth in track points.

The second contender who will look to frustrate the plans of series regulars is current track points leader Matt DeLorenzo. The driver of the #3D Big Block has found the top of the podium twice early in the season, and will look to keep the momentum going by adding a Series win.

AROUND THE TURN: The Super DIRTcar Series travels to Western New York for the Stars and Stripes 76 on June 30 at Land of Legends Raceway in Canandaigua, New York.