What To Watch For: Liberty 100 Set for Land of Legends Raceway this Tuesday 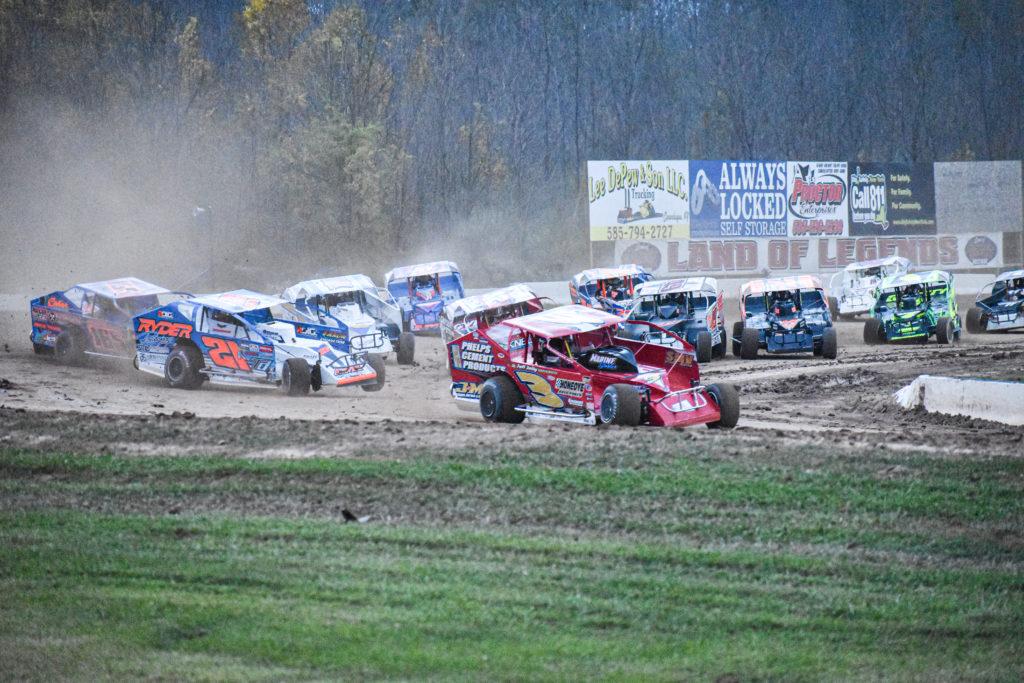 CANANDAIGUA, NY – The anticipation has built and built. On Tuesday, July 20, the stars of the Super DIRTcar Series will return to action at Land of Legends Raceway for the $7,500-to-win Liberty 100.

Seven-time champion Matt Sheppard, Erick Rudolph and Justin Haers are charging into the Series’ return in their home territory on a hot streak. Tim Sears Jr. is riding a wave of momentum after piling up checkered flags in Hoosier Racing Weekly Championship competition at Fulton and Brewerton Speedway.

These storylines and more are on the card for Tuesday’s tour stop in Canandaigua, NY.

The ultimate hometown hero, Justin Haers, from Phelps, NY, has two DIRTcar Big Block Feature wins at Land of Legends Raceway already in 2021. He has one top-five and three top-10s in five Series races this year as well.

Meanwhile, Erick Rudolph is clawing his way back into the Series points picture. A top-five finish at the Series’ last event and his home track, Ransomville Speedway, moved him to 10th overall in points.

Last Saturday, Rudolph visited Victory Lane at Land of Legends for the first time this year in weekly racing and now leads the track’s points standings. That’s exactly what the Ransomville, NY native needed going into a busy time of the schedule.

In the past, Rudolph has proven to be a consistent driver capable of piling up the points. He finished a close second to Matt Sheppard in 2018 in a duel that went down to the wire at NGK  NTK World of Outlaws World Finals. If the #25R can get on a roll starting now, race fans will likely see him climb the standings.

While Sheppard, of Waterloo, NY, isn’t a constant presence at Land of Legends anymore, he’s still managed to pick up three Feature wins there so far in 2021. Few would doubt his ability to win another Liberty 100 at Canandaigua. The #9S parked it at the last Series race at the historic half-mile at DIRTcar OktoberFAST in 2020 – his third Series victory at the half-mile track.

Tim Sears Jr. is on fire in weekly racing. History has shown that drivers can take that success on the road once they adapt fully to 100-lap Feature races. The flashy yellow #83X came out swinging in 2021 but has slowed in Series competition recently. Sears Jr. only has three career starts at Canandaigua including one top-10.

DIRTcar Sportsman Modified Series star Kevin Root has yet to hit his stride with the Big Block Modified. However, Root has one top-10 this year at Land of Legends Raceway to build on going into the Series race.

-There have been 110 Super DIRTcar Series Big Block Modified entries over seven Series races so far in 2021.

-Three out of the top-five in points have won Super DIRTcar Series championships.