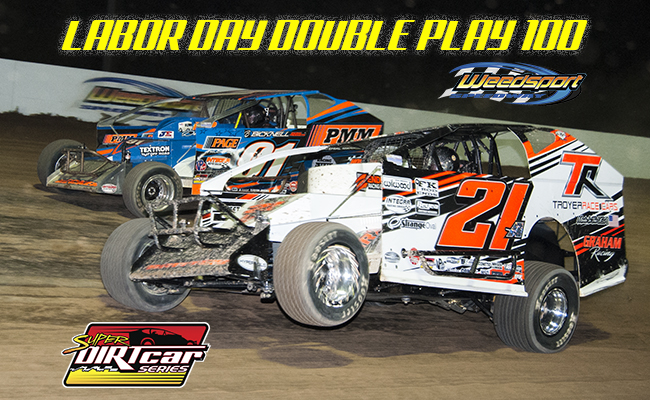 The points race is incredibly tight among the top five Super DIRTcar Series drivers. Super Matt Sheppard has taken four trips to Victory Lane this year, but has suffered some bad luck and mediocre finishes in recent races, allowing Erick Rudolph to close in. Rudolph has been a picture of consistency this year. His first win of 2018 took place at Weedsport Speedway, when he secured his guaranteed start in the Oswego 200.

Max McLaughlin, who is still chasing that elusive first Series victory, rides third in points, within striking distance of the 2018 Championship. He scored a guaranteed start for the Oswego 200 at the first Weedsport race when he finished second to Stewart Friesen, who already had his guarantee. Tucked in behind McLaughlin is his HBR teammate Jimmy Phelps. Phelps’ year has seen highs and lows, including wins and podiums, but also race-ending bad luck. The Baldwinsville Bandit is keen to make a run for the Championship and secure a guaranteed start at NAPA Super DIRT Week XLVII by winning the Labor Day Double Play 100 at his home track.

Never count out The Doctor Danny Johnson. He has two Series wins so far in 2018 and climbed the standings to fifth after a sluggish start. Johnson’s new Ray Graham Troyer race car has been impressive right out of the gate.

Also in action for Weedsport’s Labor Day Double Play is the DIRTcar Pro Stocks. After five races, Jocelyn Roy leads the points standings. Roy has one win and three top-five finishes so far in 2018. The Empire Super Sprints are on the card as well.

Can’t make it to the races? Our partners at FloRacing have you covered with a live HD video stream.