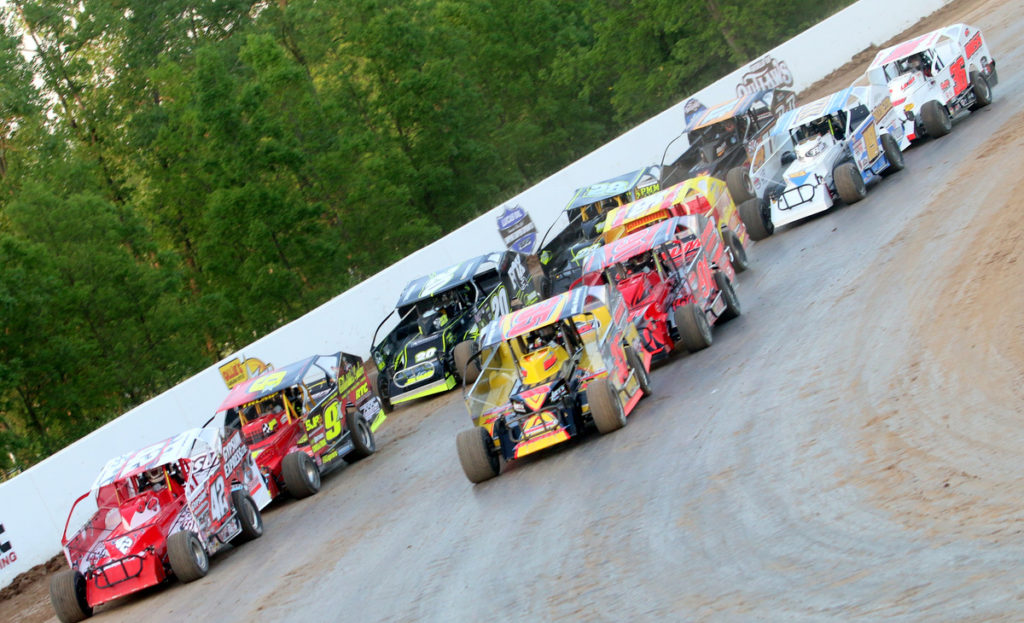 WEEDSPORT, NY – Weedsport Speedway and the history of DIRTcar are inextricably intertwined. Every Super DIRTcar Series star has tested their mettle on the .375-mile Central New York dirt track and the 2020 schedule is primed to bring the excitement to race fans once again.

Weedsport Speedway is the ultimate test of a driver’s car and throttle control. Multiple racing lines from the top to the bottom of the track develop in every race. Only the best of the best have figured out the fastest way around. Matt Sheppard and Erick Rudolph have been the ringers as of late but by all accounts, the Super DIRTcar Series field is catching up.

The Super DIRTcar Series kicks Weedsport’s racing season off on Monday, May 25. The Heroes Remembered 100 is quickly becoming a Memorial Day tradition for racers and fans across the Northeast.

Round two at the historic Central New York oval falls on Sunday, June 26 when we celebrate the induction ceremony at the Northeast Dirt Hall of Fame with the classic $10,000 to win Hall of Fame 100.

The Cavalcade of Cup Weekend, Friday & Saturday, September 11-12, is one of the premier dirt track racing events in the Northeast. The weekend culminates with the 100-lap Super DIRTcar Series Feature. Also on the card is the only DIRTcar Pro Stock Series race of the year at Weedsport. The Empire Super Sprints are scheduled for the weekend as well.

One of the highlights on the schedule comes on Saturday, August 1 when the World of Outlaws NOS Energy Drink Sprint Cars come to town along with the DIRTcar 358 Modifieds. The Greatest Show on Dirt is sure to pack the stands once again.

The final race of 2020 at Al Heinke’s preeminent facility takes place on Wednesday, October 7. The NAPA Super DIRT Week Kick-Off Party features the DIRTcar 358 Modified Series and the DIRTcar Sportsman Modified Series. The Sportsman will be in the midst of the Fall Championship Challenge.

Don’t make your visit to Weedsport Speedway a day trip. There are multitudes of great restaurants, shopping, and activities in nearby Syracuse, NY. Don’t miss the famous Dinosaur BBQ or Middle Ages Brewery for some pre-race lunch and libations. If all the racing has you itching to get behind the wheel, hit RPM Raceway in the huge Destiny USA mall for indoor karting.

There are plenty of hotels nearby but none are closer than the Days Inn right off the Weedsport New York State Thruway exit only a half-mile away from the speedway.

If you are a returning fan or a first-timer, there is something for everyone at Weedsport Speedway.

Sunday, May 3 – Test and Tune – All divisions