Weedsport Hall of Fame 100 Up Next 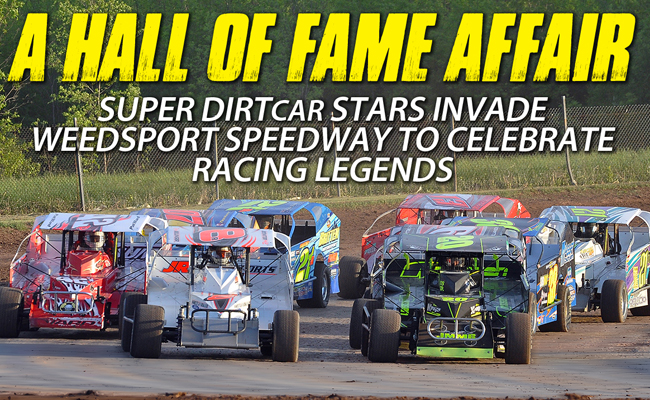 Weedsport, N. Y. – August 4, 2015 – The Super DIRTcar Series Big-Block Modifieds will take to the renovated 3/8-mile at Weedsport Speedway to complete a grueling three-races-in four nights stretch with the $10,000-to-win Hall of Fame 100.

Monday night, Mat Williamson of St. Catharines, Ontario drove to the first win of his Super DIRTcar Series career at Merrittville Speedway and became the seventh different winner in 11 events this season.

Eight-time Series champion Brett Hearn of Sussex, N.J., third in points, is gaining ground on the leaders. Hearn picked up his first 2015 win at Autodrome Drummond and was second to Williamson at Merrittville.

Drivers with top-3 finishes, but not a win include Pat Ward of Genoa, N.Y., Larry Wight of Phoenix, N. Y. and Jimmy Phelps of Baldwinsville, N.Y.

Paying $500 to take the green, the Hall of Fame 100 is expected to draw a large field. Thirty-eight cars were in the pits at Merrittville.

“Come early and come hungry,” advises Jimmy Phelps, Weedsport’s General Manager. “The track is racy, the place will be packed and the concessions are top-notch!”