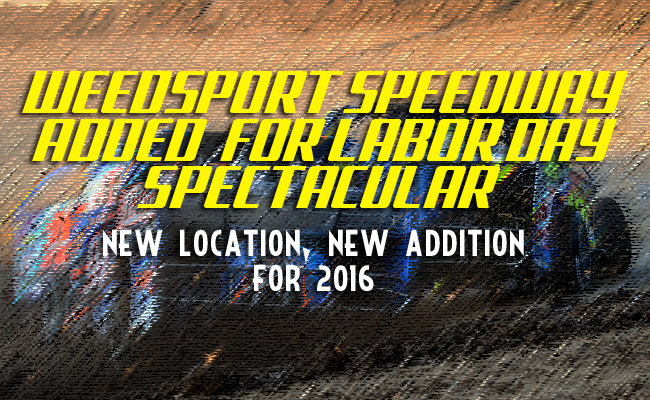 Construction delays and discussions with Central New York Raceway Park officials freed up the Super DIRTcar Series Labor Day event, which Weedsport quickly picked up in order to transform a previously scheduled non-series event into a bigger and better event for all involved.

An extremely congested northeast schedule through mid-July forced Weedsport Speedway’s management to make the tough decision to postpone their originally scheduled July 24 event featuring Big-Block Modifieds and the Empire Sprints. The July 24 date, sandwiched between a 3-day stretch in Ohio and an early week swing through Quebec, made it difficult for teams and traveling fans to attend.

On Monday, September 5, Weedsport Speedway will welcome the Super DIRTcar Series Big-Block Modified tour, along with the best 360 Sprint Car racers in the Northeast, set to broadcast on MAVTV Speed Sport. Event details and ticket information will be available in the coming weeks, so make plans today and spend Labor Day at The Port.

And don’t miss the Super DIRTcar Series Big-Block Modifieds up next at The Port on Tuesday, August 9, for the Hall of Fame 100 with the Napa Sportsman Shootout Series.