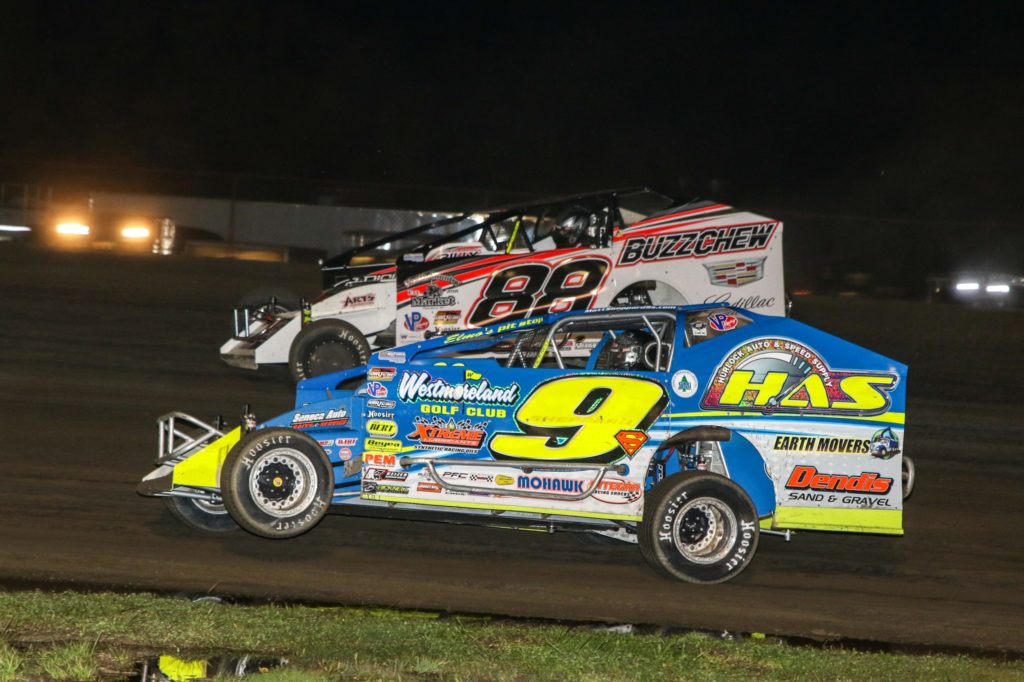 Some of the greatest drivers to ever strap into a race car in the Northeast have contested the Central New York half-mile clay oval. Before it was dirt, NASCAR Hall of Fame inductee Richie Evans was an icon at the track. Today, seven-time Super DIRTcar Series champion Matt Sheppard, 2019 Utica-Rome Speedway track champion Erick Rudolph, and many more vie for supremacy in series races as well as Hoosier Racing Tire Weekly Championship action.

The Utica-Rome season comes into 2020 with a roar on Sunday, April 19 with a $2,500-to-win DIRTcar Big Block Modified Spring Break special. All three of Utica-Rome’s DIRTcar Hoosier Racing Tire Weekly Championship divisions will be in action as well including a $1,500-to-win DIRTcar 358 Modified race.

All the above drivers put on an incredible show every year at NAPA Super DIRT Week and fans can experience that thrill every Sunday night at Utica-Rome.

In what has become a Fall classic, the speedway opens up the racing action for NAPA Super DIRT Week XLIX on Tuesday, October 6 when the DIRTcar 358 Modified Series and the DIRTcar Sportsman Modified Series take on the half-mile speedway. This will be the second stop at Utica-Rome for the 358 Series as the second Series race of the year takes the green on Sunday, May 10 in celebration of Mother’s Day. Each event will boast a nice, hefty $4,000 winner’s share.

The DIRTcar Sportsman Modified Series also makes three stops in Vernon, NY in 2020. First is the Father’s Day special on June 21 where a Central Region event pays $1,000 to win. The newly formed Eastern Region races on Sunday, August 2 for the Jan Corcoran Memorial. Then the Series joins the 358s during NAPA Super DIRT Week XLIX on Tuesday, October 6 as a part of the fall Championship Series which also pays $1,000 to win.

The Empire Super Sprints are in town three times on three holiday weekends. The first falls on Sunday, May 24. Then, Utica-Rome caps off Central NY Speedweek on Sunday, July 5. The final visit is Sunday, September 6.

There’s more to do at Utica-Rome Speedway than just world-class racing. FrogFest Featuring country singer Dylan Jakobsen on Saturday, May 30.

Nearby the track, visitors can check out the famous Turning Stone and  Vernon Downs Casinos. If you want to slow down from the pace of the race track, stop in at the Bull Farm Antiques and Market. For some great tunes and food, schedule your lunch or dinner at the Nothin’ Fancy Country Rock Saloon.