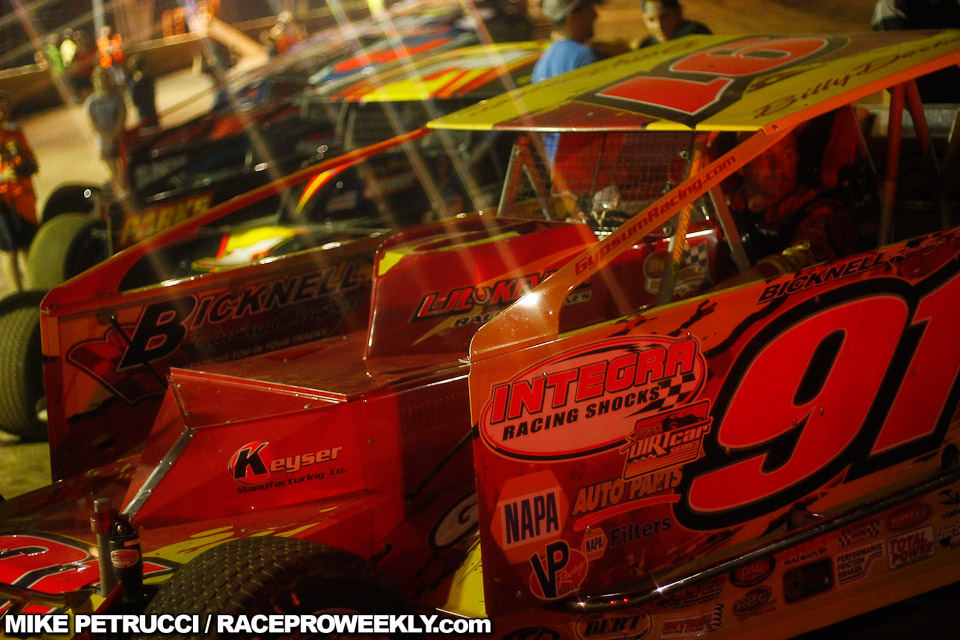 WEEDSPORT, N.Y. – July 1, 2014 – Brett Hearn’s “The Big Show” keeps getting bigger every year, and it’s sixth running is no different. Set for Tuesday, July 8, (rain date Tuesday, July 29) at Albany-Saratoga Speedway, in Malta, N.Y., “The Big Show 6″ features an increased purse and a new division to make what is already one of region’s most popular mid-summer shows even more impressive.

Additional sponsorship this year has allowed for an increased winner’s share of $10,000 for the Super DIRTcar Big-Block Modified Series feature event that night. Event promoter and racer Hearn expects to see the biggest field of Modified competitors in the race’s history, for more reasons than the money.

“Everyone I speak to has nothing but good things to say about that track,” said Hearn, who plans to race the Madsen Overhead Doors No. 20 in Tuesday’s show. “Guys I’ve talked to have really been putting this on their calendar earlier this year as opposed to other years because the track conditions are good, the racing’s good and it’s the kind of place where a lot of people want to be.”

Hearn, who happens to be the defending “Big Show” champion and Super DIRTcar Series Champion, is currently second in series points to Matt Sheppard, of Waterloo, N.Y. With a strong season thus far racing weekly at Albany-Saratoga, Hearn is hopeful that “The Big Show 6″ will help give him a boost in the series point standings.

“We’ve done very well here,” Hearn said of Albany-Saratoga Speedway, where he leads in track points. “In my mind, it’s one of the best short race tracks anywhere.”

In addition to the Super DIRTcar Series Big-Block Modifieds, this year’s “The Big Show” will feature, for the first time ever, two Sportsman Modified features. The field for these twin 20-lap races for the DIRTcar / Albany-Saratoga Sportsman Modifieds will be set by timed hot laps and a redraw for the top 12.

“It’s a great showcase for young drivers who want to work their ways up through the ranks,” said Hearn of this addition to the schedule. “When you look at the sheer numbers of Sportsman cars that run at Malta on Friday night, between the rookies and the regular guys, it’s just so many guys that want to race and so many guys that want to be recognized as part of a big event like ‘The Big Show.'”