With the roar of NAPA Super DIRT Week now a faded echo across Lake Ontario, the Beasts of the Northeast are heading south to tame the hunger of another marquee event.

For the first time since 2019, the Super DIRTcar Series will return to the Dirt Track at Charlotte in November (4-6) for the NGK NTK World Finals, joining the World of Outlaws NOS Energy Drink Sprint Cars and World of Outlaws Morton Buildings Late Models. While Matt Sheppard is set to wear the biggest smile as an eight-time Series champion, surpassing dirt Modified legend Brett Hearn for the most titles in Series history, Australian Peter Britten will be the most eager for a strong performance to leave his 2021 Super DIRT Week in the past.

After leading the first 150 laps of the 200-lap Billy Whittaker Cars 200 during NAPA Super DIRT Week, Britten’s dream of winning the prestigious event deflated with a flat tire after Tyler Dippel collided with Britten while battling for the lead. Dejection and disbelief painted the Aussie’s face after the event. World Finals will give him a chance to wash it all away before the 2021 season concludes – an event he called “pretty kick-ass to be a part of.”

“That three-division four-wide, it makes for such a cool photo. Cool video,” Britten said. “Everyone sees that back home (in Australia), too. The whole facility down there in Charlotte. The dragstrip. The big track. The dirt track. It’s such an amazing thing to be a part of.

“I remember the first year going down there, just kind of in awe, looking around everywhere; mouth open, just, ‘Man, this is awesome.” 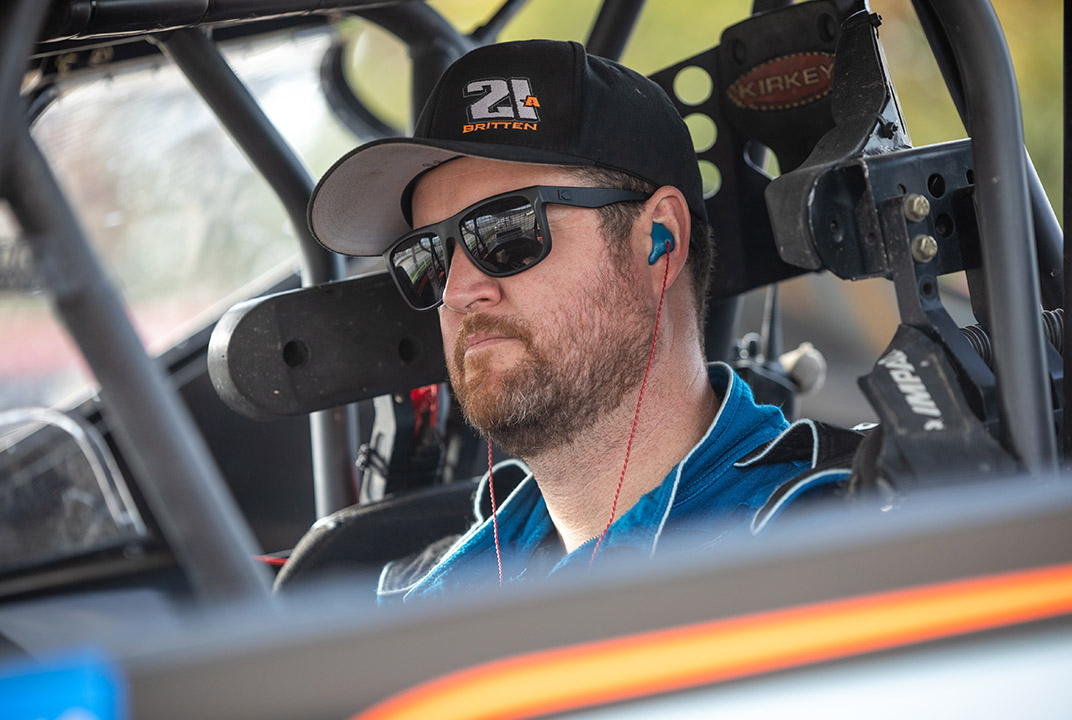 Britten has made 17 starts during World Finals with the Super DIRTcar Series. In that time, he’s earned a career-best finish of second in 2012 and produced an average finish of 10.3 at the event.

In general, he classified his performance at the 4/10-mile track as hit-or-miss. Some years, he’s come down with his #21A Big Block Modified and contended for the win, while others he’s left wondering what went wrong.

“It’s a tough track to be good at,” Britten said. “There are times [at Charlotte] I’ve been very close to winning and I’ve had years there where I’ve been horrible. It always has the best cars that go down there. You know you have to bring your A-game. You have to bring your A-game no matter where you go, but down there it is very demanding on cars and drivers. Your motor program has to be up to par.”

Even though he enters the 2021 NGK NTK World Finals coming off a disappointing run at Super DIRT Week, Britten is still riding the momentum of a solid 2021 Super DIRTcar Series season. He won his second career Series race at Land of Legends Raceway – just a touch bigger than The Dirt Track at Charlotte – and currently sits fourth in points (seven points back from second).

Before this year, his best points finish was seventh twice. He at least wanted to be in the top five by World Finals. Mission accomplished.

“My realistic goals at the beginning of the year were to be top 5 in points and we’ve exceeded that,” Britten said. “Kind of hoovered around the second and third mark throughout the year. Really, I want to cement myself in the top end of the field. Hopefully going down there (to Charlotte) we’ll be in a good spot to do that.

“If we can end up second or third in points, there’s no reason to not chase the (championship) win next year.”

First, he’ll try to sweep the weekend in Charlotte to propel him into a strong 2022 season, which will see the 50th anniversary of NAPA Super DIRT Week. On Thursday, Nov. 4, the Super DIRTcar Series will run Hot Laps and Heat Races for Friday (Nov. 5) and Saturday’s (Nov. 6) $10,000-to-win Features.

“Like I said, just being a part of a big event like [NGK/NTK World Finals] is what I really enjoy about racing,” Britten said. “I don’t really have favorite tracks as such. I more think about being a part of big events. Obviously, the World Finals is a big event. It gets me excited. To be rolling around the racetrack and look up and see a packed grandstand of 20 thousand people. Every year it is packed, too. It’s just a cool thing to see.”

If you can’t make it to the event, you can watch all the action live on DIRTVision – either online of with the DIRTVision App.