[vc_row][vc_column][vc_column_text]While every team enters a new season with the confidence they can win the championship, Heinke-Baldwin Racing enters with evidence.

Teammates Jimmy Phelps and Max McLaughlin each picked up a win a DIRTcar Nationals and Phelps earned his first Big Gator Championship.

That momentum has both drivers riding a high into the 2022 Super DIRTcar Series championship season opener at Atomic Speedway, March 25-26.

“We’ve been so damn fast, and it’s been so much fun,” said McLaughlin, of Mooresville, NC.

The 22-year-old rejoined HBR this year after driving for Coffey-McCreadie Enterprises the last two years. His Super DIRTcar Series career started with HBR at 15 years old when team co-owner Al Heinke gave McLaughlin the chance to run a Big Block at The Dirt Track at Charlotte.

“That was it, man,” McLaughlin said. “Everything I’ve accomplished at this point was because of that. I would not be here.”

Now, back with the group that gave him his start and teamed with Phelps again, he’s confident he’ll be a championship contender. That also stemmed from the team he has around him. Jake Pietrowicz joined as his crew chief this year and he has Kurt Wiegel building his cars.

McLaughlin, along with Phelps, also cited the team’s turn to Dig racing shocks has significantly helped advance their program.

“I worked with the Dig guys all off-season, building shocks and working there,” McLaughlin said. “I learned a ton. I feel like that’s made me smarter, working on the cars and setting them up. I really communicate really good with my crew chief Jake. He came over from Gypsum. Kurt builds one of the nicest cars in the pit area. That definitely helps.

“It’s a good feeling to have really good positive vibes around you. I think we’re going to win a lot of races.”

His DIRTcar Nationals win was his third career Super DIRTcar Series victory – also the first 1-2 finish for HBR since 2015 – but McLaughlin is still looking for his first points-paying Series win. 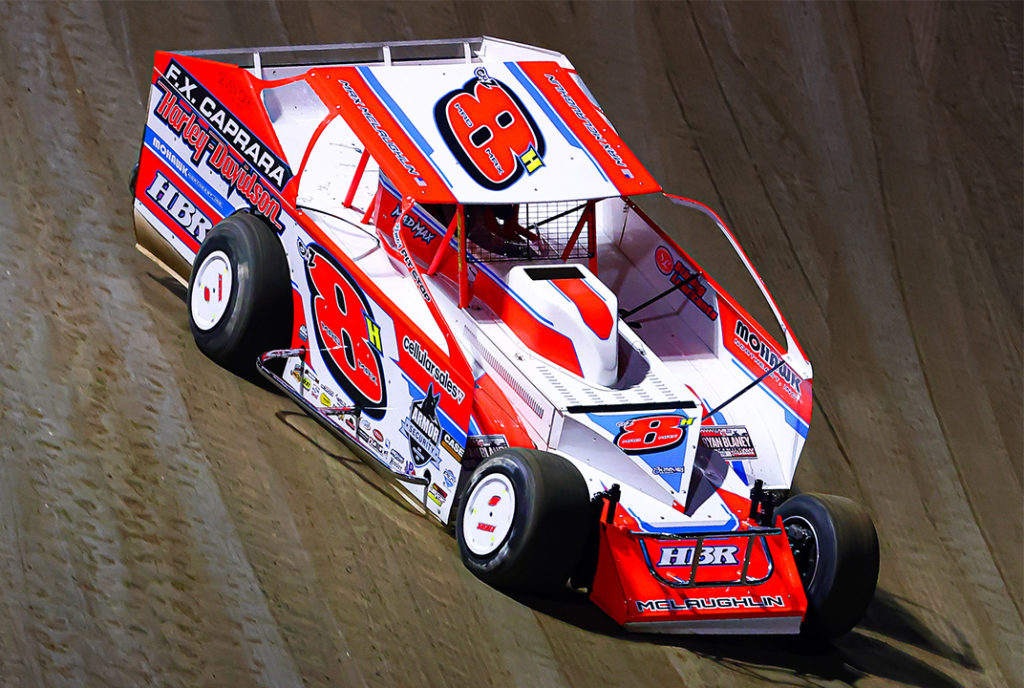 Before the start of the season, Phelps, who is in his 26th year of competing with the Super DIRTcar Series this year, said there would be significant benefits to having his younger teammate back. Instead of McLaughlin leaning on his experience, he would probably be leaning more on Max’s.

When asked if he thought some of his DIRTcar Nationals success was an early result of their reunion, Phelps said, “Yeah, 100%.”

“We had a great week,” the Baldwinsville, NY native added. “We bounced stuff back and forth. We had a lot of fun. Yeah, I mean, it’s exciting going into [the 2022 season].

“We got rolling pretty good there at the end of last year when we made some changes. We went with Dig racing shocks. They became a huge help to our program. Then, when Max came back, he obviously brought a whole other wealth of experience, and we can kind of share notes. It can’t hurt.”

Phelps’ DIRTcar Nationals victory was his first at Volusia Speedway Park and his first Series win since 2020. He admitted the win felt like a surprise, as well, having never felt like he had a solid handle on the fast half-mile. And while he won’t visit the track again until next year, the win is a major positive in his quest for his first Super DIRTcar Series title.

He and McLaughlin will look to continue their winning ways during the Rumble in the Hills doubleheader weekend at Atomic Speedway in Waverly, OH. Friday night’s Feature will pay $10,000-to-win and Saturday night’s event will pay $25,000-to-win. Both nights will also award a 50th NAPA Super DIRT Week (Oct. 3-9) guaranteed starting spot. 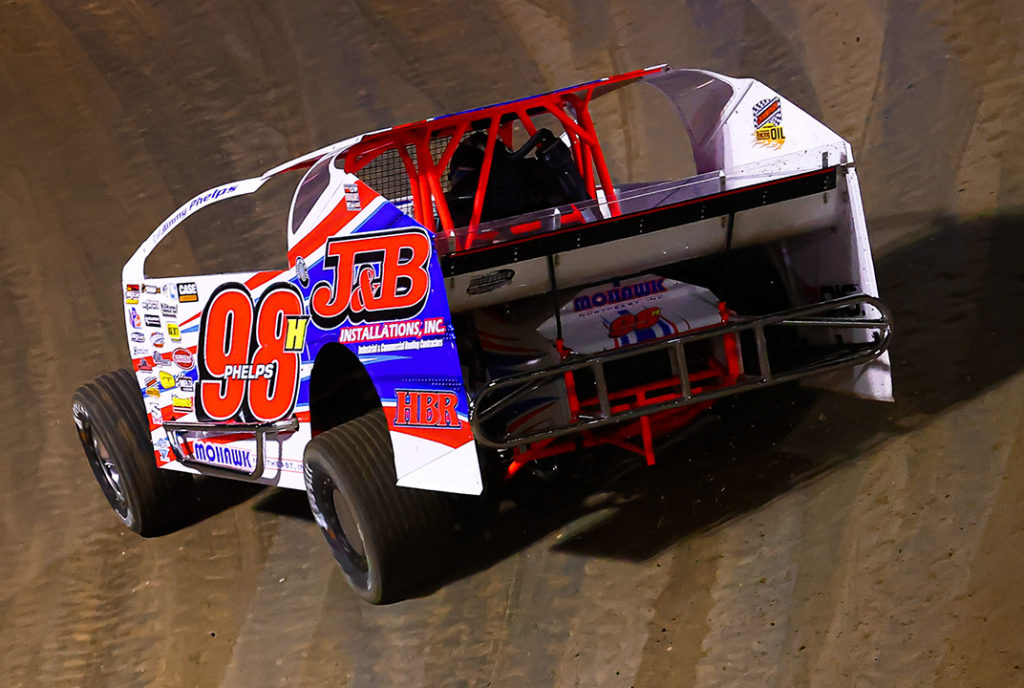 If you can’t make it to the track, you can watch all the action live on DIRTVision – either online or by downloading the DIRTVision App.[/vc_column_text][/vc_column][/vc_row]