Peter Britten was finally able to lay a foundation he could stand on this year in preparation to build a strong 2022 Super DIRTcar Series season and go after his first championship.

The Queensland, Australia driver had a career year in 2021, securing his second Super DIRTcar Series win and finishing fourth in the Series standings – his first top-five Series points finish.

With an increased points fund in 2022 and a robust schedule – featuring the 50th NAPA Super DIRT Week at Oswego Speedway – Britten is spending his off-season getting his car, and himself, primed for another run at success. With some needed rest in between.

“Trying to not work as hard as we do all year long,” Britten said. “I’m not burning the midnight oil like you do during the year. The body needs a bit of a break. I got a bad back, so trying to get back to the gym as a focus point. I try to go during the year but once you get busy you stop going. Trying to build up my core strength and anything I can do to help myself be better in a race car.”

At this point in his life, Britten stated, going to the gym isn’t a want, it’s a need. He endured a couple of hard hits this season, one that aggravated an old injury. Turning to fitness is helping him rehabilitate and improve his stamina for the coming season.

“Part of that is I still need to get back to full fitness and hopefully exceed that and get into really good shape,” Britten said. “Plenty of NASCAR drivers have proven it over the years; fitness is important in our deal. When it’s 100 degrees and it’s a 200-lap race or a 100-lap race, you know, toward the end of that race you don’t want to get worn out.”

Mending weak points is a key focus for Britten going into the 2022 season, knowing everyone else is doing the same. More than the drivers that succeeded in 2021, he’s looking at those he felt underperformed and making sure they don’t surpass him if they find success again.

Strengthening those weak points means getting better at certain tracks he struggled at. However, he used the word “struggle” lightly. To him, the nights he was off, he wasn’t off by much.

“Seemed like we were pretty fast off the trailer every night where we went,” Britten said. “The way the tracks change, deteriorate, and their shape affects the setup more. I think we learned some stuff. It’s all fine-tuning stuff. I’m not going to go back and build a whole new race car to tackle those racetracks.

“It’s just I need a little more spring rate here, a little less spring rate there. Maybe a little less shock or something. The cars are pretty sensitive to where to make a completely different feeling race car it doesn’t take a lot of adjustments. You can dial yourself out pretty easily. If you’re taking big swings you’re probably too far off anyway. And we weren’t.” 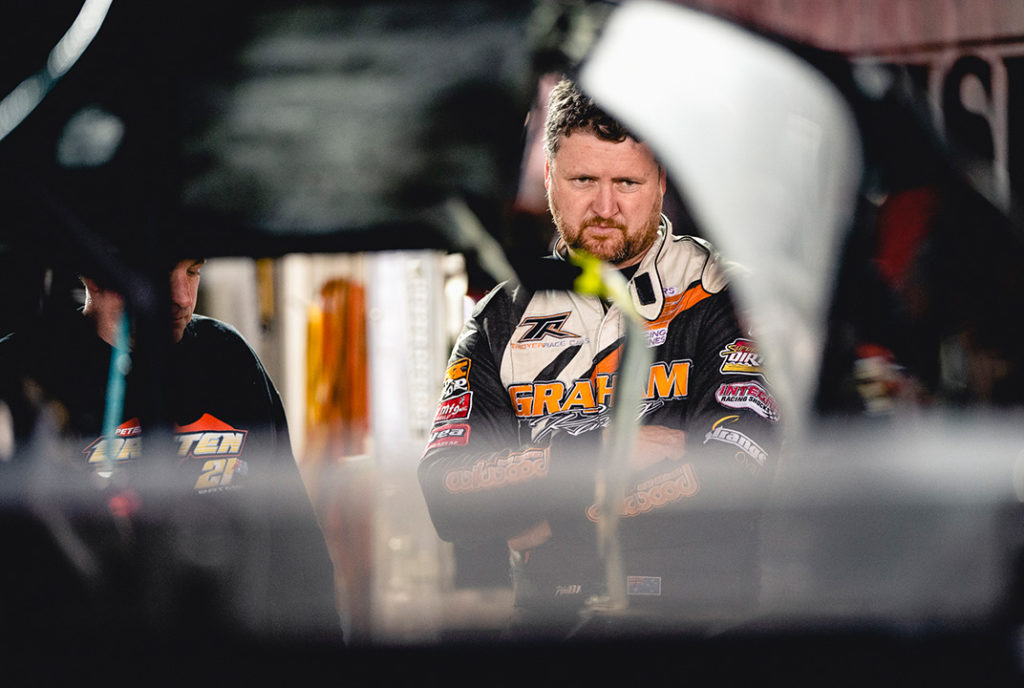 This year was his first in a Bicknell chassis. With it, he won with the Super DIRTcar Series at Land of Legends Raceway, finished fourth in points, and led the first 150 of 200 laps during NAPA Super DIRT Week’s Billy Whittaker Cars 200 before getting involved in an accident. It’s a foundation he’s excited to build from and bring into 2022 with a number of big events he has circled on his calendar.

“The thing I look forward to the most with racing are the bigger events,” Britten said. “I get up a little bit more for a bigger event. Obviously, I’m looking forward to (the 50th NAPA Super) DIRT Week (Oct. 3-9) and stuff like that. I’m looking forward to Atomic (Speedway, March 25-26). I’ve heard a lot of good things about it. It’s a new speedway (for the Series). I’m excited about that. The SummerFAST stuff (Aug. 16-18 at Brewerton Speedway, Fulton Speedway and Land of Legends Raceway), that’s a cool deal. It’s like a mini speed week deal. Hopefully, everyone gets behind it from fans and competitors and it’ll be a successful deal and we’ll be able to keep doing that.”

The Super DIRTcar Series will kick off its 2022 season at Volusia Speedway Park, Feb. 14-19, during the DIRTcar Nationals. Then, the championship season will commence March 25-26, for the Series’ debut at Atomic Speedway in Waverly, OH – also the first two NAPA Super DIRT Week Qualifier races of the year.

[My daughter] likes to play with her dollhouses and stuff. It’s neat. It’s a good mental break from racing,” Britten said. “There’s nothing like seeing a 5-year-old girl smiling at you.”

If you can’t make it to an event, you can watch every Super DIRTcar Series race live on DIRTVision – either online or with the DIRTVision App.