With track championships and a couple of Super DIRTcar Series wins already on Anthony Perrego’s resume, he’s eager to take the next step in his career.

“In the last couple years I think we really came into our own with more experience,” Perrego said. “The more time you spend in the seat the better you’re going to get. I’m at the point right now in my career where I think it is time to go out and do the Series.”

Having known Salerno during his time racing at Orange County Fair Speedway, the two had met in 2020 to discuss potentially teaming up but were up able to put something together. For 2022, though, all four stars aligned.

Perrego will continue to race weekly in Brian Smith’s #44 Modified while focusing on Salerno’s car for the Super DIRTcar Series tour. It makes for one of the busiest schedules of his career, but he said he’s confident in both teams’ programs.

“I think with Vinny’s knowledge, being around racing for many years, I think he’s got a lot of knowledge that can lead us to great things,” Perrego said. “Brian’s deal is really good, too. Really looking forward to working with Vinny and everyone over there.”

Salerno has had a long history in dirt Modified racing with his Four Star Racing team, seeing success with all-star drivers like Brett Hearn and Tim McCreadie. Kevin Root ran full-time for Four Star Racing with the Series in 2021 and will continue to drive for the team this year, but won’t be full-time on the tour. 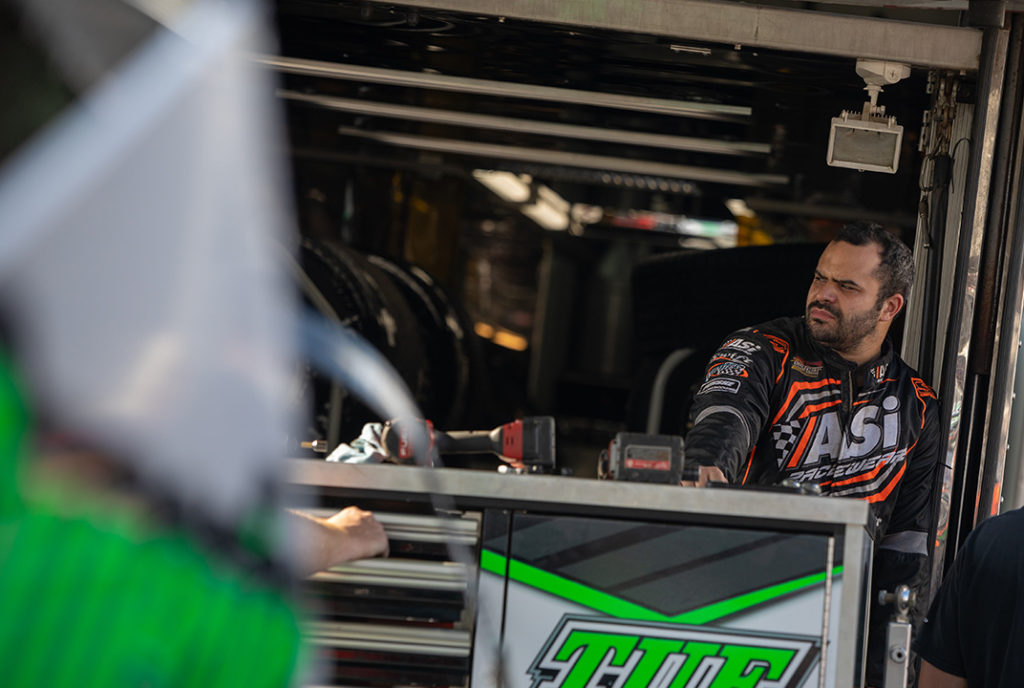 To him, it’s all a sign of his talent progression. The more he races, the more he learns. And at 27 years old, he’s had the opportunity to learn a lot as he prepares for his first run at a Super DIRTcar Series championship. Currently, on his Super DIRTcar Series stats sheet, Perrego has two wins, two top-fives and six top-10s in 26 starts.

While he has the benefit of having visited several tracks on the Super DIRTcar Series 2022 tour already, he’s also looking forward to the ones he’s yet to race at. It’s a challenge he knows will only make him a better driver.

“I think all and all, you start racing all of those Series races and it’s going to make you better,” he said. “Looking forward to that.”

Of the big events he has circled this year, Perrego said he’s looking forward to the three-day SummerFAST event (Aug. 16-18) with Brewerton Speedway, Fulton Speedway and Land of Legends Raceway and the 50th NAPA Super DIRT Week at Oswego Speedway (Oct. 3-9).

“Obviously, Super DIRT Week is something special in itself,” he said. “But being the 50th anniversary it would be damn cool to win that.”

The 2022 Super DIRTcar Series season kicks off during the DIRTcar Nationals at Volusia Speedway Park, Feb. 14-19. For the full 2022 schedule, CLICK HERE.