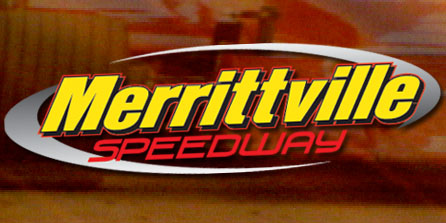 If you haven’t been following the countdown to the Super DIRTcar Series ’10 Big-Block opener at Hagerstown Speedway this weekend, maybe you should be. It’s as easy as clicking on  http://www.superdirtcarseries.com/NewsArchive.aspx.

Whether you do or don’t, if you are a Merrittville Speedway fan, you have to know that the Big-Blocks are set to return to the Thorold, Ont. oval on Monday, Aug. 2 – a trip they first started making annually in 1972.

In 2010, with the celebration of the first Bob St. Amand Memorial 100, race fans and especially race teams will see quite an event presented by L. St. Amand Enterprises.

“When we lost Senior unexpectedly last summer the entire racing community rallied around Bob’s family,” remarked Merrittville General Manager Erica Bicknell. “Now they’ve embraced the event and it is shaping up to be the event of the summer!”

Since it was announced in the fall that Merrittville Speedway’s longest running event would be renamed in honor of Bob St. Amand Sr., the family has held several meetings with the goal to make it the best ever.

“It’s something he would have liked to be a part of,” prided Bob St. Amand Jr. “Merrittville drivers … and visitors alike … they all meant so much to him. Everyone in the family is doing their part.”

While the family-run company is sponsoring the event, it is inviting everyone to take on a challenge and participate in many rewarding levels that are available.

Race fans wishing to extend a special message to their favorite driver, or racing-minded business owners wishing to donate to the event, please visit http://merrittville.proboards.com/index.cgi?board=general to see who has already sponsored a lap.

“We are also planning on adding to the popular Kids Bike Giveaways,” added Heather St. Amand. “Papa was just as proud of the fans of all ages that came out to Merrittville.”

Several Merrittville drivers over the years have enjoyed success in the event that brings in DIRTcar’s best each year. And that started right from the first edition in 1972. Although Will Cagle won, the rest of the top-5 were hometown heroes— Ivan Little, Jeno Begolo and Denny and Don Deagle— all of them Wall of Famers like Bob Sr.

The event over its history has been run as Big-Block, 358-Modified and combined events. Since it’s return to the Big-Block schedule in 2006, that year resulted in Merrittville drivers Pete Bicknell and Ken Cosgrove taking the runner-up and third-place spots.

Will this season, the first one run for Senior, find a local stealing the spotlight?

Before it’s refocus to featuring 358-Modifieds, Ron Smoker stole the show from Brett Hearn in a last lap last corner move that is still being talked about to this day! During the 358 phase, Bicknell (2002) and Jamie Turner (1994) both took home top honors.

In last year’s edition, Matt Sheppard put on a virtual clinic in winning his first August Classic at Merrittville after Justin Haers shattered the track record in time trials.

“How sweet it would be if one of Papa’s own is in Victory Lane,” anticipated Senior’s daughter Colleen Curvin. “Regardless of the outcome , we are working on bonuses for Merrittville regulars … each division on the card as well.”

Bob St. Amand Senior was Merrittville Speedway’s 1972 Modified Points Champion and was inducted into the L. St. Amand Enterprises Wall of Fame by the Merrittville Speedway Reunion Committee in 2002. When he retired from racing he became Merrittville’s Pit Steward until his passing after last year’s Super DIRTcar Series event. Up until that time the event had been run for 17 years in memory of Trevor Wilkens.

In addition to the 100-lap Big-Block Modified event, the extravaganza will also feature a Hoosier Stock Duel on the Dirt Big 6 event and a Modified Lite Championship Tour show. This special also features the famous Club Castropignano Pasta Dinner.

In the weeks leading up to the start of the season, race fans can keep visiting www.merrittvillespeedway.com and follow us on Face Book or at www.twitter.com/merrittville for all the pre-season news including drivers making moves from one division to another, former drivers returning to the sport and all the news on what events to look forward to.