Sheppard looking for more at Canandaigua 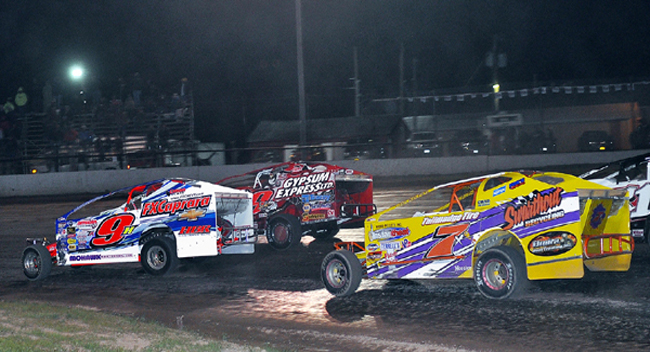 Sheppard looking for more at Canandaigua

Canandaigua, N.Y. – June 29, 2015 – Matt Sheppard of Waterloo. N.Y., driver of the FX Caprara/Camara Slate No. 9H Big-Block Modified, is apt to return to Canandaigua Motorsports Park Thursday, July 2 the way he left it in May – as the Super DIRTcar Series point leader.

In addition to the Big-Block 76, which offers a $30,000 purse, the holiday race card includes the Empire Super Sprints, 602 Crate Sportsman Modifieds and fireworks. Post time is 7 p.m.

Sheppard enters the Ohsweken event with a slim, six-point lead in the Series standings over defending champion Billy Decker of Unadilla, N.Y. (429-423). Both drivers have won two of the first five series races.

Danny Johnson, Jimmy Phelps and eight-time Series champion Brett Hearn currently hold down positions 3-4-5 in the standings. All will be on hand at Canandaigua Thursday as part of an anticipated large Big-Block Modified field. Thirty-seven Big-Blocks were in the pits at the May 20 event.