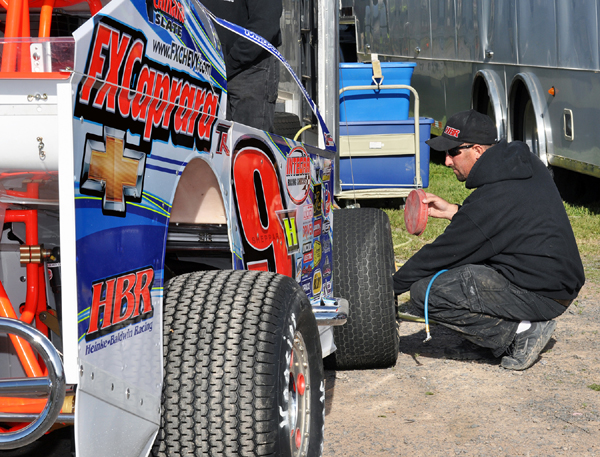 “We’re off to a good start this season, but Grandview is a track that I have never had any luck or success at,” Sheppard said. “We are going to work really hard to try and change that this year.”

Sheppard will have to contend some familiar rivals such as 2014 Super DIRTcar Series champion Billy Decker, eight-time Series champion Brett Hearn, Stewart Friesen, Jimmy Phelps and Danny “The Doctor” Johnson of Rochester, NY. Johnson won the last Super DIRTcar Series event at Brockville Ontario Speedway to close within six points of Sheppard. He will also be up against a highly competitive group of Grandview regulars including Craig VonDohren, Duane Howard, Jeff Strunk and Doug Manmiller.

Sheppard was second in the Series opener at Fulton Speedway and was a dominant winner at Canandaigua Motorsports Park and gained ground late for 10th at Brockville. He’s a multi-time feature winner at Canandaigua this season and recently pocketed $10,000 in a 100-lap special event at Utica-Rome Speedway.