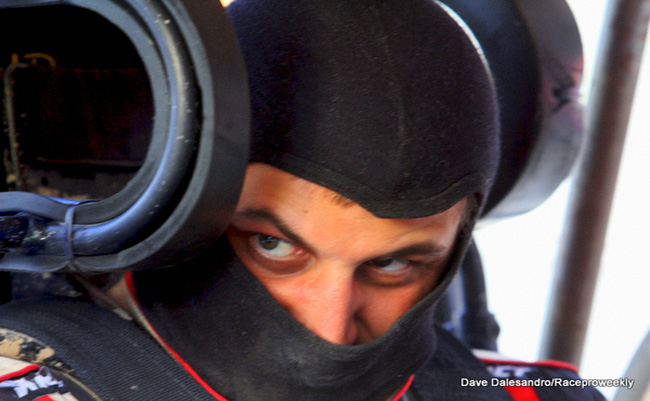 CONCORD, N.C. – Nov. 3, 2015 – Matt Sheppard of Waterloo, N.Y., has the fourth Super DIRTcar Series championship of his career in his sights as the Big-Block Modified Series heads to The Dirt Track at Charlotte this week for Bad Boy Buggies World Finals on Thursday, Friday and Saturday.

Sheppard has driven the FX Caprara/Mohawk Northeast Inc. No. 9h for HBR Racing to four wins and 21 top-10s in 22 starts on the Super DIRTcar Series circuit this season. He leads defending 2014 Super DIRTcar champion Billy Decker of Unadilla, N.Y. by 86 points (3,027-2,941). He accomplished a three-peat championship run in 2012.

Two 40-lap, $8,000-to-win events on Friday and Saturday are all that remain for Decker to deny Sheppard and earn a fourth Super DIRTcar crown for himself.

Sheppard’s HBR Racing teammate Jimmy Phelps of Baldwinsville, N.Y., is also still mathematically in the title chase with 2,860 points. Feature wins both Friday and Saturday are worth 150 points.

Decker has one more win than Sheppard, but two key comeback efforts have been instrumental in Sheppard’s hold on the top spot in the standings.

At Autodrome Granby in August, Sheppard pitted early for adjustments, came back out in 26th and finished fifth. He flipped violently at Brockville Ontario Speedway in October, started at the rear of the field in a back-up car, and raced his way to a fifth-place finish.