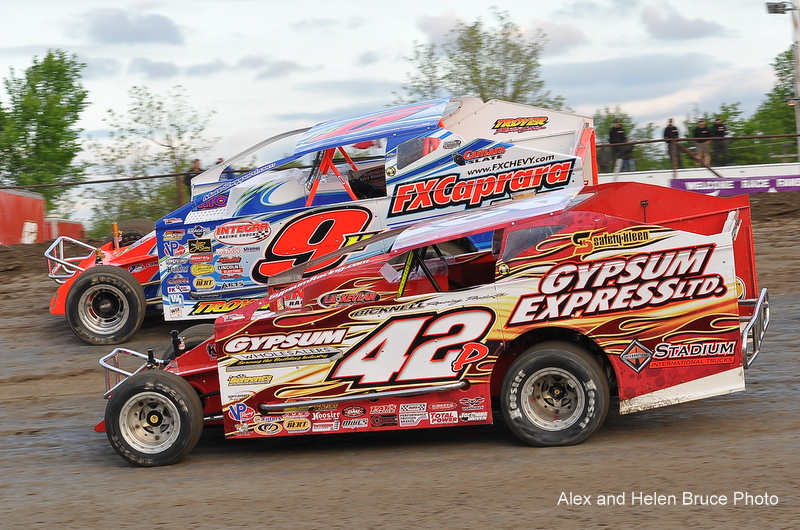 “Hopefully our car will be as good as it was at New Egypt and hopefully we can get good a run there,” said Sheppard, who last year finished second in Super DIRTcar Series points to veteran driver and eight-time series champion Brett Hearn. “It’s a little bullring there, real racy. It’s fun to race there when your car’s right.”

Sheppard’s 2014 run under the Heinke-Baldwin Racing banner has already seen success, including a pre-season victory in February during DIRTcar Nationals presented by Summit Racing Equipment and a top-five finish in the series points opener at Brockville Ontario Speedway. However, with strong contenders like Hearn, currently second in points standings, and Central New York star Billy Decker, now third, Sheppard knows he has his work cut out for him as the racing season starts to heat up.

Gates open at Cornwall Motor Speedway for the Round 3 of the Super DIRTCAR Series at 5:30 p.m. Sunday, June 29th. Racing is scheduled to begin at 7 p.m. For more information about the Super DIRTcar Series, visit www.superdirtcarseries.com.

ABOUT THE TRACK: Quarter-mile high-banked oval