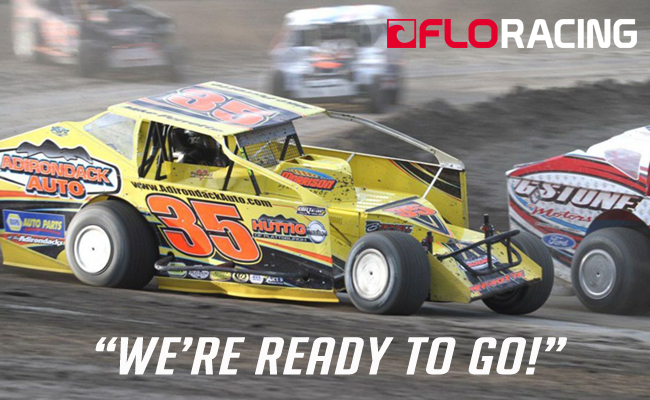 ‘We’re Ready to Go!’: Perrotte is Geared up for Fulton

After a long offseason and a sometimes painful two-month break since big block modifieds were last on track, the Super DIRTcar Series is ready to fire engines for its 2018 season this Saturday at Fulton Speedway for the Highbank Holdup 100.

Sure, there’s been various modified races throughout the Northeast since the Super DIRTcar Series ran a trio of races at February’s DIRTcar Nationals at Volusia Speedway Park in Florida, but the opening points race on the series’ schedule always brings with it another level of anticipation.

Mike Perrotte, the director of the Super DIRTcar Series and DIRTcar Northeast, is eager to get back to the track and begin the new campaign.

“We’re all excited to get going,” Perrotte said of his Super DIRTcar Series team. “You work all winter at something and you really look forward to watching some racing. Our whole team is excited and we’re ready to go. We’re looking forward to it because we’ve been planning for a while.”

The series underwent a number of changes over the course of the winter for the 2018 season, including the Super DIRTcar Series’ new agreement that will see several races throughout the season broadcast live on FloRacing. The series makes its FloRacing debut this Saturday at Fulton.

“I was really pleased to see the FloSports agreement put in place,” Perrotte said. “It will get our guys a lot of coverage nationally. I was really happy to see that happen. Now we’re really looking forward to going racing.”