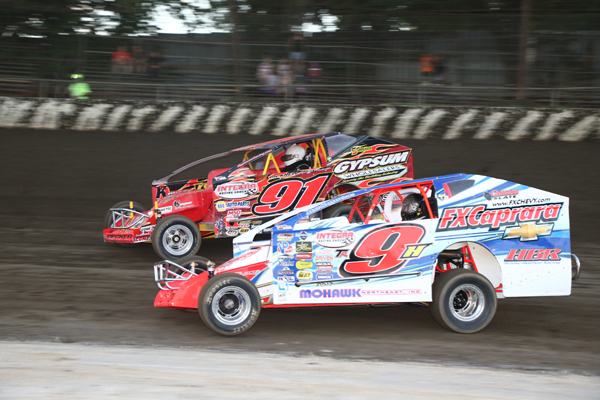 DRUMMONDVILLE, QUEBEC – July 21, 2015 – DIRTcar NE Director of Series and Sanctioning Mike Perrotte confirmed that driver Matt Sheppard received half of the points and money he had apparently earned with his second-place finish in Monday’s Super DIRTcar Series 100 at Autodrome Drummond after weighing in five pounds light during post-race inspection.

Perrotte cited the DIRTcar rule book which states, “If the weight violation occurs after the feature race and is 10 lbs or less, the competitor may receive one half of his potential purse money and one half of the earned points for that feature event”.

Despite the assessment, Sheppard emerged from the Autodrome Drummond event as the Super DIRTcar Series point leader after entering the race in a first-place tie with defending Series champion Billy Decker.

Decker struggled with mechanical woes at Drummond on the way to a 26th-place finish and now trails Sheppard by three points. Jimmy Phelps, third in the standings after finishing 4th at Drummond, is 42 points further back.

Tuesday’s event at Autodrome Granby was cancelled due to heavy rainfall and wet grounds.

The next event on the Super DIRTcar Series schedule is the Bob St. Amand Sr. 100 at Merrittville Speedway in Thorold, ON. Monday, August 3.