Exactly one year ago Dale Planck was scrambling to put together a race team. New car owner and new chassis program made the transition that much more challenging as the second-generation driver from Cortland, New York prepared for the trip south.

Another season has arrived yet not much has really changed for the Advance Auto Parts Super DIRTcar Series standout as he continued to inventory equipment for use in 2009. Despite producing the best season of his career, Planck has been just as busy parking new cars and storing away spare parts, leaving little time to rest up for anything else.

“Racing in general is always a scramble, its just a matter of how much control you have between constantly ordering and picking up parts, then setting up the cars,” figured Planck, 38, who began re-organizing owner Carey Terrance’s Hogansburg, New York shop as soon as the 2008 season ended last autumn. He spent all winter stripping down the ’08 Rez X Racing no. 77x Grow It Hydroseeding-Action Race Parts mount while prepping a brand new Big-Block entry for use as a back-up in Florida.

“Up until this week its been just about the same pace as last winter. Even though it was a new team, a year ago all the engines were done and we ran the existing cars early in the season. Our motors finally came back this week freshened up so now its just a matter of getting everything loaded,” said Planck, who will leave Saturday for the Sunshine State.

Planck is among 35 entries signed up for the 38th Annual Alltel DIRTcar Nationals By UNOH that gets underway next week at Volusia Speedway Park in Barberville, Florida. Race action begins Wednesday, February 11 and concludes Saturday, Feb. 14 with a big $5,000-to-win 50-lapper. Two more Big-Block shows are scheduled in between on Feb. 12-13 with an optional practice day saved for Tuesday, Feb. 12.

For a second successive year, the so-called off-season slowdown in December never materialized for Planck as his relentless work ethic nearly sidelined him far beyond the holidays. He succumbed to a back injury that knocked him out of action for two weeks.

“I went to a doctor, then a chiropractor and was told it was close to a herniated disc,” divulged Planck, who will be back hoping to click with the proven Teo Pro Car chassis/Kevlar motor combination. On the mend now and ready to race, the shooting pain became so intense that random collapses in the garage became a common occurrence before he was finally treated after Christmas. “There were a few times I couldn’t even move. I took a week off and just laid flat on my back. The toughest part was doing nothing but thinking about all the work that needed to be done. I think everybody will be stepping it up a little bit in Florida and I just didn’t want to sit around idle over the winter.”

On the brink of departing for his fifth straight full-fledge foray to gator country, Planck persevered through mechanical issues in last year’s opener (23rd) to rebound with a win and two thirds to place fifth in the final Florida Tour standings. He finished 21st on the 2005 points chart and jumped up all the way to 4th-place the following winter before securing runner-up status in ’07. The ‘Natural’ kicks off the 2009 campaign with an even dozen DIRTcar Big-Block Modified feature wins, including five in Advance Series competition.

“I was confident going to Florida last year and that win gives me even more motivation to take the whole thing (points) this time,” said Planck, who is joined on the pre-race roster by defending Alltel DIRTcar Nationals champion Brett Hearn and Jimmy Horton, with all three reaching Volusia’s victory lane a year ago. “We’ve been among the fastest cars every night out down there lately, just need to be a little more consistent.”

“And consistency is what its all about up north. Last year was definitely my best. I had more wins than the previous three years combined with a lot of top-5s mixed in. I really want to have a year like Billy (Decker, Mr. DIRTcar Champ, 22 wins). The biggest thing is keeping the equipment working right the whole season. We had a wreck with the primary car in the summer and just never got going with the back-up the rest of the way. But I still learned more than ever before. Not just with set-up and gears, but with driving, when to be conservative and when to push hard. The Advance Series is my top priority so everything I do goes toward giving us the best shot,” added Planck, who settled for third in the overall 2008 Hoosier Tire Mr. DIRTcar Championship points chase, scoring three wins and 16 Top-10s in the 26-race Advance Auto Parts Series.

Success is also the number one priority for Terrance and the effort that Planck puts forth is easily matched by his car owner both on and off the track.

“Even though Carey let’s me call all the shots, he’s still in the shop every day and I consult with him on every decision that is made,” remarked Planck, who noted that Terrance recently withdrew his entry from this year’s Alltel DIRTcar National although he expects to watch his driver compete at VSP in the Wednesday and Thursday shows before returning home due to business commitments. “He’s as involved an owner as you could possibly have, especially since he’ll still be following the DIRTcar Small-Block Series again this year.”

“I think the best part about Carey is his ability to take what I tell him and apply it out on the track, not just come close, but hit a bulls-eye almost every time. And that’s probably the strong suit with this team. We all listen to each other knowing it will make our program that much stronger in the long run,” added Planck, who also maintains the loyal services of designated crew chief Taylor Hill and transport operator Rich Laffin.

Tickets remain on sale for the Alltel DIRTcar Nationals that began February 3 and continue through Valentine’s Day at Volusia. Tickets for each individual night can be purchased and tickets are also available in blocks for each headline division. Along with the Big-Block Modifieds, competition during the weeks also features Sprint Cars (Feb. 3-8), Late Models (Feb. 9-14) and UMP DIRTcar Modifieds (Feb. 3-10). For tickets please visit: https://volusia.ticketdirector.com/ticketdirector.web.ui/SelectEvent.aspx or call the track directly at 386/985-4402. 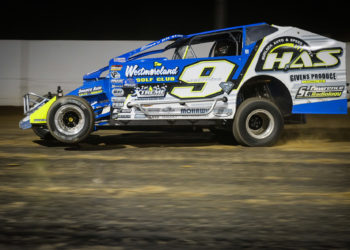 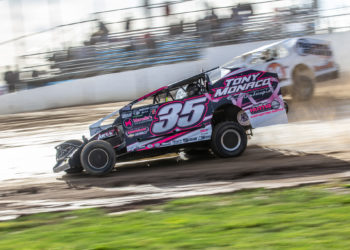