Jimmy Phelps will enter his 26th season of racing with the Super DIRTcar Series in 2022 eager to return to Victory Lane and eager to still learn. In particular from his 21-year-old teammate.

Phelps, of Baldwinsville, NY, will run full-time with the Series again in 2022, with Max McLaughlin returning as his teammate at Heinke-Baldwin Racing for the first time since 2018.

“So far, it has been great,” Phelps said about teaming with McLaughlin again. “It really hasn’t been a big adjustment. I’m seeing more of him and more of Mike (McLaughlin), which is great because, Mike, his father, is awesome. He has been a huge help to me. We’ve stayed friends right through this whole process. It hasn’t been a huge adjustment. They’re back there every day. I can’t see anything not positive about it.

“He’s come a long way in a short time since he started. He’s come a long way to the point now where he’s really gotten smart with the cars. He’s living it and breathing it. I’m at the point in my life where I have too many responsibilities to be living and breathing it. I see myself, where when he first started, he was relying on me, now I see myself relying on him more than he’s relying on me for feedback and setup stuff. I’m excited to see where it goes.” 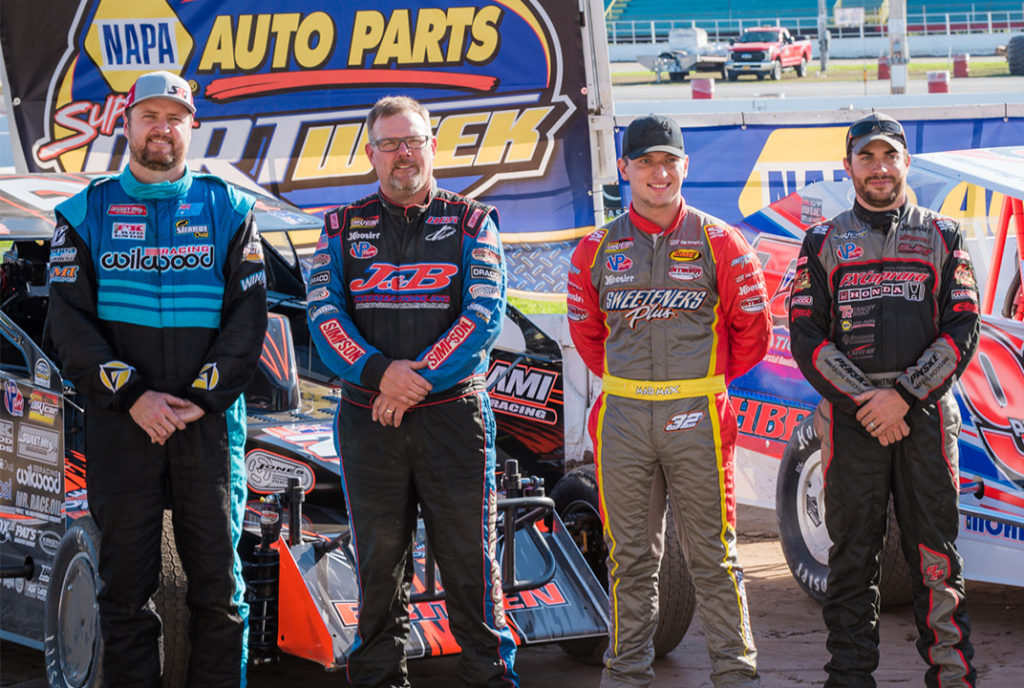 While Phelps picked up the track championship at Brewerton Speedway and Weedsport Speedway in 2021, he went winless with the Super DIRTcar Series for the first time in three years. It’s a disappointing goose egg on the stat sheet for Phelps, who said he thought his team performed well in general. However, he also acknowledged they didn’t put themselves in a position to win enough.

Part of that error comes from him and his team continuing to learn the new coil package as it evolves every year. But that’s where he said he thinks McLaughlin will be a big help.

“When I say Max will be a bigger benefit than I will to him, he doesn’t have 25 years of notes to throw in the trash (about non-coil suspension setups),” Phelps said with a chuckle.

Phelps’s team switched to a new shock partner for 2022 and will first put it to the test at Volusia Speedway Park during DIRTcar Nationals, Feb. 14-19. The veteran driver has yet to win at the Florida half-mile – another stat he’d like to change.

This is another area where his new teammate may be of help. McLaughlin earned his second career Super DIRTcar Series win at Volusia in 2021 and claimed the Big Gator Championship. Last year, Phelps finished 11th, 27th, 7th and 7th, respectively, during DIRTcar Nationals.

“For me, it’s funny. I’ve had some good runs there but never really left there feeling like I had a good handle on it,” Phelps said. “I think the biggest thing for us as a race team, the goal is to run good but also, for us, it is that time of the year where we need to get our brains back into racing and the setups. Everything it takes to get in tune for the summer. Win, lose or draw, you leave there focused on racing.”

When it comes to the 2022 Super DIRTcar Series schedule, featuring nearly 30 races from February to November, Phelps said he’s looking forward to it all. While 2021 was the Series’ first full season back since the pandemic about halted racing in 2020, he said the year still felt abbreviated. He’s excited to get back to a full slate of events, which includes new trips to Ohio and Pennsylvania.

Among the events circled on that list, he said are the Series’ debut at Atomic Speedway (March 25-26), the four events at Weedsport Speedway (May 29, July 24, Sept. 10-11), the 50th NAPA Super DIRT Week at Oswego Speedway (Oct. 3-9), the NGK NTK World Finals at The Dirt Track at Charlotte (Nov. 2-5) and the new three-day SummerFAST event (Aug. 16-18), featuring Brewerton Speedway, Fulton Speedway and Land of Legends Raceway.

With several new positives on his side for the 2022 season, Phelps is still eager to learn and eager to park his #98H Big Block back in Victory Lane.

“At the end of the day, we expect to run well,” Phelps said. “I’d like to think we’re going to put ourselves in a position to do the best we can every single night. If we do that, points will play out and hopefully, we win some races.” 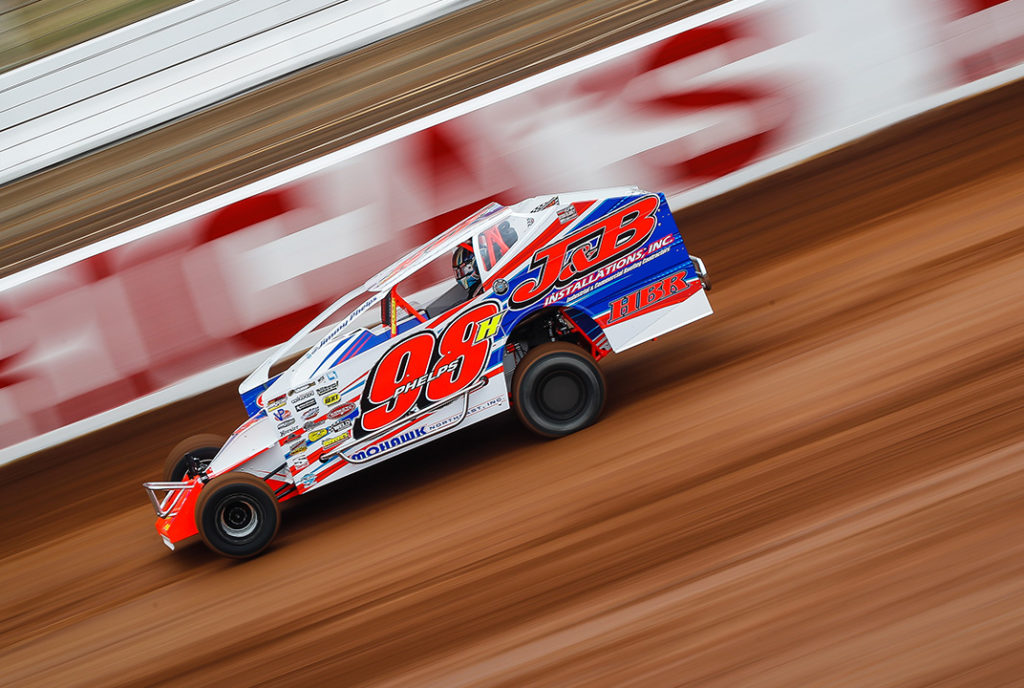